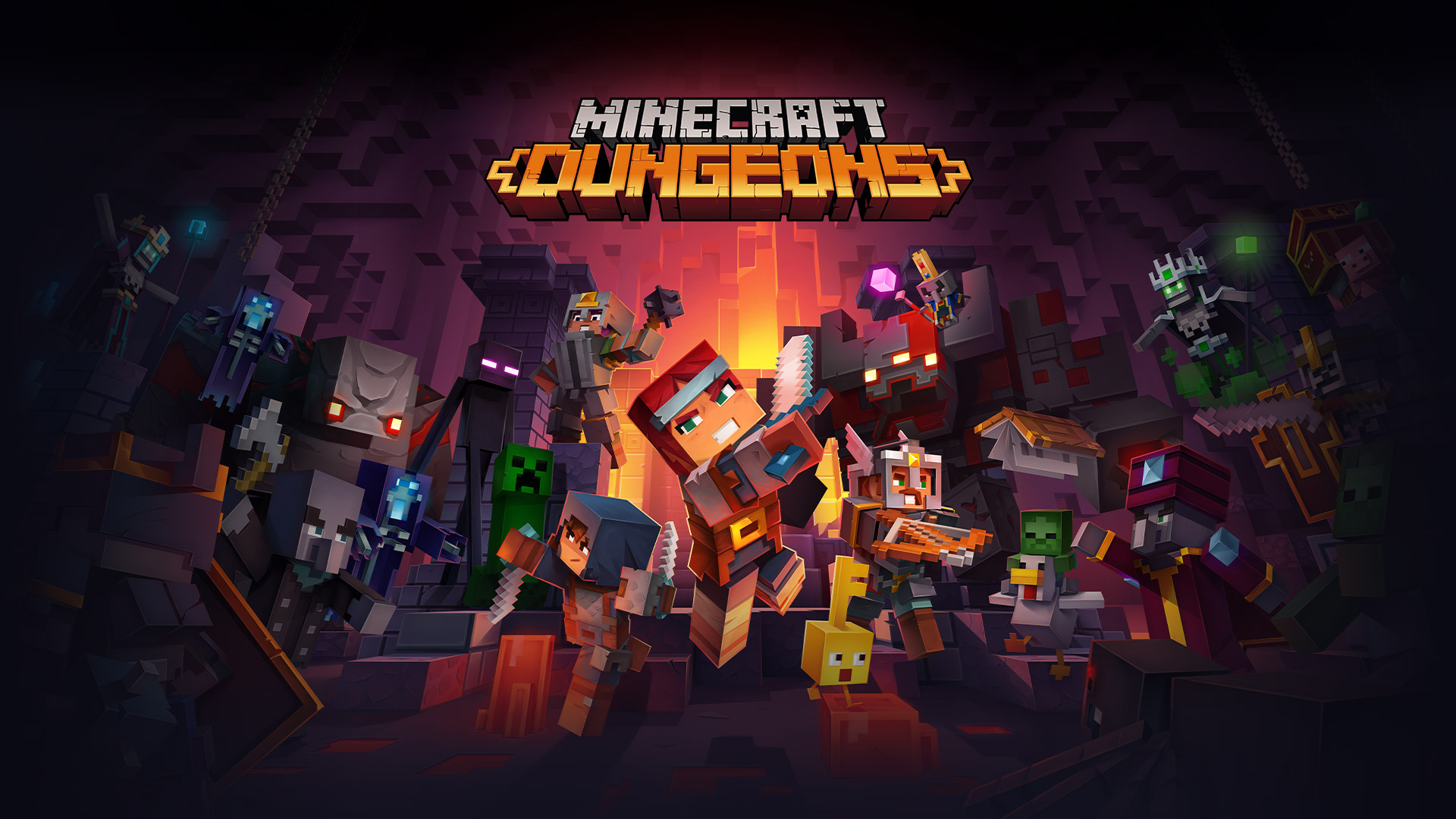 Animal Crossing New Horizons has been #1 on the Switch eShop for the past three months, and this is due to the overwhelming support and nostalgia that the game has brought players. Many players are spending large amounts of time playing and building up their island to get new visitors.

Animal Crossing New Horizons was released back on March 20th, 2020, for all regions. The game quickly blew up to the #1 spot on the Nintendo Switch eShop and maintained that spot for just over three months. Animal Crossing lost that spot to Mojang Studios’ new game, Minecraft Dungeons. 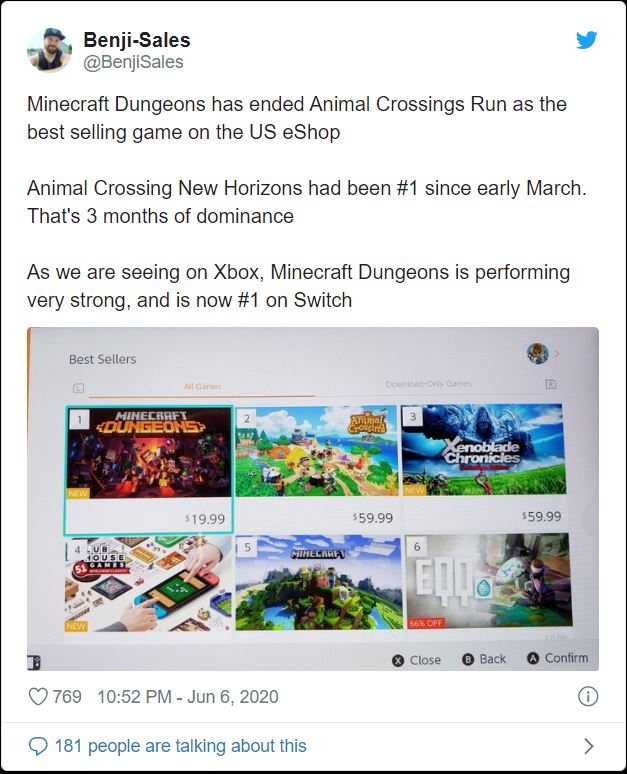 Minecraft Dungeons was released on May 26th, 2020, and is a dungeons crawler video game, very similar to the Diablo game series that has been popular for years. Minecraft Dungeons offers new and old players of the genre a whole unique experience and provides gamers that enjoy the Minecraft-style another game in that style.

This game features the blocky style that Minecraft is known for, but drastically changes all of the gameplay mostly because this game features lore that isn’t prevalent in the game of Minecraft. One example of this is that there is a main villain in Minecraft Dungeons; this villain is called the Arch-illager. This enemy controls all the other enemies in the game and is the main focus for the player to fight against.

The change in the #1 spot shows how despite other reviews saying it gets old quickly, many seemingly are playing it for hours, as shown in the YouTube community. YouTuber is ranging from PewDiePie to Captain Sparkles playing the game and uploading videos regarding Minecraft Dungeons. Captain Sparklez has uploaded a total of six episodes on the game to his 10 million subscribers.

Minecraft Dungeons is currently priced at $19.99, while the HERO version of the game is priced at $29.99. When comparing Minecraft Dungeons’ price to the $59.99 price tag that is required by Animal Crossing New Horizons, many new gamers will decide to go with the significantly cheaper game.