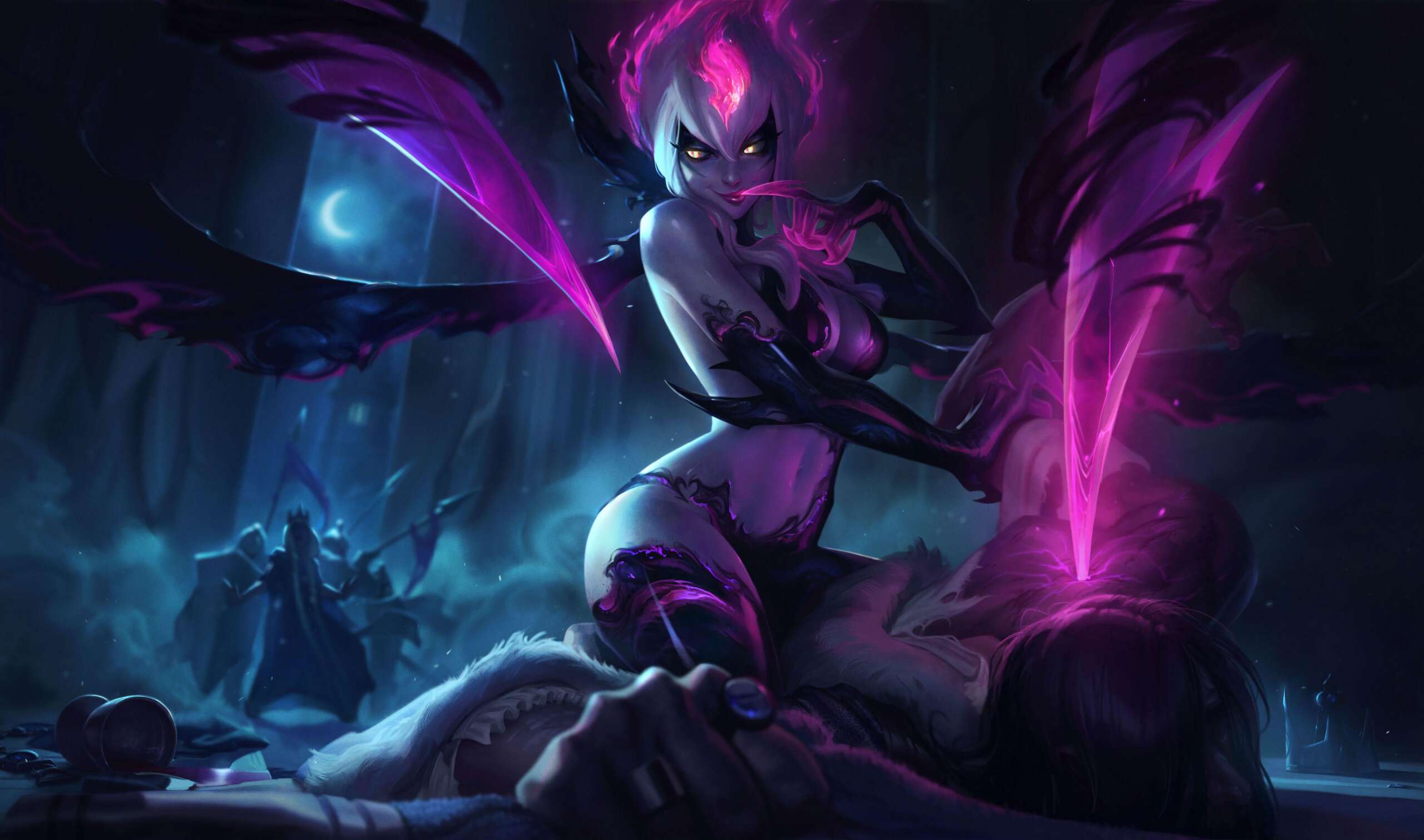 League of Legends fans and mains of the diva jungler will be disappointed to learn that Evelynn’s latest skin won’t be able to do justice to her fantastic splash art.

“Rig plus animation limitations” made it “not feasible to style her hair” accordingly to Evelynn’s promotional art, according to Riot Games’ skins quality assurance lead, Katey Anthony.

RELATED: Blizzard Implements And Then Immediately Removes An Unpopular Change To World Of Warcraft: Shadowlands Beta

“This style would cause significant clipping throughout many of her animations, none which could be minimized without legendary-tier animation work—essentially new animation,” Anthony said. “We do see the discrepancy and apologize that this isn’t what you were expecting.”

This information likely indicates that Evelynn’s skin will belong to the Epic tier, costing 1,350 Riot Points instead of 1,820 for a Legendary cosmetic. However, we will see that only when the skin is live.

RELATED: Divinity: Fallen Heroes Will Be Available Later This Year - This Tactical Game Has An Interesting Co-Op Mode

A pre-release video of the cosmetic from SkinSpotlights showed Evelynn with a side ponytail that only reached her shoulder rather than the splash art’s free-flowing, waist-length hair.

Community backlash indicates a general sense of discontentment, with many feeling the difference in art and model to be false advertising on Riot’s part. The seemingly immense priority that the developer placed on new hero Seraphine, rather than the K/DA old guard, also seems like a contentious issue for some fans.

Other cosmetic issues with the skin have also been pointed out, such as her iconic lashers lacking the signature silver and diamond theme of the ALL OUT line.

Recently Riot Games said that skins have limitations going forward due to the necesitiy of complying with older generation PCs as well.

“When you’re building a game meant to last for as long as [League] has already (and hopefully a lot longer!) we have to be looking to future sustainability as much as we can,” Katana said. “While making one skin like Lux didn’t break the game experience for players, making several definitely could.”

Katana also explained that many past ultimate skins use a lot of memory. Putting multiple versions of them in one game could “degrade or even crash the game experience for some players.” To compensate, the Riot skin team has to constrain the features and “break the expectation” that all ultimate cosmetics change forms in-game.

Despite having to constrain certain features, Riot asserts that the game’s skin quality won’t be impacted. There will just be more intentionality in how features and cosmetics are built, allowing the freedom to add to a skin’s form and the “surrounding experience.”