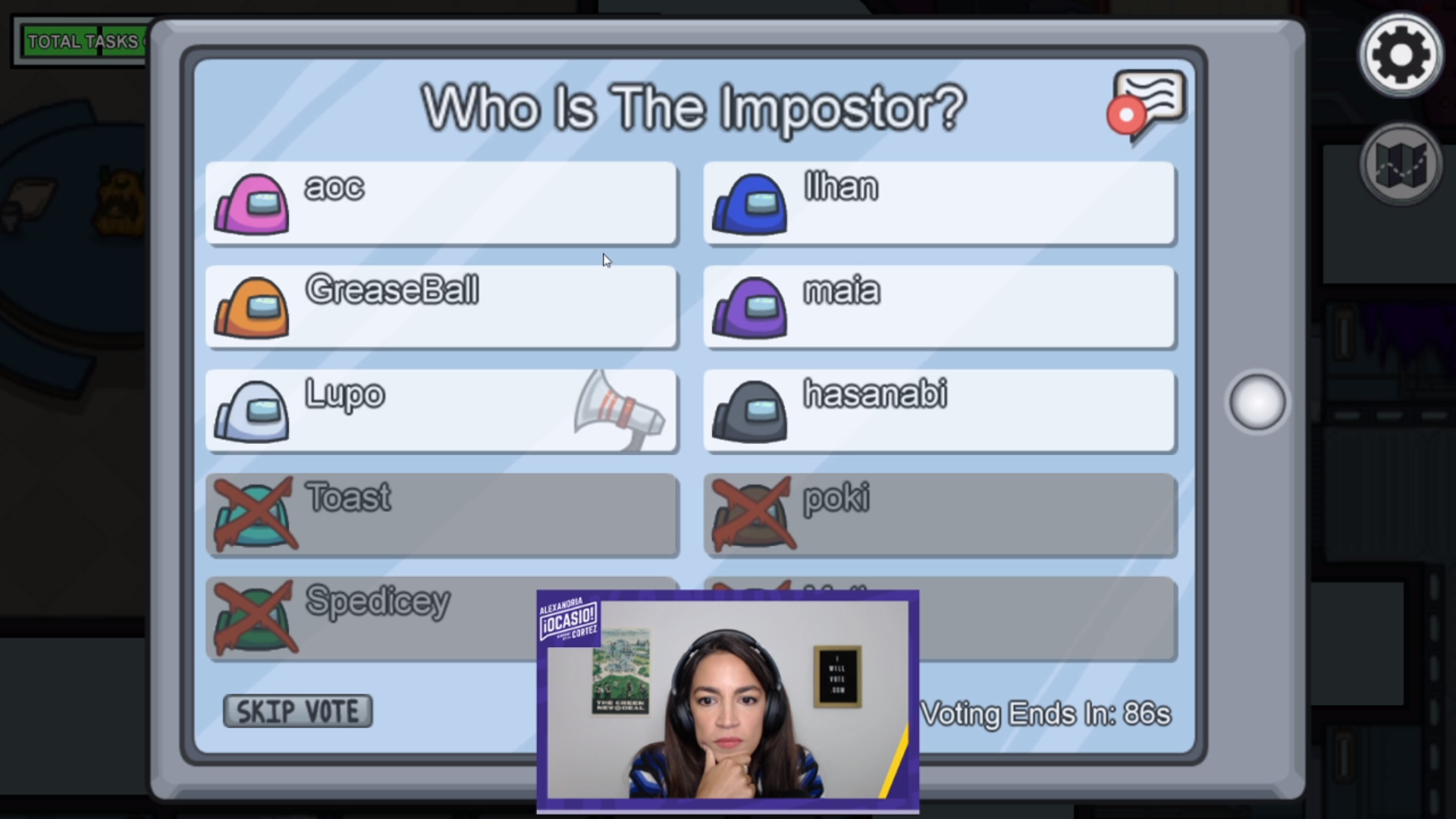 Last night offered some interesting content on Twitch as AOC herself, the eager young United States Congressional representative, opted to play Among Us with a few familiar faces within the Twitch universe: Dr. Lupo, Pokimane, and Disguised Toast were just a few of the faces that made an appearance in the doomed starship filled with two imposters.

The team hemmed and hawed a bit as to how to ensure proper Twitch moderation that wouldn’t turn the entirety of the plan, to encourage the younger generation to vote, didn’t fall to the wayside on the back of extremely eager trolls that have little better to do with their time than muddy the already toxic waters of encouraging users to vote.

In light of recent threats made towards voters in both Alaska and Florida, where users are threatened to vote for Trump or else they’ll be ‘punished’ by the group that has been linked to members of ‘The Proud Boys’, a white-supremacy group that was recently told to ‘stand-by’ before taking action by the current United States President Trump.

So to say that this was a ballsy maneuver from AOC and her group is truthful; the online universe is one shrouded by anonymity and toxicity from people that feel as though there is no consequence for their actions, and stepping into it, even to just encourage voters to head to the polls for their civic duty, had more than a few chatters concerned.

Who would you want to watch in a game together? ⬇️

Thankfully, the experience was largely successful on the back of active moderation, a strong community surrounding the streamers that hosted Alexandria Ocasio-Cortez in the title that has experienced a massive resurgence of popularity, Among Us.

Many were attempting to derail the chat experience, but Alexandria handled the entire event with fantastic grace and poise that made her seem that she’s been streaming for years.

Repeated statements of both ‘MAGA’ and ‘TRUMP2020’ were not filtered, nor were left-leaning statements.

Alexandria Ocasio-Cortez was the imposter once and was voted out after two kills and the other imposter (Ilhan Omar, also a congresswoman) was ejected; Dr. Lupo was the one who figured it out but was a bit (humorously) concerned about ejecting AOC if he ended up being incorrect.

The stream lasted for roughly three hours, and was easily the most-watched stream on Twitch last night with well over 500,000 viewers across all streamers and platforms; the VOD on Alexandria’s own channel on Twitch (found at https://www.twitch.tv/aoc) gained almost 5,000,000 views within 16 hours after the event occurred.

The Twitch attempt was, by all measures, a wild success for both parties to encourage the younger generation to get out and make their voices heard. It’s also an extremely pleasant surprise to begin seeing congresspeople pushing outside of their standard boundaries and attempt to meet constituents halfway, on a platform that is frequented by them rather than an overcrowded public event. 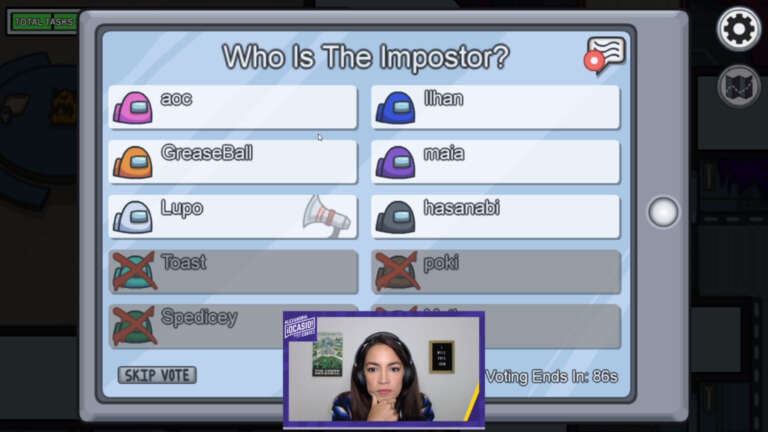