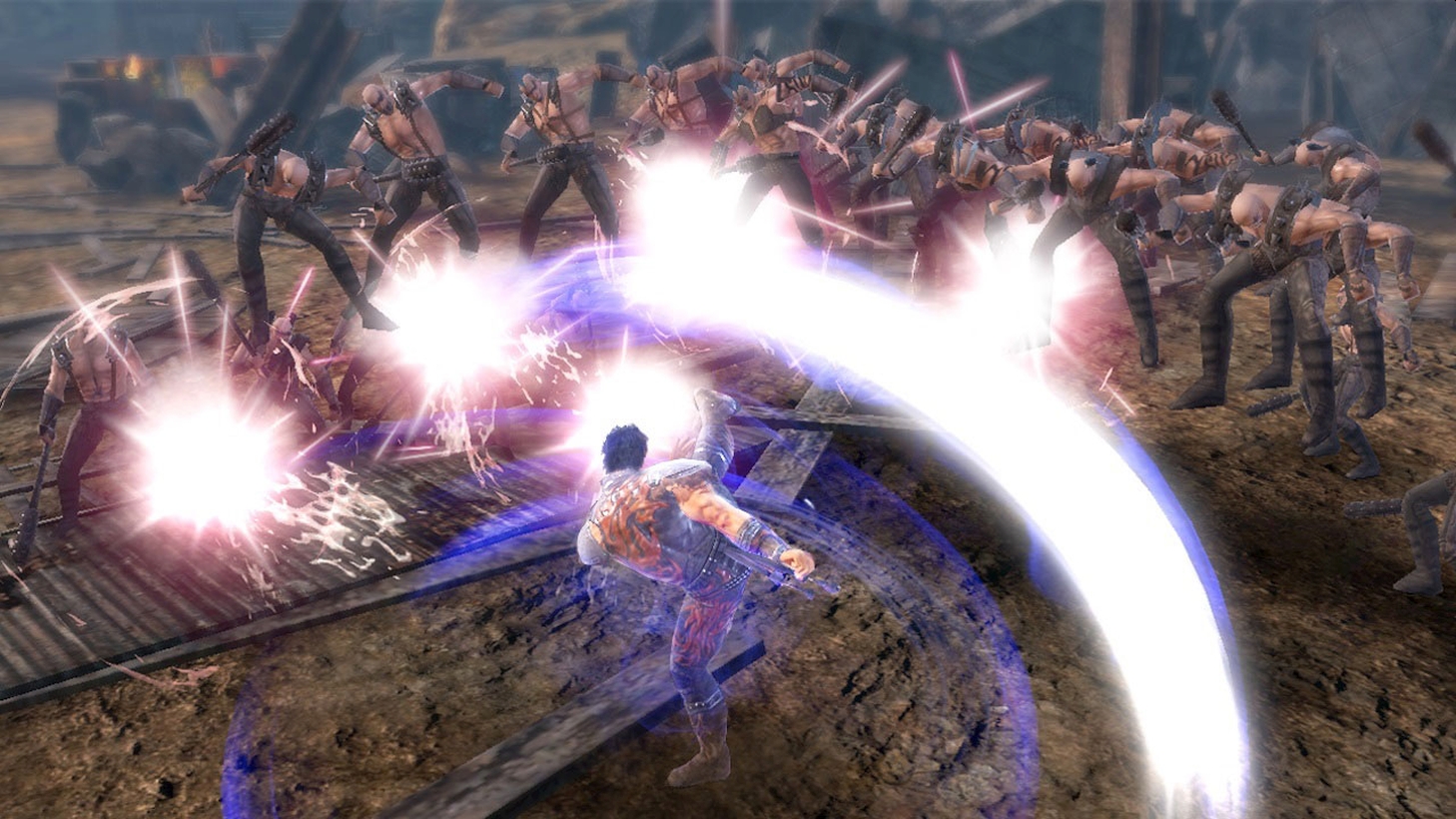 Koei Tecmo has released the first Japanese trailer for the upcoming mobile game Shin Hokuto Musou. The company also announced some of the major pre-registration milestones already accomplished by fans waiting for the game.

Shin Hokuto Musou is a new game based on Shin Hokuto, known as Fist of the North Star in English. The title is a musou action game featuring not only the protagonist, Ken, but a wide range of characters. Some of the playable characters are featured in the trailer with cast information regarding their voice actor. The trailer also gives a small preview of each character’s attacks.

The game covers the story of Fist of the North Star from the very beginning. Players can play through the story first-hand by playing as Ken and other characters. The manga itself is quite popular worldwide, selling over 100 million volumes. Now players will have a mobile version of the game to experience Ken’s story on the go.

In addition to the main story, there are multiple modes for players to enjoy. The training mode allows players to test out other characters and try out their moves. Learning these moves are essential to taking out some of the difficult bosses.

Shin Hokuto Musou will also have multiplayer capabilities. Players can join together with friends to form Guilds and complete various missions. The “Battlefield” ranking function lets players compete to see who is the best fighter.

A pre-register campaign is currently ongoing for Japanese players. Over 500,000 fans of the series have signed up to play the game so far. Due to the big response, Koei Tecmo has expanded the total pre-register rewards for up to 1,000,000 players.

Everyone who pre-registers before the game launches will receive a variety of special items when the game launches. The game will be free to download, but the extra boosters will be a big help, so players don’t have to make any additional purchases.

Koei Tecmo has not announced if there are plans to release Shin Hokuto Musou outside of Japan. As for now, it appears that only Japanese players will get to experience the title until further notice.

The game is expected to release around November 4, according to the App Page, but this has not been confirmed on the official website. The game is free to download and play.

The release date of Shin Hokuto Musou is currently unknown, but it is expected to launch sometime this year for Android and iPhone devices.