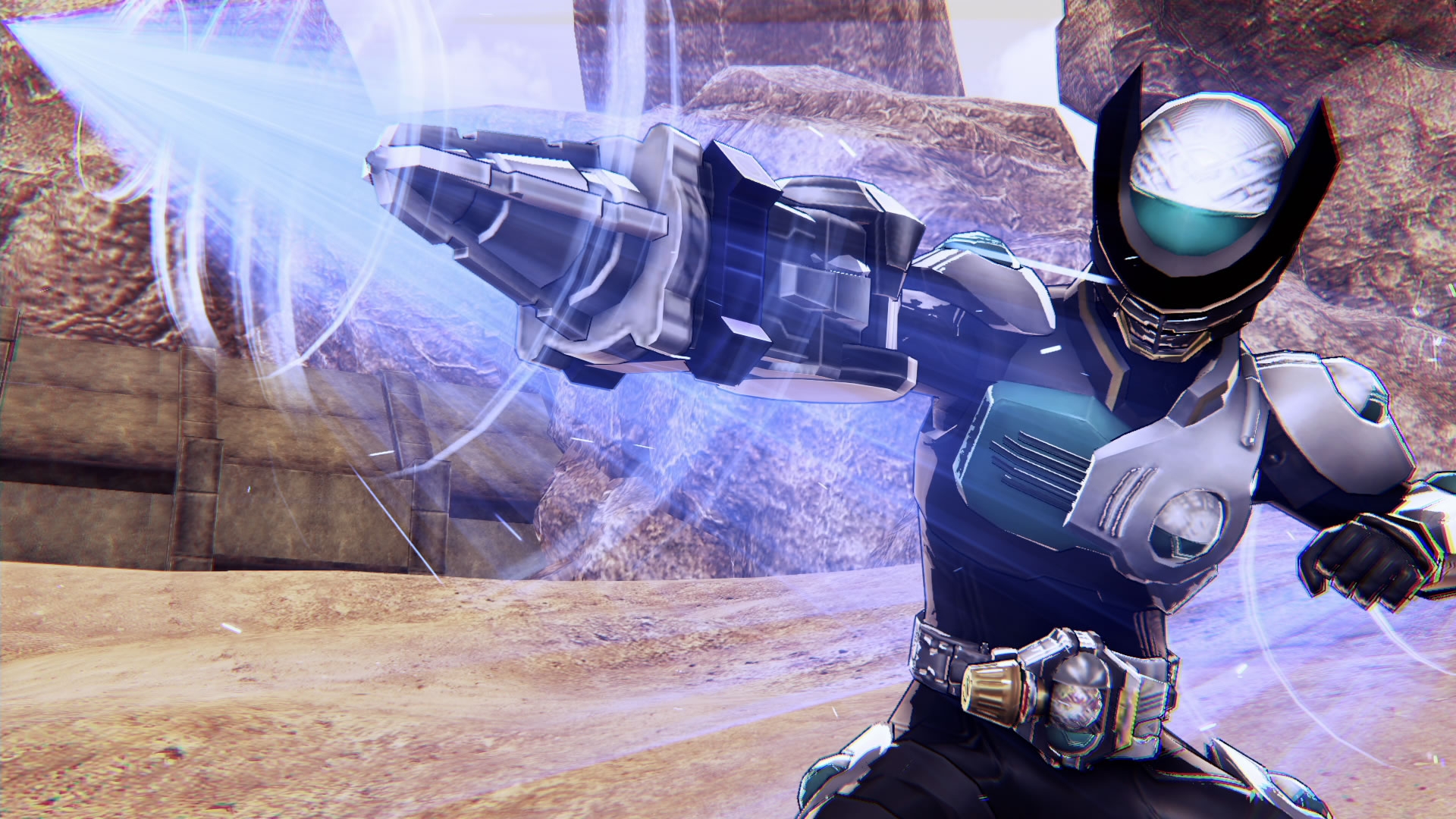 Bandai Namco recently held an event on October 15 featuring new gameplay and content for the upcoming game Kamen Rider: memory of heroez. Players were treated to a 90-minute event with special messages from cast members and a promotional video in both Japanese and English subtitles.

Kamen Rider: memory of heroez is an upcoming action game starring Kamen Rider Zero-One, Kamen Rider W, and Kamen Rider OOO. The leading actor of Zero-One, Fumiya Takahashi, has returned to reprise his role as Aruto Hiden. None of the other former cast members will return to reprise their roles.

The new information has images of the characters in action, plus the forms that will appear. The website also lists the character’s new voice actors.

According to the official Kamen Rider Game PR account, Accel will also have a special “Full Throttle Mode” attack that will drain his stamina but enable him to unleash a more powerful attack.

Kamen Rider Birth, who’s primary user is Akira Date, is from Kamen Rider OOO. Although his true intentions are unknown at first, he eventually helps Kamen Rider OOO. Birth’s moves all revolve around using medals to unleash various attacks. Birth will have access to his base form, along with Birth Day.

Kamen Rider OOO’s Ankh was previously shown at the end of the second trailer. Ankh is a major character in the show who works along with the series protagonist Eiji Hino. Although he’s not listed as a playable character on the game’s website, he may be available to provide advice or give other important information.

Kamen Rider: memory of heroez will launch in Japan, but the SEA version will also contain English subtitles. Since the Nintendo Switch is region-free, those who don’t know Japanese can still purchase the game and enjoy it. However, there may be some restrictions if any DLC or additional content is released.

Kamen Rider: memory of heroez launches on October 29 for the Nintendo Switch and PlayStation 4.

Mar 1, 2021 Harry Alston 5110
At last, some gritty details about Elden Ring. Sure, the trailer is low resolution, angled, and blurry, but it's still the first glimpse of From...

Jan 11, 2021 Jeremy Green 4530
We are well into January and that's good news if you hold an Xbox Live Gold membership. In just a couple of days, the second batch of freebies will...

Jan 8, 2021 Lisa Nguyen 7330
Tales of the Abyss will soon celebrate its 15th anniversary. Bandai Namco has announced the launch of Luke and Ash figures on the Kotobukiya Japanese...