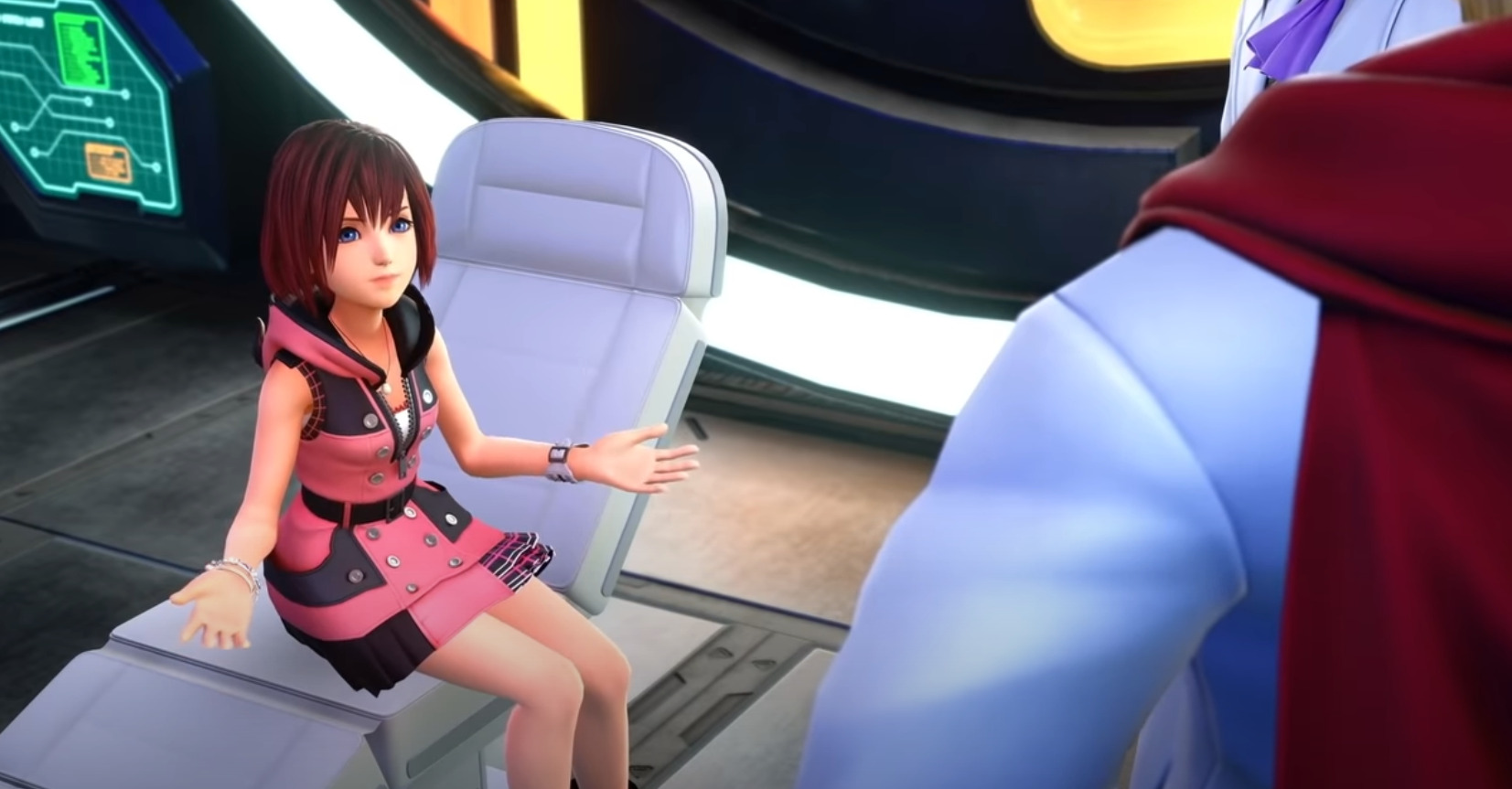 Kingdom Hearts: Melody of Memory will certainly be a unique addition to the long running Kingdom Hearts series.

It’s a rhythm game that appears to tell the story of the entire Kingdom Hearts series (encompassing 18 years of games across a multitude of consoles and devices) through its much heralded musical score.

While players will be able to take on the roles of Sora, Donald, and Goofy once more, it seems as though they will not be the main characters of this game. Nor will Roxas, Terra, Ventus, or Aqua, all of whom starred in side games in the series before.

Instead, Melody of Memory seems as though it will focus on Kairi, Sora’s longtime friend and love interest turned keyblade warrior.

While trailers and promotional materials have made it evident that Kairi is the focal point of this musical adventure, we haven’t received many details regarding how that is going to come about, or what her actual role in the title will be.

Series director Tetsuya Nomura, who has helmed the franchise since it first appeared in 2002 on the PlayStation 2, talked a bit about Kairi’s role in this new game and how she will be driving the story along.

Nomura said in a recent interview that Kairi will serve as a storyteller for the game, narrating the events of the various Kingdom Hearts Disney-inspired worlds that the player will visit.

What’s interesting is that apparently Kairi was not Nomura’s first choice to serve as the storyteller. Originally, he was going to have Chirithy from Kingdom Hearts Union X and Kingdom Hearts 3 tell the story. However, he changed his mind when he realized that Kairi would fit that role better.

Various changes had to be made in order to compensate for this change. As a result, the story for Melody of Memory had to be revised, including the various Kairi-focused cutscenes we got brief peeks at in trailers.

He also noted that Melody of Memory is not going to have a secret unlockable movie like other titles in the series. Typically, secret movies are a way of giving a vague peek at what is to come. So what we see in Melody of Memory is what we’re going to get, with no secrets lurking around the corner.

If this is anything like every other Kingdom Hearts game, it is likely that Melody of Memory will be vital to the story heading into Kingdom Hearts 4 (whenever that’s coming out).

Kingdom Hearts Melody of Memory releases on November 13 on the PlayStation 4, Xbox One, and Nintendo Switch.

A New Kingdom Hearts Is Currently In Development, According To Square Enix's Tetsuya Nomura

Kena: Bridge Of Spirits Won't Be Releasing Until 2021 Due To Work From Home Measures

Dec 7, 2020 Lisa Nguyen 6650
A few weeks ago, Good Smile Company announced a new Sora Nendoroid based on his appearance in Kingdom Hearts 2. Now the company is announcing a...

Dec 6, 2020 Kevin J. Kessler 16000
This is the rumor that just won't die. People continue to try and spread rumors that Sora from Kingdom Hearts is going to be one of the newest...