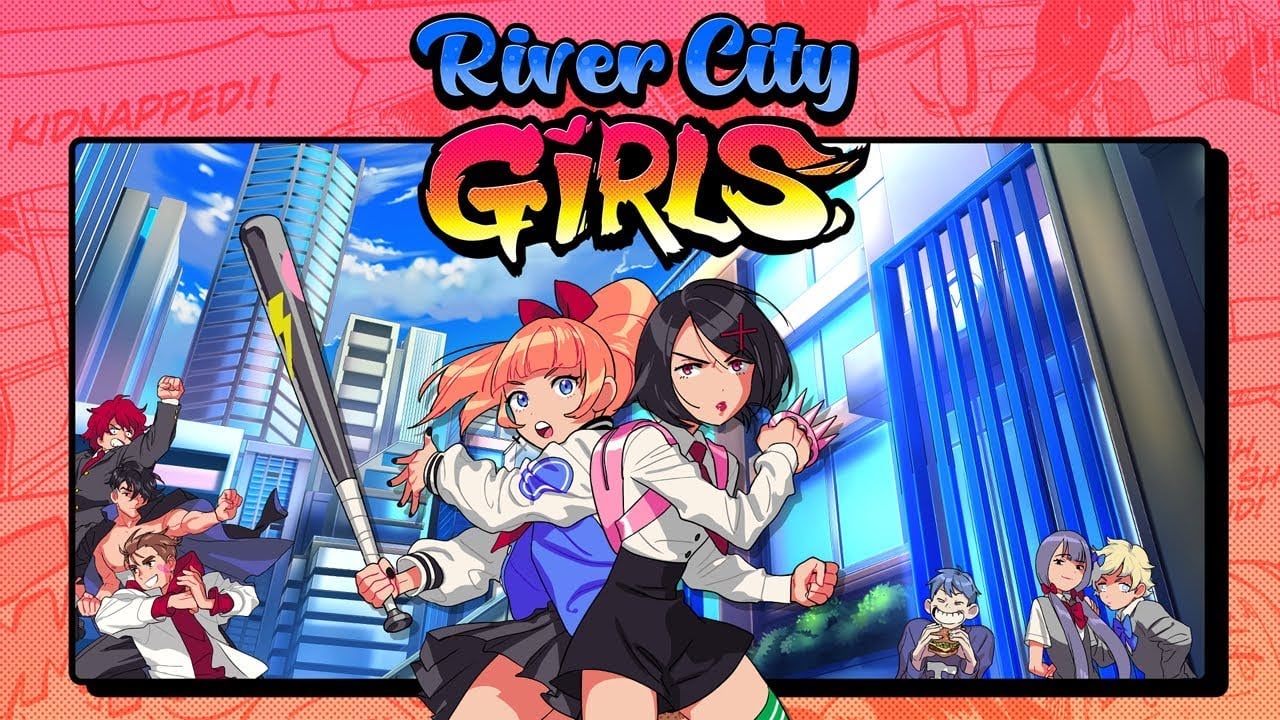 A while back, news of a new title in the River City Ransom series, River City Girls, was announced. This time, ladies Kyoko and Misako take center stage to rescue their kidnapped boyfriends as they bash, battle, and brawl their way through the eponymous River City to save them.

I had the excellent opportunity to consult with game director Adam Tierney, and from him, I bring ten answers to ten questions that are no doubt going to shed some light on River City Girls, and whet the appetite enough for the fall release date. Answers are unchanged and unedited, straight from the mouth of the director himself.

Q1) What inspired you to make this game?

A1) We’ve been huge fans of the River City and Double Dragon games ever since NES, so getting the chance to create a new adventure in those worlds was a dream for WayForward. The Super Famicom game “Shin Nekketsu Kōha: Kunio-tachi no Banka” was a specific influence because it introduced Misako and Kyoko (our protagonists) as playable characters.

Q2) In the original, it was Riki and Kunio who did the rescuing, but now it’s the girls’ time to shine; what led to this decision?

A2) We loved how Misako and Kyoko were handled in “Banka,” so I think it was that coupled with the fact that WayForward loves creating games with strong female lead characters. And after around 50 games starring Kunio and Riki, it seemed like a fun twist to let some other characters take the spotlight.

Q3) How much of River City Girls is derived from the classic River City Ransom and how much is injected with WayForward’s flavor?

A3) The core gameplay is very close to what the River City games, and in particular Ransom, have done previously, but with a lot of new and interesting additions. Bannon Rudis (assistant director on River City Girls) designed the combat and it’s a really nice balance of fun attacks with easy, intuitive controls. It’s also some of the funniest combat I can recall in a game.

Q4) Would you or your staff say you’re fans of the beat-‘em-up genre?

A4) Absolutely. Beat-em-ups and brawlers are some of WayForward’s favorite genres, and genres we tend to do pretty well.

Q5) Arin Hanson of Game Grumps fame mentioned a ‘surprise’ for the game, and that’s got a lot of fans drooling; without giving up the farm, what can you tell us about this ‘surprise’?

A5) Arin’s contribution is one of my favorite things in the game, and I’ll leave it at that.

Q6) River City Ransom was a cult favorite of the NES era; how do you feel about making a game that’s the closest we have to a true sequel for the West?

A6) Well, there’s actually been several River City games released in the US that could be considered sequels to Ransom, especially on the GBA, DS, and 3DS. River City Girls exists in the same universe, but it blends elements from Ransom, Banka, and WayForward’s own sensibilities into something that should hopefully appeal to longterm Kunio-kun fans while also feeling unlike any of the 50 games that came before it.

Q7) You worked with several notable musicians/composers for this game, including cover phenom NateWantsToBattle. What was it like working with all of them, and can you see yourself working with them/other musical creatives in the future?

A7) The soundtrack on this game is incredible, and we were very lucky to be able to work with Nate, Cristina Vee, Megan McDuffee, Chipzel, and Dale North. All five of them brought their own unique style to the game’s music, and I’d be very eager to work with any of them again on a future project.

Q8) What can you tell us to expect from River City Girls in terms of story?

A8) While in detention, Kyoko and Misako (two high school girls) receive a text that their boyfriends Kunio and Riki have been kidnapped. This kicks off the girls’ quest to find their BFs by pretty much beating up everyone in River City in search of answers. It’s a very silly story, but we hope people fall in love with our crazy protagonists over the course of their journey.

Q9) Will River City Girls feature amiibo support or any other kind of connectivity?

A9) Not this time, but maybe if River City Girls sells well enough, and we get to make more of these games, we can explore the possibility of creating amiibo of Misako and Kyoko. I wish there were more third party amiibo out there.

Q10) Finally, is there anything you’d like to say to the fans of River City Ransom, old and new?

A10) WayForward worked very hard on this game for nearly 3 years (from earliest concept to game completion) with dozens of talented, passionate people. We hope you all enjoy the game when it’s released this September!

And there you have it! A reminder that WayForward also worked on the Mighty Switch Force Collection (currently out on Nintendo Switch, PlayStation 4, Xbox One, and PC via Steam), and their passion, devotion, and good-natured humor can clearly be seen in their responses, and their products.

Thanks again to Chris Hoffman (Community Manager and PR at WayForward), Adam Tierney (Game Director), founder and “tyrannical overlord” of WayForward Voldi Way, and the rest of the wonderful staff! Until next time, stay and play savvy, gamers!