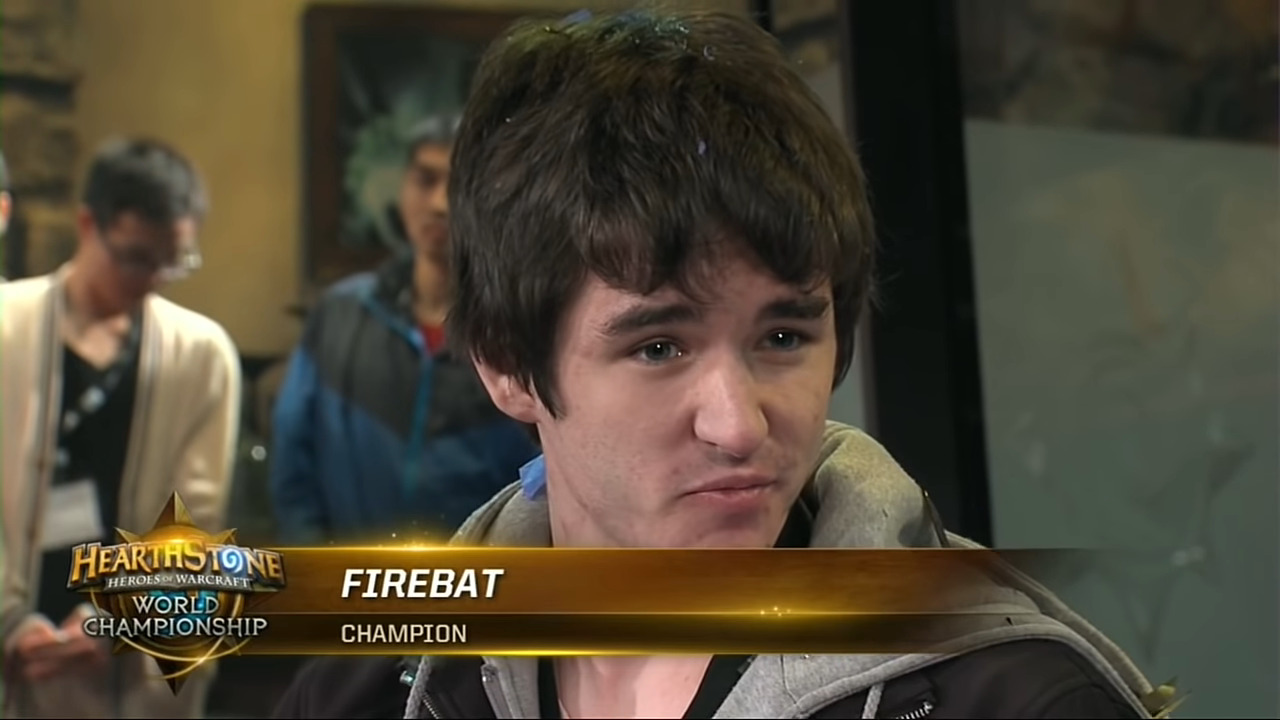 He was only 18 years old when he carried the very first Hearthstone World Championship trophy back in 2014. And now, some six years later, James “Firebat” Kostesich announced he is ending his career in the game as a pro player. He is considered by many fans to be one of the cornerstones of competitive Hearthstone.

In a tweet sent to the world on the evening of October 4, Firebat writes, “My competitive hearthstone career is over. I want to thank everyone that supported me over the last 7 years.” The 24-year old also thanked the organizers of these tournaments before capping the tweet how blessed he feels, “I never imagined it to last this long.”

My competitive hearthstone career is over.

I want to thank everyone that supported me over the last 7 years. And the people running all the events that made it possible to compete. I never imagined it to last this long. I feel truly blessed.

Firebat has been a household name for those following the digital TCG eSports scene. He has signed with respected organizations such as Copenhagen Wolves, Cloud9, and Omnislash. As mentioned, the then 18-year old Hearthstone prodigy won the first-ever World Championship at BlizzCon. He summed an earning of $100,000.

The champion has been active in tournaments in the following year. Kostesich won The Pinnacle I, Gfinity 2015 Spring Master I and II, the StarLadder StarSeries, and the CN vs NA Challenge. Right after his BlizzCon win, Firebat looked to be unstoppable at every competition he signed to participate in. After he left Team Archon and joined Omnislash, he moved towards a more content creator path, with only a handful of pro tournaments.

In the said latter organization, alongside the MTG Hall of Famer Brian Kibler and host Dan “Frodan” Chou, the trio conducted the Omnistone podcast. The talkshow discusses everything Hearthstone-related, from new expansions, balance changes, to recent champions and competitions. Firebat also manages a successful stream on Twitch with over 286,000 followers and consistently one of the top broadcasts for the game.

In a longer Reddit post, Firebat expands on his decision to leave the ongoing Grandmasters. The World Champions explains he has tried everything for the current meta, but nothing has worked for him. He also adds that finding enough time to be competitive in Grandmasters has been difficult for him between his content creation and personal life. Firebat emotionally writes, “Still hurts though, and I keep running back in my mind all the times I could have done a little more.”

One of the all time best for the game!

Thanks for everything you have done and most importantly thanks for always being someone I could rely on fro hanging out at events, it was always a great time! <3

The fan-favorite player assured his fans, though, that he will continue making content and driving the Hearthstone eSports forward in the ways he can. Cora “Songbird,” a host for the game’s pro scene replies, “Feels like the end of an era. You’re the GOAT. It was a pleasure getting to work with you.”

Marvel Strike Force's Phoenix Rising Event Is Live, Here's The Team That You Need To Get The Legendary X-Men Character