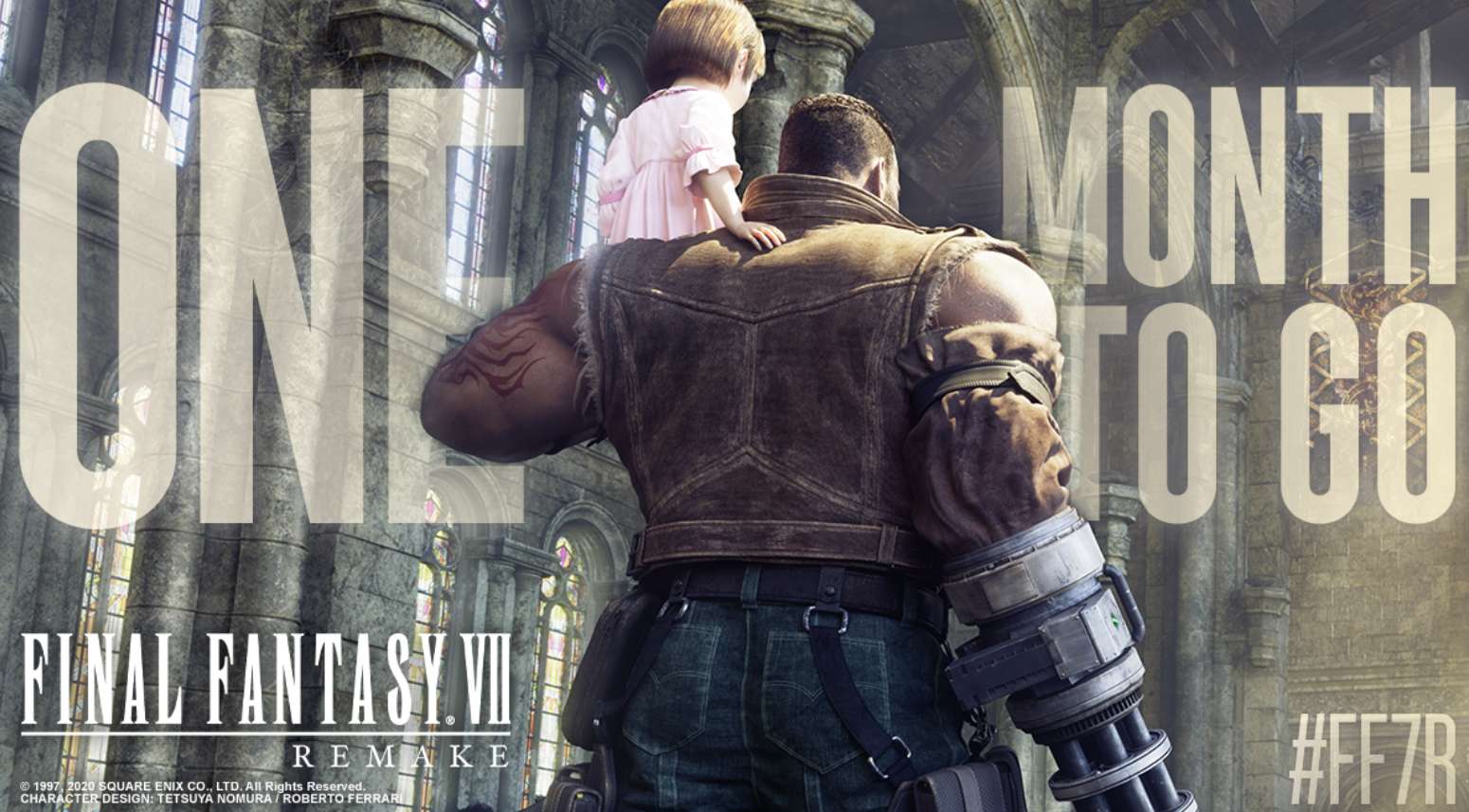 Just a few days ago, we hit the official one month mark to the release of Final Fantasy VII Remake on the PlayStation 4.

Square Enix marked this occasion by tweeting out an official piece of art for the game.

There’s just one month to go until #FinalFantasy VII Remake is available worldwide on #PS4!

If you haven’t tried the free #FF7R demo yet, download it from PlayStation Store now

In the image, we can see Barret Wallace, holding his daughter Marlene on his shoulder. While you can’t see what they’re looking at, this should be a familiar sight to anyone who played the original 1997 game.

This is a recreation of one of the original load screens from the PlayStation 1 classic. When you finish one of the game’s three discs, you would get a loading screen asking you the please insert the next disc.

This image in question shows Barret and Marlene standing in Aerith’s church in the Sector 5 slums, looking down at the bed of flowers growing out of the floor.

We saw Square Enix repurpose another of these classic shots recently, when they posted the iconic image of Tifa seated atop the Nibelheim water tower. That graphic was used to hype the fact that the game was coming in seven weeks, and they used the roman numeral seven, as seen in the game’s title.

This is also one of the first images we’ve seen of Marlene. She was glimpsed briefly with Tifa in one of the trailers, but we had yet to see her with her father, Barret.

Marlene was a very minor character in the original Final Fantasy VII. She appeared in the beginning of the game, hanging out at the hideout of Avalanche in the Sector 7 Slums.

She is later rescued off screen by Aerith and seemingly develops a bond with her. The party encounters her in Aerith’s house just before setting off to assault the Shinra building. Marlene spends the rest of the game with Aerith’s mother Elmyra, and we don’t see her again until the ending cinematic of the game, where she watches the final climactic moments from a window in the village of Kalm.

Marlene was a major character in the sequel film, Final Fantast VII Advent Children. She forms a bond with an orphan named Denzel, who Cloud has been taking care of. She also has more of a connection with Cloud throughout the film, even chastising him in the City of the Ancients.

It is unclear if Marlene is set to have a larger part in Final Fantasy VII Remake, but with Square having to fill out a lot of time by expanding the Midgar section into its own game, it is definitely possible.

Final Fantasy VII Remake releases on April 10, 2020 for the PlayStation 4.

Genesect Has Been Added With A Special Research Story Event To Pokemon Go, Mythical Pokemon Confirmed After Cryptic Tweet