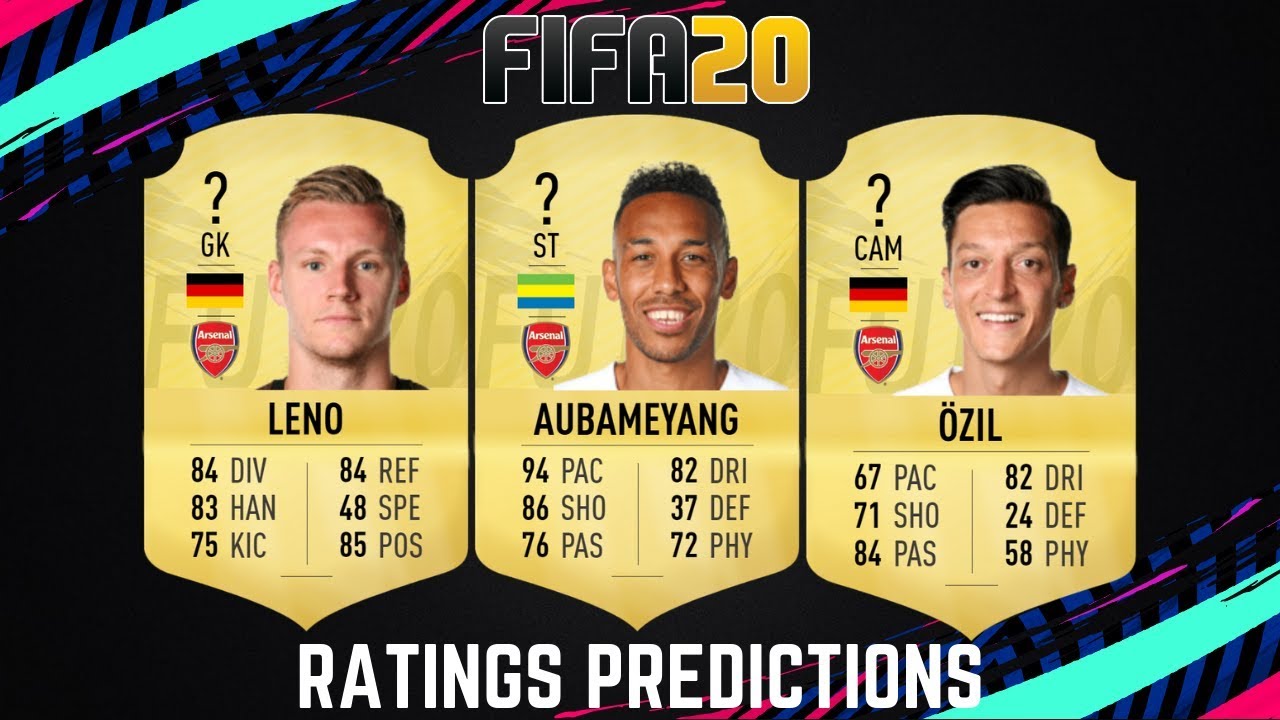 As soccer fans await the official launch of FIFA 20, EA Sports has continued to tease the upcoming soccer simulator game. A few days ago, the top 100 best players on FIFA20 were confirmed, and there were losers and winners. Lionel Messi and Ronaldo led the pack, with some top names missing the top 100 list.

The official Arsenal FIFA20 player ratings are also out with Aubameyang and Lacazette, the only Gunners featuring in the top 100 list. Still, the North London team is still among the best prospects in the Premier League. Arsenal is packed with raw talent in the likes of new signings Pepe, and Ceballos.

Pierre-Emerick Aubameyang is the highest rated Arsenal player in FIFA 20 with an overall rating of 88. While Arsenal may not have won any trophies and had quite a disastrous season, the Gabonese international has been in excellent form. He emerged top scorer alongside Salah and Mane.

88 Gen !!! 😂 Im ok with that 🤷🏽‍♂️but you guys from #EA should explain me something’s that I don’t understand !! what’s your thoughts on my fifa 20 rating card guys?! pic.twitter.com/hRWCVv54VQ

Second in the list is French hitman Alexandre Lacazette who is both a facilitator and a goal scorer, just like his departed countrymate, Olivier Giroud. Lacazette ends up with an overall rating of 86, which is quite a disappointment considering his consistency since arriving from Lyon.

The third is Bernd Leno, the young German goalkeeper who succeeded from Petr Cech. While he has his bad side sometimes, he is a shot-stopper, capable of pulling some breathtaking saves, consistently. A rating of 84 is quite fair.

Sokratis Papastathopoulos, the towering Greek international is the highest-rated defender. With the departure of Koscielny, Mustafi’s blunders and Rob Holding’s injury, he has emerged as one of the dependable players coach Unai Emery can rely on. His passing and concentration blend him well with Arsenal’s style of play.

Closing the top 5 list is German midfield maestro Mesut Özil. While he has fallen off the pecking order at the Emirates, there is still a lot of juice from the World Cup winner. His game is always world-class, but the inconsistencies have made him drop a little bit. But 84 is still impressive considering the lack of game time.

Below is the list of the rest of Arsenal FIFA 20 player ratings.

Arsenal’s record signing Nicolas Pepe comes in at sixth with an overall rating of 83. Ex-Chelsea star David Luiz also has an impressive rating of 83.