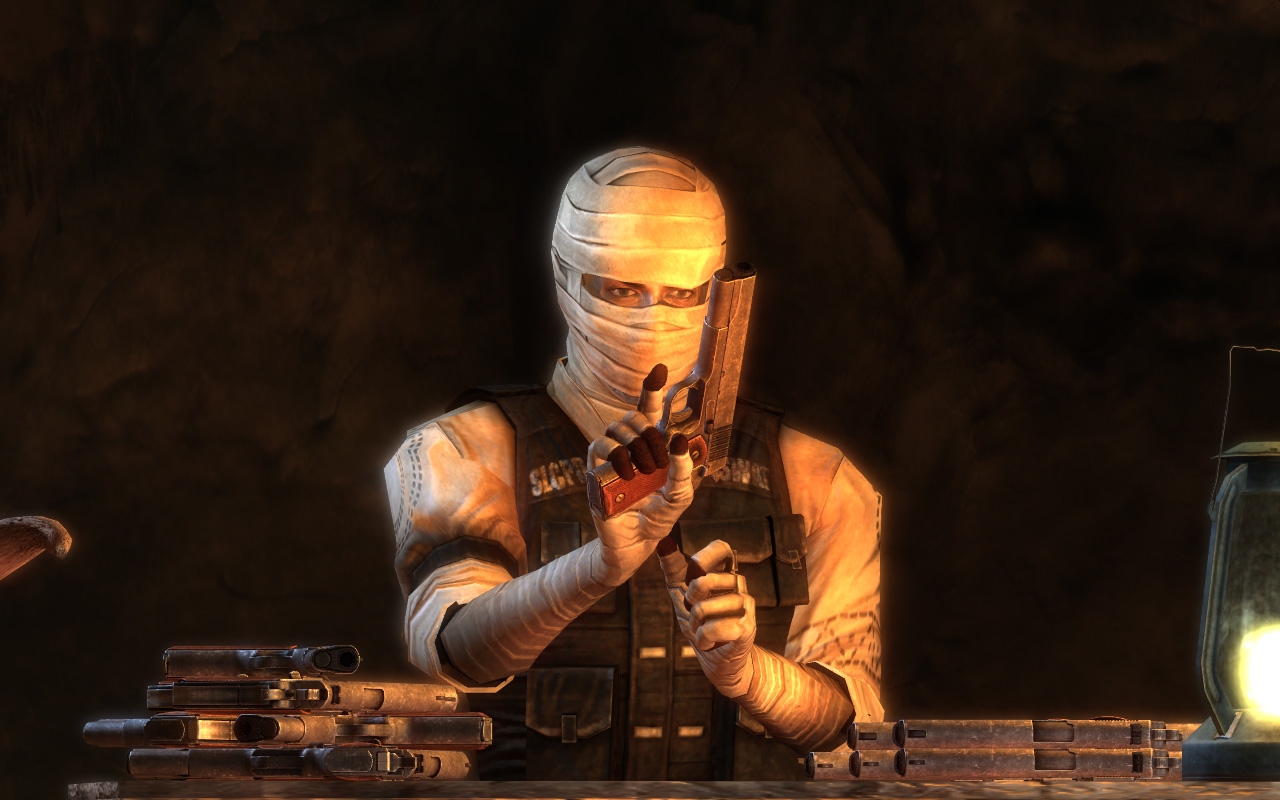 Unfortunately, there was a lo of cut content from the final release of Fallout: New Vegas. Many gave up on the game because the game also had significant glitching and crashing on launch.

Fallout: New Vegas takes place on the Western side of the US, far away from the home base of Fallout 3, 4, and 76. According to the Steam page: “Welcome to Vegas. New Vegas. It’s the kind of town where you dig your own grave prior to being shot in the head and left for dead…and that’s before things really get ugly. It’s a town of dreamers and desperados being torn apart by warring factions vying for complete control of this desert oasis. It’s a place where the right kind of person with the right kind of weaponry can really make a name for themselves, and make more than an enemy or two along the way.”

It’s no secret that there was a significant amount of content left out of the game.

Joshua Sawyer, the lead designer and project director of Fallout: New Vegas, later released a mod with fixes for the games, including some missing content. There were five different versions of the mod, but it didn’t add in all of the cut content.

Besides adding in cut content, new content was added in for either aesthetic qualities or realism. It includes a new radio station called “Lone Wolf Radio,” new quests, NPCs, and more.

The mod contains 1 GB of cut and added content for an almost brand new New Vegas experience. This mod is best for those replaying the game and wanting to see what was left out of the final build.

Those interested in downloading the mod should first check to see if it interferes with other installed mods. The mod isn’t compatible with the “JSawyer Ultimate Edition” because of a conflict with one of the rifles. There’s also a list of recommended mods that will enhance players’ gameplay.

Forge Is Apex Legend's New Legend For Season 4, But Will Revenant Still Make An Appearance?