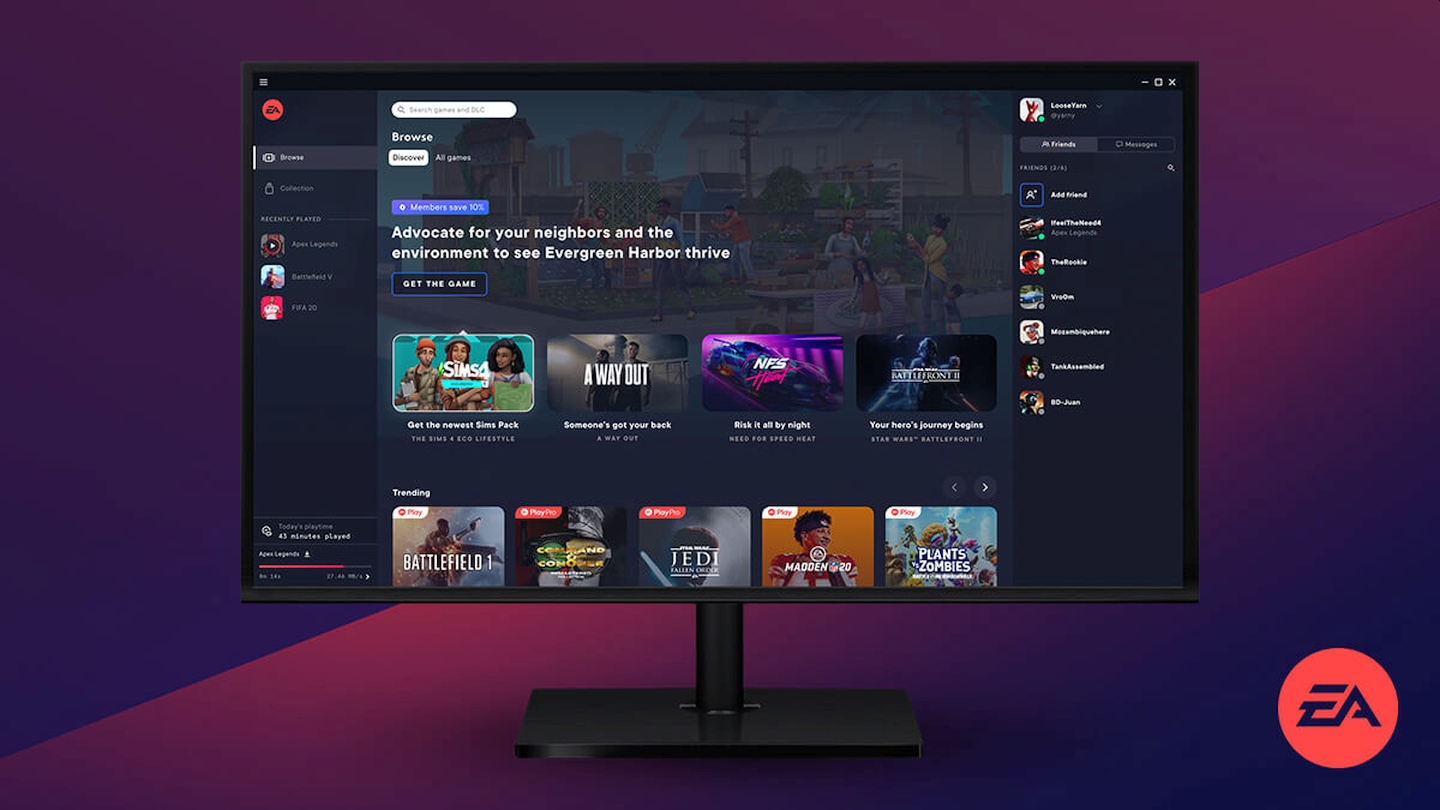 Earlier this month, EA announced in an interview that the company was planning on making significant changes. The changes would heavily rely on player feedback and hoped to bring the community together.

One of those major changes is rebranding the Origin desktop app as EA Desktop App. In 2011, EA launched its first standalone desktop app for all of the titles it published. This meant taking off many beloved games from Steam, which was a major competitor for the company.

While many were apprehensive about downloading another desktop app, they had to if they wanted to enjoy their favorite titles. Only within the past few months has EA began to release some of their games onto Steam to make their games more accessible to players. Still, many of those games require an Origin account to run them.

Only a few months since many Steam players had to download Origin for the first time did EA announce it was rebranding Origin as the EA Desktop app. Now players can test out the new desktop app and give their feedback on the platform before its officially launched in the future.

The new desktop app was completely built from scratch, separate from Origin. EA promises to give players the best possible PC experience, including a new optional Dark Mode. Game downloads and updates should now be much faster, and accessing those games should be even easier. Players will also have an easier time connecting with their friends on the platform.

Players will also gain access to Playtime Controls to see how much time players and their family members are gaming. EA Play members will also receive additional benefits and expanding the library for EA Play pro members. The benefits may not yet be available with the beta but will roll out after the official launch.

From the very start, we’ve put our players at the forefront of this project, and we plan to keep it that way. That’s why we’re inviting you to join the EA Desktop app beta: to test-drive our work, explore what’s new, and help us plan for the future. Anyone can register, and we’re sending out download invitations on a first-come, first-served basis.

Registration is now available on a first-come, first-served basis. Existing origin players will have their game library and friends list immediately available, plus saved progress on any games.

The EA Desktop beta is available for registration now.

Can The Microsoft Acquisition Of Zenimax Save The Modern Bethesda From Itself?