Games Operators, PlayWay S.A., and Digifox are preparing to launch their latest simulation game Transport Inc. Unlike other transportation games, players are shown a map and have to direct multiple transit lines.

Transport Inc. combines both simulation and strategy. Players focus on the management side of the equation to ensure that their fleet makes it to the right destination on time. The gameplay is all contained within a map, so players can’t see the vehicles en-route, but can monitor their progress on a large real-world map.

Communication is another important part of the game. Players have to connect with each part of the delivery process, and then their final destinations. There are connections between capital cities in major hubs in the world, including America and Europe.

As players begin to earn a profit from their transport business, they can purchase more vehicles. There are more than 27 types of vehicles within four categories, such as trucks and airplanes. Players will need to choose the best vehicles to join their fleet to get an upper hand on the growing competition.

While players learn how to increase productivity and decrease transit times, there’s another issue they’ll have to deal with. Other transportation companies are working hard to try and take over delivery paths. If competitors can deliver their cargo faster and cheaper, then players will lose vital clients.

The world isn’t a stable place, and the game throws out random scenarios to make transport trickier. Players will have to listen to news sources around the world to learn about potential issues. If a strike is planned in Paris, players have to react quickly and redirect their fleet or else face hours or days of delays. Some events aren’t so serious, like an upcoming sports event that may cause a temporary surge in traffic.

Digifox has also included a story mode for those who want a guided adventure. In Transport Inc.’s story, players follow the journey of a man and his son as they build a new company. Their relationship is strained, and the pair often has conflicts. Players will help father and son hel their bond and build a thriving transport company. If the journey fails, it may also permanently damage the parent and child relationship.

Previously, Transport Inc. was in closed beta. A chosen few were able to test out the mechanics of the game and report back with any bugs or give suggestions. The game is a single-player adventure in multiple languages, but only English audio.

Transport Inc. launches on PC via Steam on August 27. 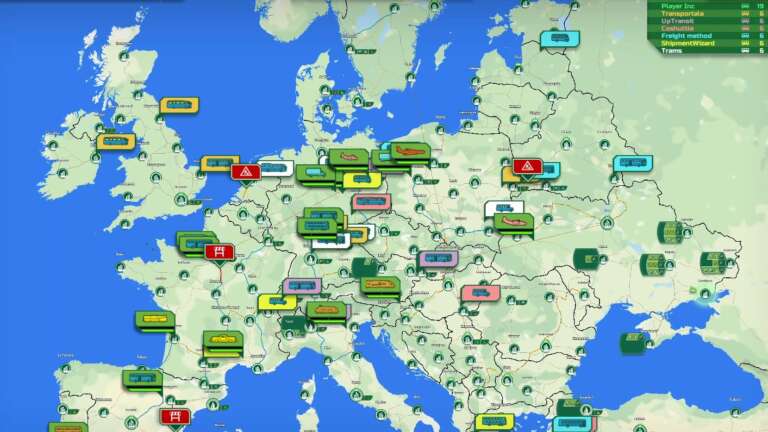