Destiny 2: Xur Offers Players The Chance For Yet Another Annual Pass Item On August 23rd 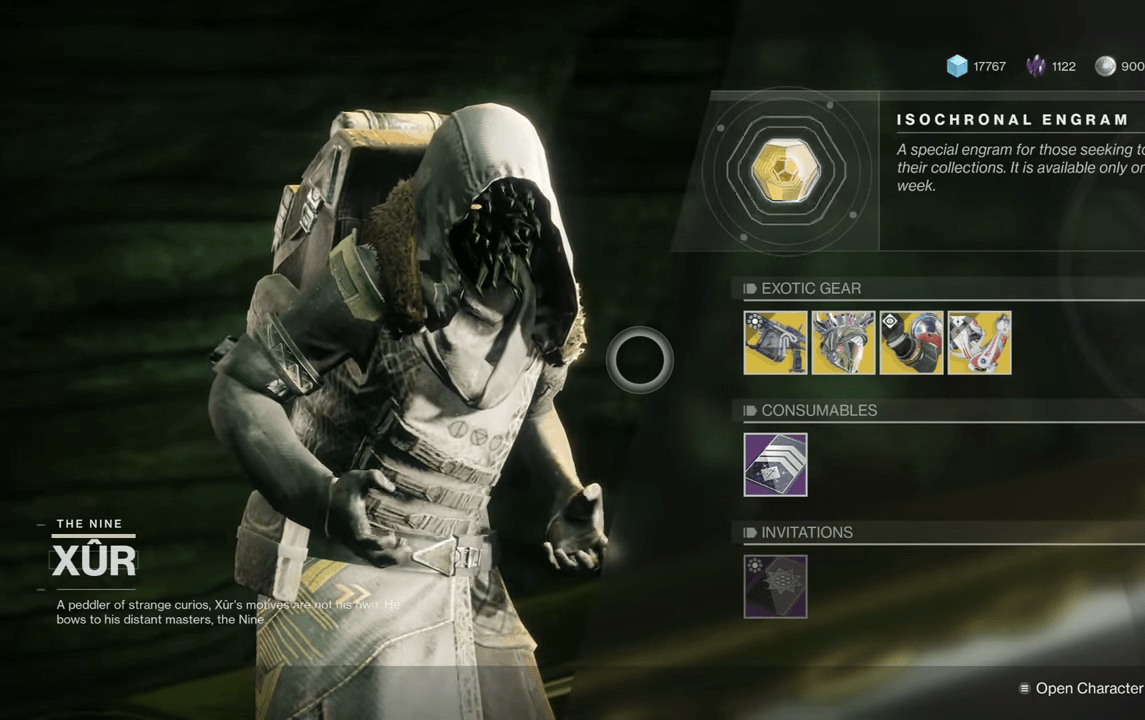 It’s the closing week for the Summer Solstice event in Destiny 2, but that doesn’t mean that players have nothing else to look forward to. Like every Friday, Xur is back with another set of curated exotic rolls. For the second week in a row, he is offering a bounty of good loot for players to pick up.

Xur’s inventory can be purchased with legendary shards and is the only vendor that sells exotic items in the game. Therefore, it is always worth the trip to see him towards the end of the week. This reset, he can be found on Nessus, specifically at the back of Calus’ Barge. Talking with him will reveal that he carries one exotic armor piece for each class, an exotic weapon, and the Fated Engram.

To start off with the weapon, Xur has come through again this week with an Annual Pass item. Arbalest is a primary linear fusion rifle with an interesting perk. It can be purchased for 29 legendary shards like all the armor sets. Despite being a primary, the exotic is adept at shredding through enemy shields, making it invaluable for certain missions or for Nightfall with a Matchgame modifier. If you can get used to the charge uptime, it’s not a bad special ammo weapon for PvP either.

This week for Warlocks you can pick up the Crown of Tempests helmet, which is a great option for the Stormcaller subclass. Unfortunately, it is a base game exotic, but it still holds up well despite power creep from Forsaken gear. Its perk allows you to extend the duration of your super significantly, and it grants increased recharge of Arc abilities upon getting Arc kills. It sees more use in PvE but is no slouch in the Crucible either.

Titans can enjoy a set of Ashen Wake gauntlets which buffs your grenades significantly. The intrinsic perk Bring the Heat states that: “Fusion Grenades now explode on impact and gain increased throw speed.” These gauntlets are as straightforward as they sound, and if you’re a fan of Fusion grenades, you’ll enjoy this exotic.

Rounding out the pre-rolled armor, Hunters have access to Shinobu’s Vow which is another set of gauntlets. They also keep with the theme of improving grenades, focusing on the Skip grenades instead. Not only do they offer general improvement, but the gloves also give you an additional charge and your Skip grenade returns energy when you damage enemies. Shinobu’s vow is another option that is slightly more useful among hordes of enemies than facing down your fellow guardians.

Finally, to finish off the list, Xur is offering the Fated Engram like always. If you have the 97 shards to spend, you should always pick up this engram, as it guarantees a non-duplicate exotic. Keep in mind, that although Xur’s item pool has been expanded to include Annual Pass exotics, the same cannot be said for the Fated Engram.