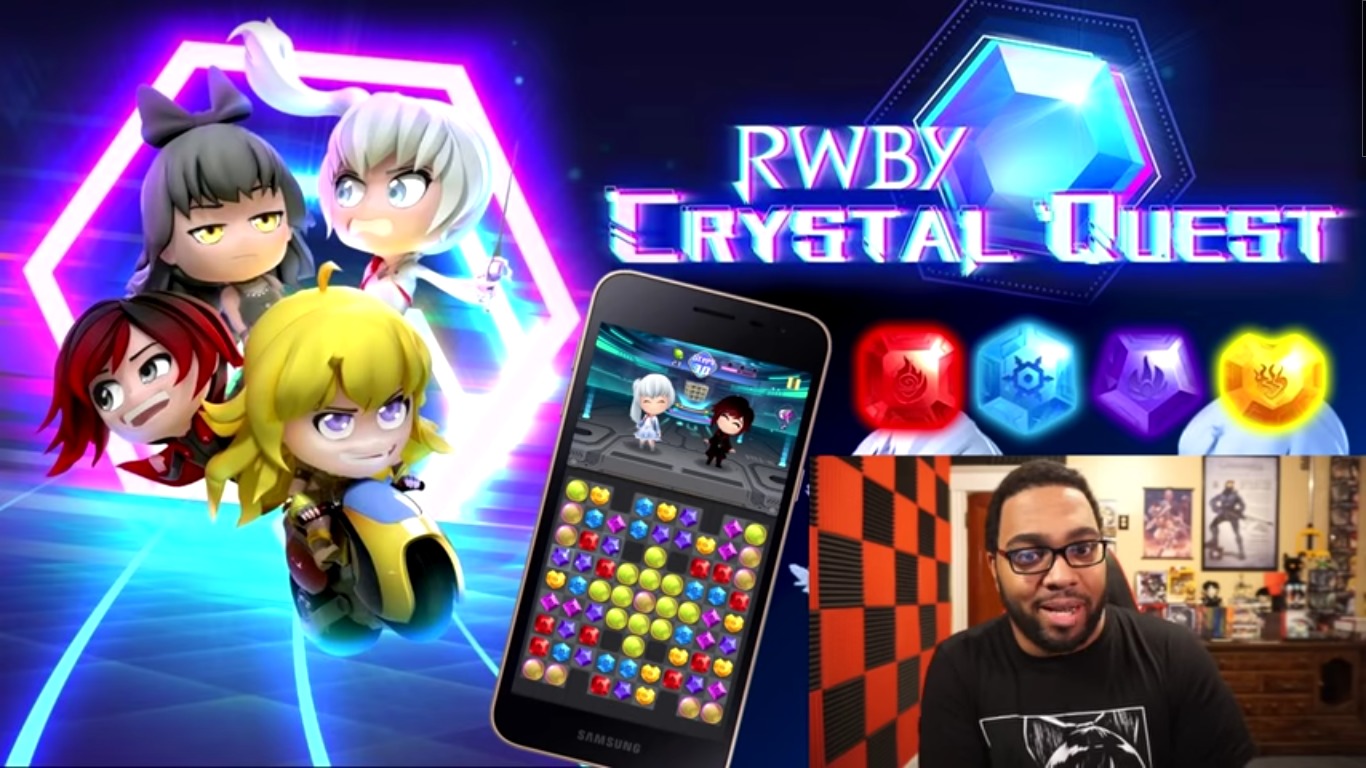 Fans of the popular mobile device puzzle games and also fans of RWBY can unite as one this summer as Crunchyroll has announced the release of a new mobile game titled RWBY: Crystal Quest.

The first episode ever of the show RWBY aired in 2013 and was instantly a hit and has been popular ever since. RWBY is a fantasy adventure show and has been on the air for six seasons. There has also been the release of something fans would say is a cuter version of the loved RWBY characters, called RWBY Chibi. Which was first released in 2016, the RWBY Chibi episodes feature the original RWBY characters of the show only they are animated in the Chibi artform. The RWBY Chibi show is a comedic version of the beloved characters from the original RWBY.

The game will be a fun and attention-grabbing jewel, puzzle adventure where players will repeatedly be faced with the mission to match three or more jewels or symbols to remove them from the board, solve the puzzle, and advance to the next level. The game has been made by Crunchyroll Games in partnership with EGLS Technology.

The RWBY: Crystal Quest game will be free to download and free to play on mobile devices and is being released sometime in the late summer of this year, though there is no exact date as of yet. The game will, of course, feature all of the original RWBY characters.

The characters have been added to the game in their Chibi form, meaning that fans of the show will still get to see and enjoy Ruby, Weiss, Blake, and Yang in the mobile puzzle game as they play.

Crunchyroll has long been a hub for anime fans to enjoy their favorite stories and series that they might not have available on other streaming or television services. However, Crunchyroll Games is a new part of the Crunchyroll family as of a few years ago.