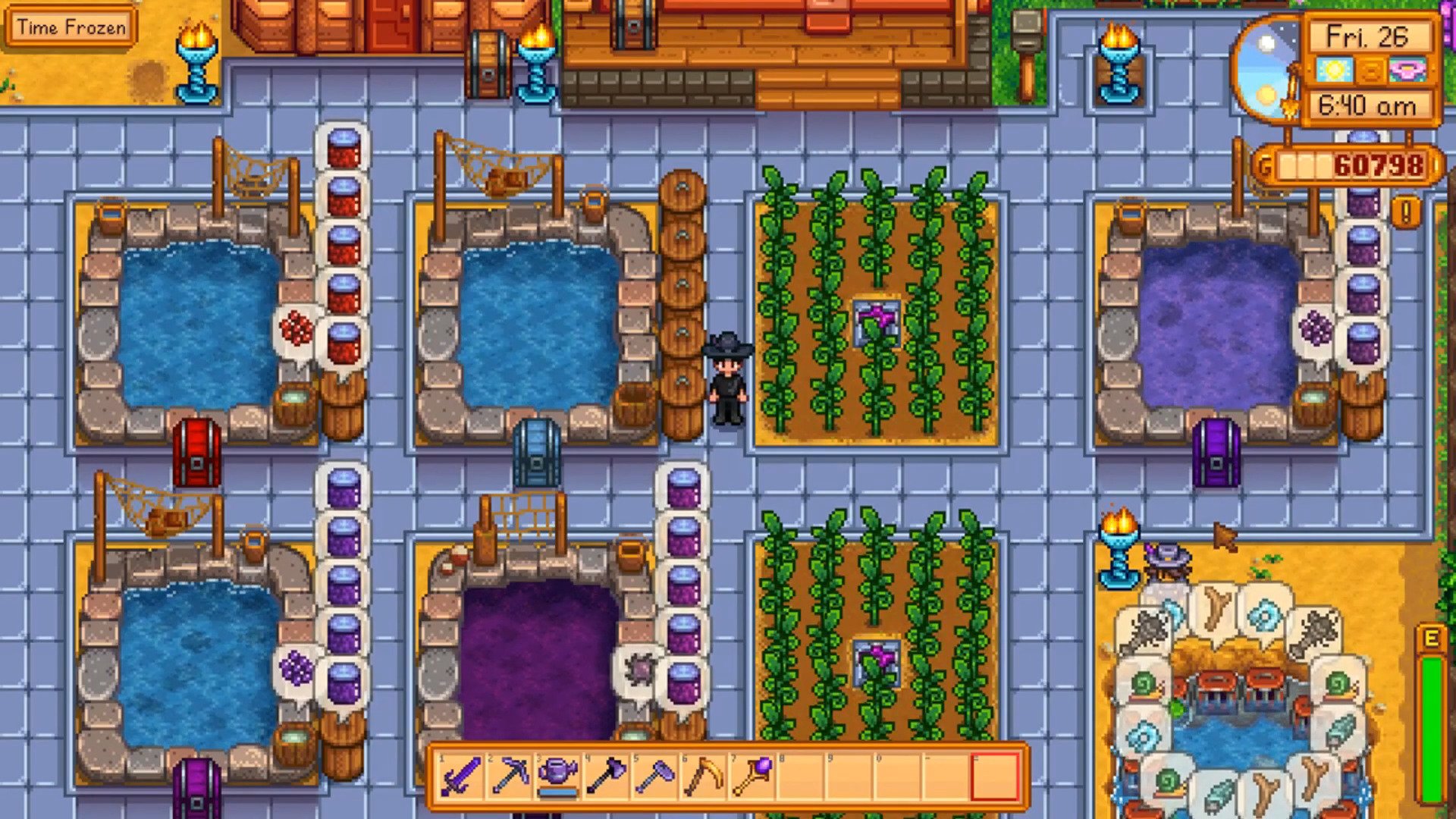 If you haven’t stepped into the idyllic world of Stardew Valley with amusing corporate overtones threatening the destruction of the classic life of neighborhoods and friendship, you’re frankly missing out on one of the biggest hits seen in recent memory fully conducted by a sole developer with a passion.

While the title released with a brilliant amount of content that kept users up all hours of the night, the solo developer Eric ‘ConcernedApe‘ Barone hasn’t been sitting on his haunches by any stretch of the phrase; he has continued to launch content via free patches that stretch the gameplay value and content far beyond what anyone could have gambled years ago.

RELATED: The Magic: Legends Beta Is Coming In Spring And Aspiring Planeswalkers Can Sign Up Now

Now, 1.5 is on the cusp of release with what Eric has stated brings in a bit more end-game content, as defined by bringing post-community center restoration content that Eric notes ‘feels like just the beginning’.

We’re all eager to get our fangs into an ever-increasing amount of content (only helped by the number of mods available online) and now Eric Barone has stated that a release date may be coming far sooner than expected.

It might come out this year on PC, and then on console early next year

you can expect a lot of new content, a lot of it is post-Community Center stuff, so I'd call it "end game" content but in a way finishing the CC now feels like just the beginning. Don't want to oversell it though… you'll see and I I hope you like it

It’s good news for everyone, although PC players are admittedly getting the first taste of the upcoming feast of content: Eric states that the PC update is hopefully going to be arriving within 2020, meaning we could be seeing it within two weeks.

For console players, they’ll need to wait just a bit longer, as the developer states that he’s hoping for an early 2021 release of the patch after the certification process.

It should bear mentioning that if you’ve been using mods with Stardew Valley (which is extremely recommended to at least peek towards on the Nexus), this update will once again break quite a few of them; you’ll need to wait for mod developers to update which might not occur until well after the holiday season.

RELATED: Age Of Empires II Gets A New Spring-Themed Update Filled With Improvements And New Content

The 1.5 content update, which Eric Barone stated he didn’t want to overhype, seems like a monumental update that will bring about split-screen cooperative play along with a whole slew of content for players to reach towards at their leisure, making Stardew Vallery arguably one of the more content-filled titles.

As long as you enjoy fishing, farming, making friends, mining, and combat as much as everyone else on the title currently does.

Unfortunately, cross-platform save transfers don’t seem to be readily available from the developer regarding console to PC, or vice-versa: there are rumors of it being possible if you have rooted devices, however.

Dec 24, 2020 Seb Bates 9590
Fans of the farming simulator game Stardew Valley have been looking forward to game update 1.5 for quite a while. The game’s creator ConcernedApe...

Dec 21, 2020 Harry Alston 11280
The 1.5 update for Stardew Valley might be just around the corner and ConcernedApe, the developer of the game, has shared some interesting new...

Dec 18, 2020 Chris Miller 8570
If you haven't stepped into the idyllic world of Stardew Valley with amusing corporate overtones threatening the destruction of the classic life of...