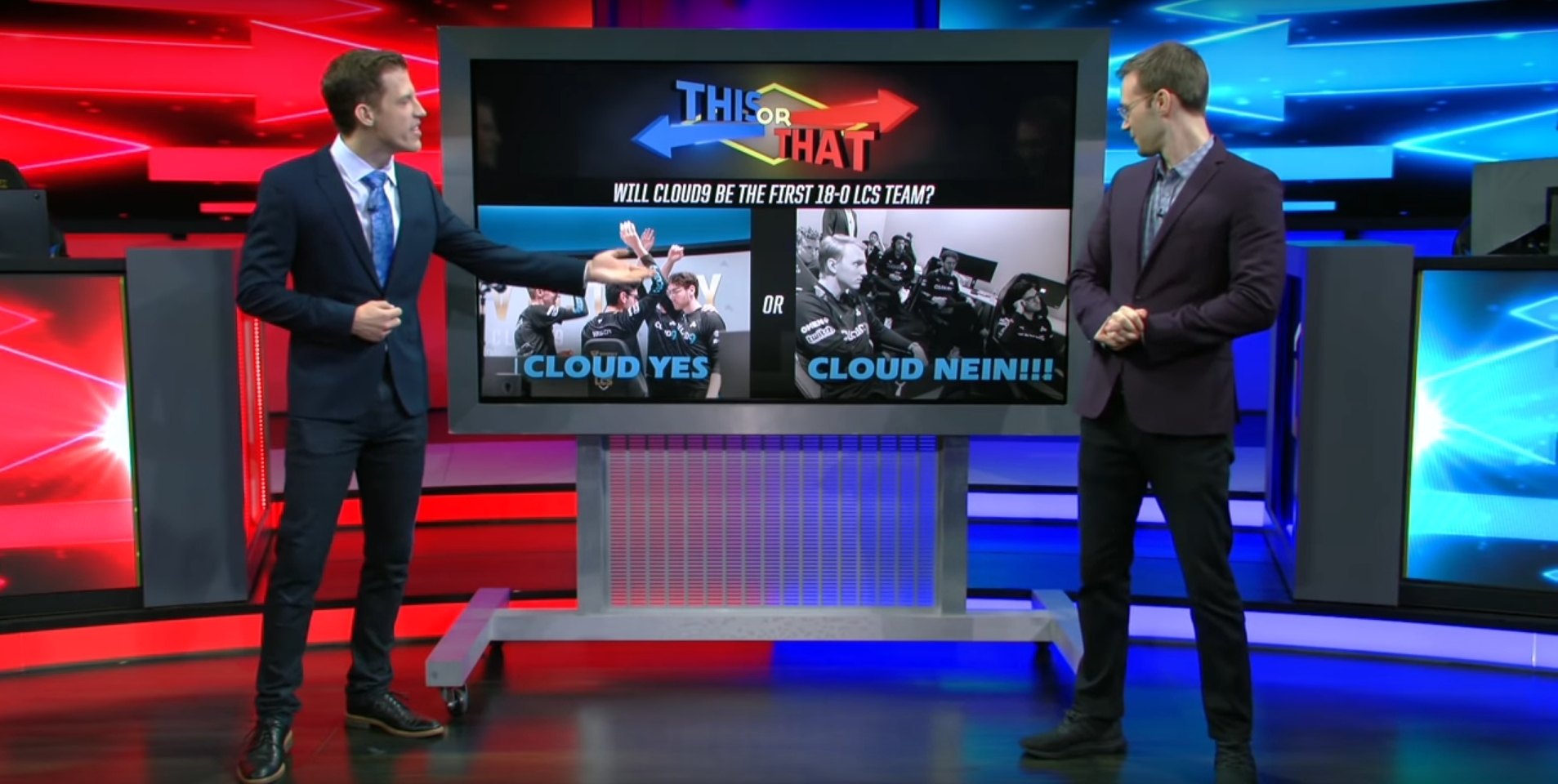 The This or That show has become one of the staples of the League of Legends LCS, with Clayton “Captain Flowers” Raines and Sam “Kobe” Hartman-Kenzler taking the spot to deliver quick snippets of comedic commentary based around the LCS. Unfortunately, it seems that the show will see quite a sizeable hiccup.

Raines announced today that he intends to step away from the show, citing personal reasons for his departure. It is currently unknown who will fill in his spot, though there are several candidates on the table.

“Today, I’m stepping away from This or That,” Raines wrote in his announcement, which we’ve placed below. “I’ve been dealing with a lot of personal stuff for a while now and this feels like the right call for me at this point. Yes, this is what I really want and 100% yes I’ll still be on LCS as soon as it gets going again. Thanks y’all <3.”

Today, I'm stepping away from This or That. I've been dealing with a lot of personal stuff for a while now and this feels like the right call for me at this point. Yes, this is what I really want and 100% yes I'll still be on LCS as soon as it gets going again. Thanks y'all <3

Raines carried on the well wishes in a Reddit thread about the news, joined by co-host Kobe, who gave him an amicable and lovely farewell.

“Hey everyone, just wanted to reach out and say thanks to all y’all that sent good vibes my way about the show over the past year,” Raines added. “It was a new kinda content for me and took some getting used to so reading how much enjoyment people got out of it was awesome.”

In reply, Kobe lamented his friend’s departure and the current state of affairs due to the COVID-19 pandemic, stating, “I’m really going to miss doing the show with you buddy, especially since we can’t hang out at the office or go to the gym right now. I’m always here to talk or play some games though!”

Honestly, could it be any more heartwarming than that?

It’s fantastic to see that Raines’ decision to step down is one that is fully his, rather than the well-liked man being treated like trash and discarded as the entertainment industry tends to specialize in. Even more than that, it’s lovely to see the community coming together to give him a nice send-off and assure him that we all would love to see him back in the LCS scene sometime soon, as well as to see his coworkers voice their support and love for him.

Really, it’s just a feel-good moment all around. Hopefully,Raines is able to get his personal stuff dealt with in a healthy way and he’s able to find his way back to the LCS as soon as he feels comfortable.