Last week, data-miners leaked the map for Call of Duty: Warzone, and in a follow-up leak, the locations, markers, and more have surfaced.

In a video that was accidentally published by Call of Duty YouTuber Chaos, we got our first look at gameplay from Warzone. Of course, the video has since been removed, but it’ll likely be up again later today, as Activision will reportedly lift the embargo for YouTubers later today. The since-deleted video revealed a ton of details about Modern Warfare’s Battle Royale expansion, and one of those details — the map and its locations — can be seen in the image below. 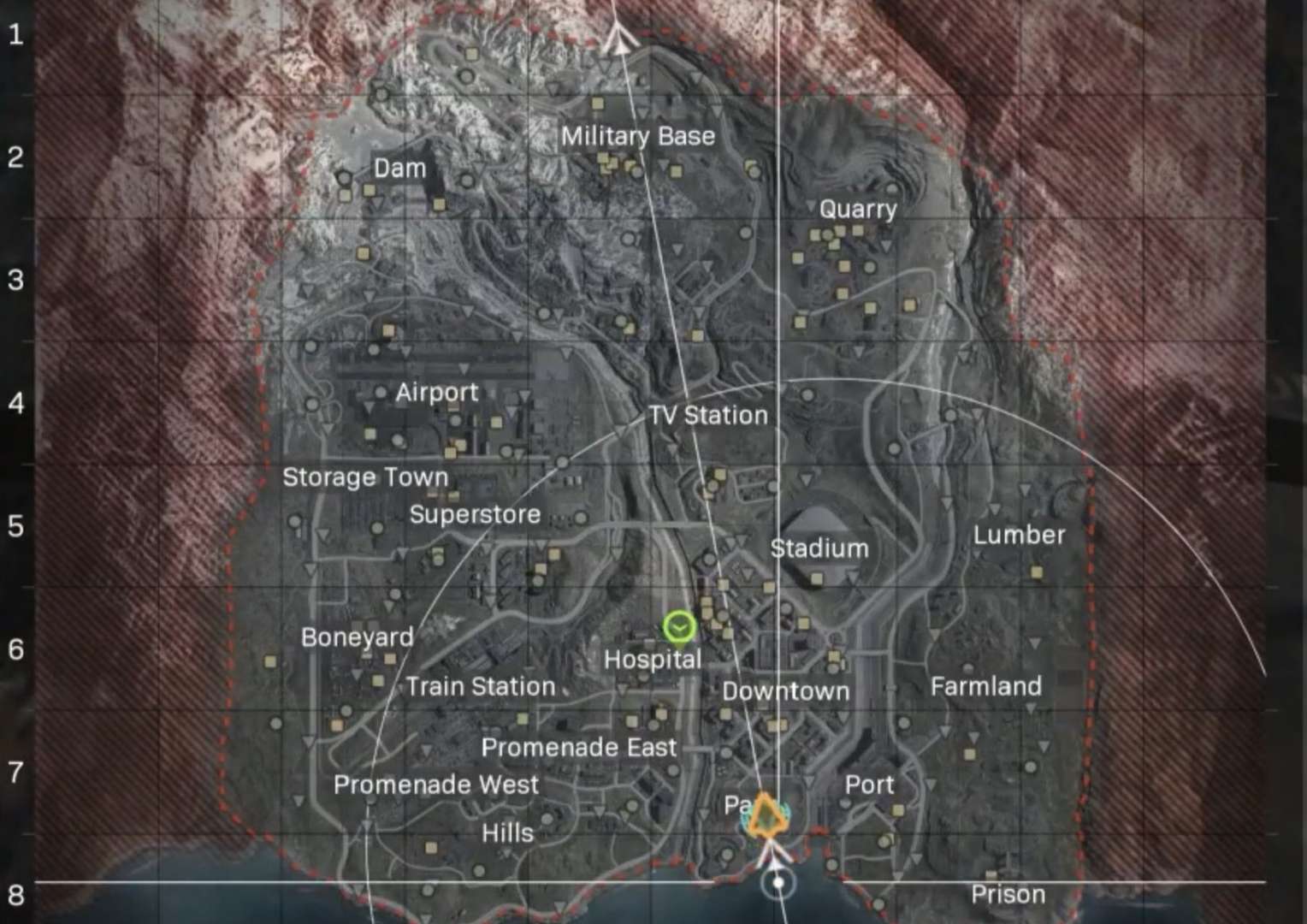 In total, there are 20 confirmed locations in Call of Duty: Warzone.

It’s expected that Infinity Ward will officially reveal Call of Duty: Warzone later today, as the mode is set to launch on Tuesday, March 10. Reports claim that the application will be free to play like Apex Legends and Fortnite, however, unlike those two games, it might require an active PlayStation Plus subscription.

Call of Duty: Modern Warfare’s Battle Royale expansion will reportedly be capable of hosting up to 150 players per match, and it’ll allow players to jump in solo, with a friend, or in a squad. Previous reports suggested that the mode will be squads-only, but it looks like that won’t be the case.

YouTuber The Gaming Revolution recently posted a video talking about some of Warzone’s confirmed details. He also talked about the mode possibly requiring a PlayStation Plus subscription. You can check out the video below.

Call of Duty: Warzone being released without much official hype was always Infinity Ward’s plan, as they wanted to stealthily drop the mode during season two. Of course, as per usual, the data-miners and leakers prevented that from happening, as the mode has been rumored since before Modern Warfare was released last October.

You should expect to see Call of Duty: Warzone get its official reveal later today, as it’s likely going to be available to download on Tuesday, March 10.