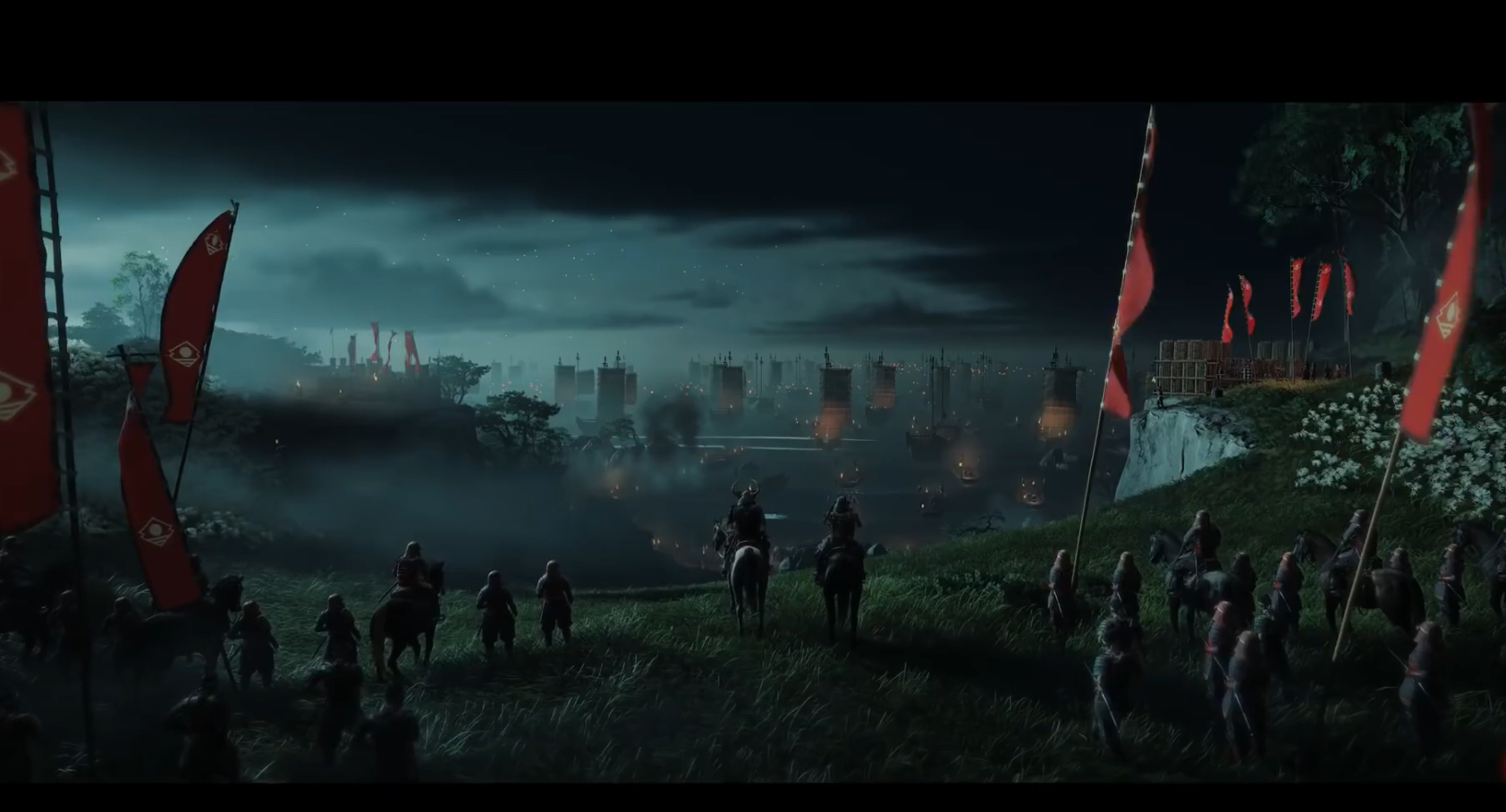 There are a lot of anticipated games this year, but for the PS4, one that’s creating a ton of buzz is Ghost of Tsushima. This upcoming action-adventure game is shaping up to be quite the experience in many different ways. For instance, the visuals that have been teased look absolutely stunning. If they end up being what the graphics look like at launch, then Ghost of Tsushima could be one of the better-looking PS4 games in recent memory.

Thanks to another trailer, we now have even more visuals to hold us over until this game officially releases in June of this year. It’s first worth mentioning that all of these cinematic and gameplay shots were recorded on the PS4 Pro. It starts off with a little training session featuring our young samurai as a teenager. He’s learning the samurai way.

We then move to 15 years later and the samurai are facing a mongol invasion by the thousands. Seemingly outnumbered and destined for death, the samurai hold their position and brace for war as they attempt to protect their lands from the anarchy and evil that awaits. It’s a beautiful and tense scene that just goes to show what the developer is going for in the emotional department.

Ghost of Tsushima is heavily focused around a gripping story and beautiful visuals, elements that come through perfectly in this latest trailer. We then see scenes of actual gameplay. Right away, the movement and combat mechanics seem very authentic and fluid. There are shots of the character moving through the trees via some sort of grappling hook.

Seconds later and there is footage of some sword action. The authenticity seems to have been dialed in. Even the sounds of swords slicing through the air is a realistic experience. It seems like precision and refined skills will be necessary to come out victorious in battle. Shots of different environments are also shown, including areas with rich forests and beautiful architecture. Exploring these lands should make for an unforgettable journey.

Jin Sakai’s quest for revenge comes through pretty boldly in this trailer. After seeing his people slaughtered, he’s hell-bent on getting revenge against the mongols. To do so, though, he’ll have to abandon the samurai way in a lot of ways. You can just feel the inner conflict Jin goes through as he’s forced to go to extraordinary measures to find a fair recourse for the pain he’s had to endure. So far, Ghost of Tsushima is shaping up to be everything we’ve expected and more.