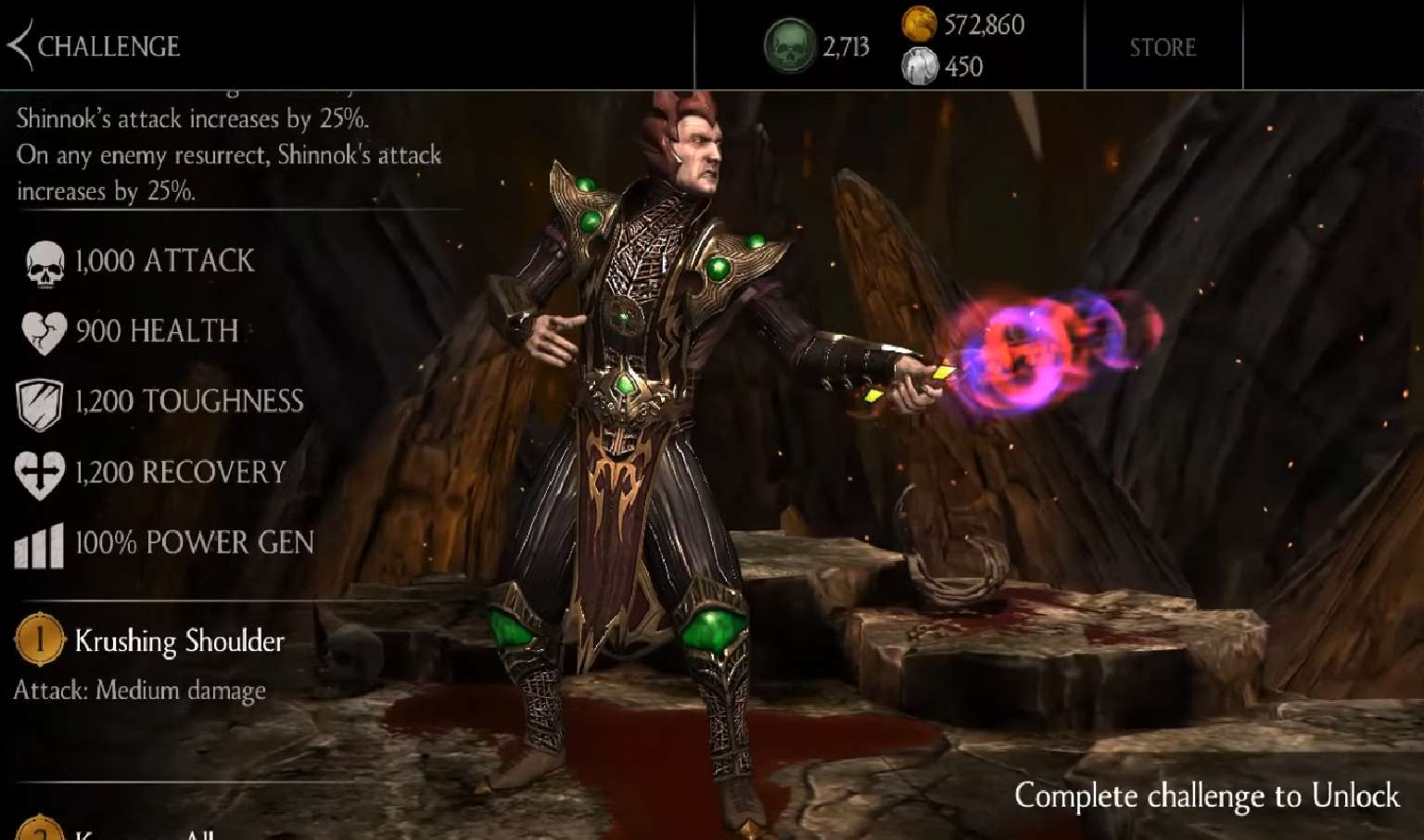 Shinnok, as a character, was created as the final boss for Mortal Kombat 4, though his first appearance was in Mortal Kombat Mythologies: Sub Zero. Shinnok is an Elder God who decided that he wanted to take control of Earth Realm and waged a war against Raiden for it. Raiden successfully repelled Shinnok’s invasion, though not without cost; the near extinction of the Saurian race. The Saurians who survived left Earth Realm and made their home in the realm of Zaterra.

In Shinnok’s debut appearance, his amulet was the plot item for the game, as Bi Han, the original Sub Zero was sent to four temples of the elements by the evil sorcerer Quan Chi to open access to Shinnok’s amulet. This amulet would have allowed Shinnok to escape the Netherrealm and restart his war with the other Elder Gods.

This stopped by Bi Han, who returned the amulet to Raiden in time for Bi Han to be invited to the first Mortal Kombat tournament.

Years after the failed invasion of Earth Realm by Shao Kahn, Shinnok managed to get his hands on the amulet again and invaded the newly resurrected realm of Edenia. And once again, Raiden gathered his warriors to face off against Shinnok in the events of Mortal Kombat 4.  And through the victory of Liu Kang, Shinnok was once again defeated and sent back to the Netherrealm, and Raiden was rewarded by being allowed to ascend to Elder God status.  Shinnok, however, remained in the Netherrealm until the events of Armageddon.

However, his status as an Elder God allowed Shinnok to retain his memories when Raiden sent his message back to his younger self in the opening of Mortal Kombat 9, and Shinnok manipulated events of the original timeline to remove certain characters from opposing him, like Liu Kang.

This backfired on Shinnok, who despite having successfully invading Earth Realm, was defeated by Johnny Cage and trapped in his amulet in the opening of Mortal Kombat X, and was once again defeated by Cassie Cage 20 years later, and was beheaded by Dark Raiden. Shinnok was still alive when his head was shown to Revenants Liu Kang and Kitana since one cannot truly kill an Elder God.

Bone Shaper Shinnok’s character towers are simple. His first three follow the standard “Bronze/Bronze and Silver/Silver” character restrictions, and his fourth tower that players have character restrictions. Tier 4 requires special ops characters, and tier 5 needs a Scorpion on the team, though due to the vast array of versions of Scorpion, this shouldn’t be difficult.

As with all character towers, Bone Shaper Shinnok is only available for a week. So if players want to get through all three sets of towers, they’ll need to hurry.