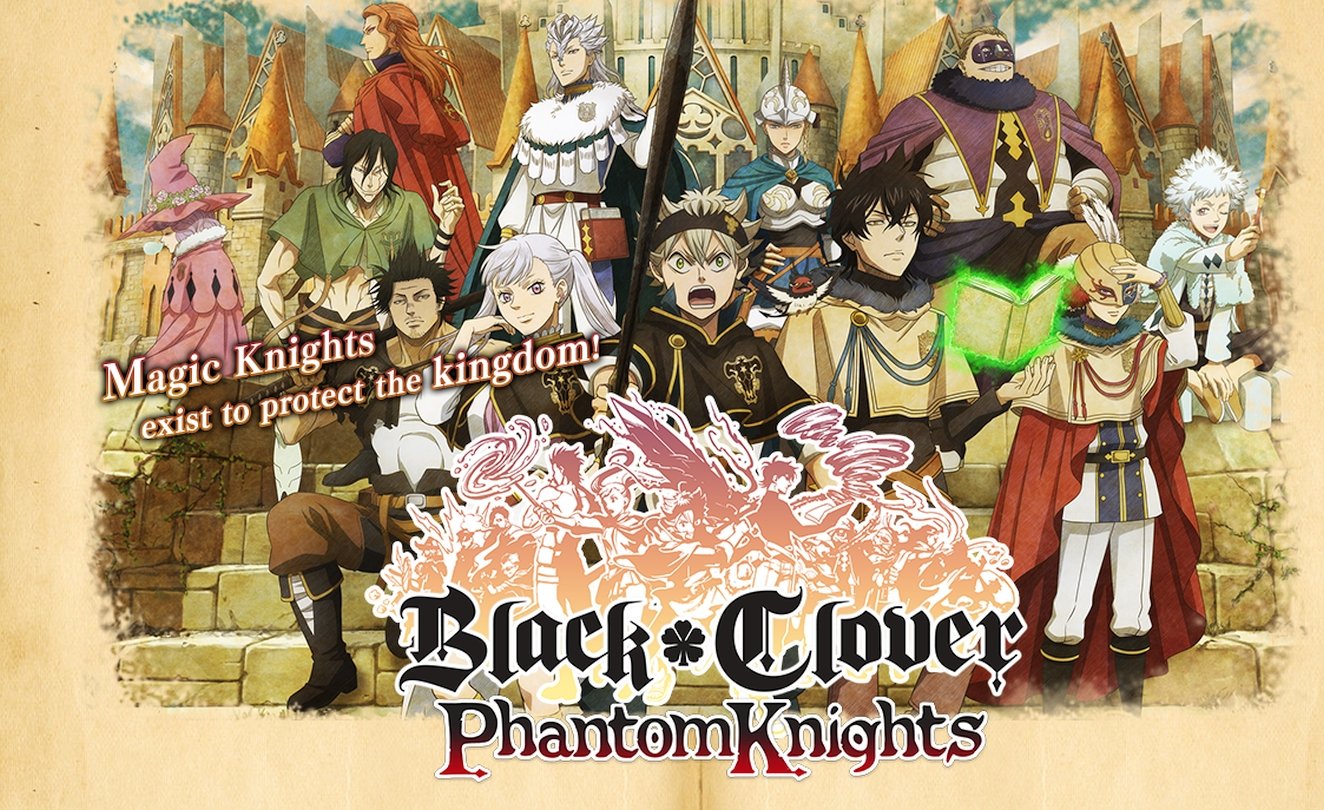 Black Clover Phantom Knights will soon come to a close. Bandai Namco has formally announced on social media, App Store, Play Store, and its official website that the mobile game is closing its servers worldwide. Often, the Japanese servers will remain open, but not in this case. The closure will occur globally.

Bandai Namco did not provide an exact reason why the closure will occur. The final message only tells players the final date for the game, plus a short message of gratitude to everyone who has supported the time.

Black Clover Phantom Knights is based on the Black Clover series created by Yuki Tabata in 2015. After its success as a manga series, it was later adapted into an animated series in 2017 and later a spin-off series called Squishy! Black Clover.

Black Clover follows Asta and Yuno, two orphans living on the outskirts of Clover Kingdom, where people are born magic users. While Yuno has the above-average magic ability, Asta lacks the powers. The story follows both leads as they try to climb up the top of the ranks of the Order of the Magic Knights.

🔊Shutdown Notice‼️
We regret to announce the closure of Black Clover Phantom Knights. Thank you all for your support and we hope you enjoyed playing.#BlackCloverPhantomKnights#BlackClover

Black Clover Phantom Knights is a kingdom defense RPG where players defend their kingdom while creating the strongest Knights Brigade. Players choose the best characters for battle and then strategize their way to victory.

Players can also deploy their brigade members to explore the country. After a while, the members will come back with various items, even hidden Dungeon Quests. After players complete these quests, they can find even better items to aid them in battle.

The game also contained some online multiplayer. Players could team up with other players to protect the Clover Kingdom from bigger attacks.

Black Clover Phantom Knights made its debut in app stores in Japan in November 2018. The game was released two years later in English in January 2020, first for Android and a few days later for iOS players. This means that the game will shut down service in less than a year from its initial English launch.

While the game won’t shut down its servers until early December, players can continue to play the game and use their items until the last day. This includes downloading the game while it’s still available on the Play Store and App Store.

The official website has also stated that players can use their in-game currency BlackJewel. However, they cannot purchase more of the paid currency, and the feature to buy more has been disabled.

Black Clover Phantom Knights will officially shut down on December 9.