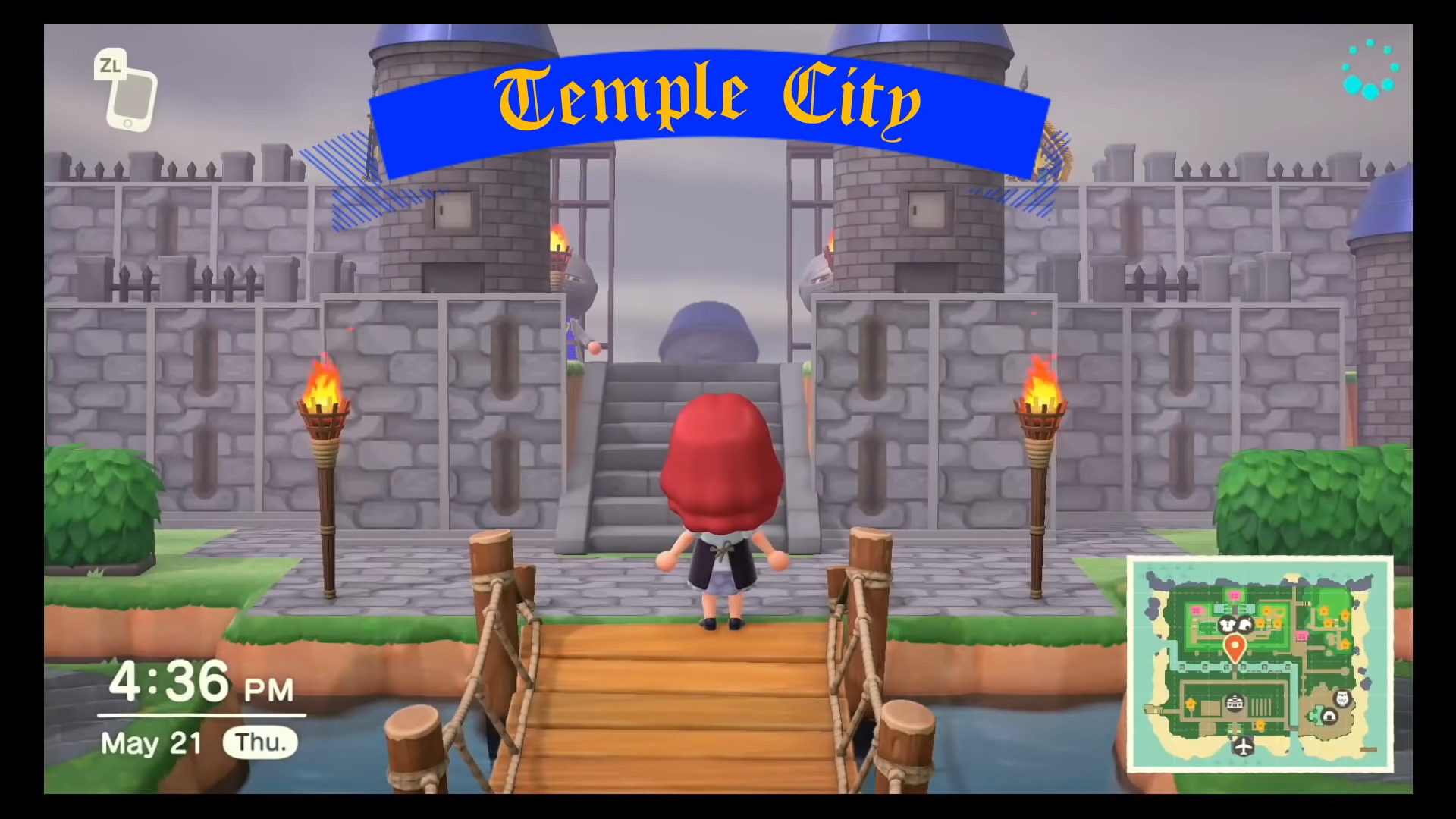 If you’ve been keeping up with the community surrounding Nintendo’s popular game Animal Crossing: New Horizons, you’d know that people from all over are working hard to create the perfect islands.

For some, these means following a specific aesthetic theme like cottagecore or fairycore, and some are creating horror-inspired islands. For a man named Chris from Chicago however, he decided to veer from the beaten path and create a unique and amazing medieval fantasy inspired town straight out of a storybook.

The island features several different named areas and a surprising amount of lore behind each location. The Red Sap Forest, Oasis Desert, and Ragna Village can all be found within this land. These locations are as varied as the names suggest, and really make you believe you’re traversing an RPG landscape. The crown jewel of the island is the castle town of Temple City, complete with castle walls, a tavern, and its own keep.

This island is really one that begs to be toured or visited, so make sure to check out the video below to get the full scope of the wonders it has to offer.

I also had the opportunity to sit down with the island creator Chris and ask him a few questions about his thought process and what it took to build the island. Chris can be found on his Youtube channel linked above, or via @templesbay on Twitter.

Obviously, your island is medieval-inspired, so besides that did you have any particular goals during its creation?

“There was actually a Reddit user who was doing a Medieval Fantasy build early on in the games life, he was doing the White City Of Gondor, and it inspired the heck out of me. I had seen a lot of people who were doing Disney castles, and making their houses into castles, but my main goal for my build was to create something as realistic, and as close to 1200AD as the tools I was provided were allowed.

Of course, there’s a little bit of fantasy in there, but I was really striving to keep it grounded and believable.”

It definitely shows through in your video! Did you take any other specific inspiration from other video games or media sources?

I thought I saw some dragon language somewhere in the most recent tour so that definitely makes sense! Now an island of this scale I’m sure was difficult to build, especially Temple City. What was the hardest part or most unexpected setback you faced during its creation? Was burnout ever an issue for you?

“So I built the island from Temple City. I knew exactly what I wanted to do for it, and that was the very first thing I built, and I built the rest of the world from there. The city was painful at times, I had to tear it down twice because of space issues haha. That was awful. But the worst part was actually the Viking village! It was really tough for me to do a “snowy mountain” as the game doesn’t wrap custom designs around buildings. So at first, the mountain was reversed with the village on top and snow all over but it looked awfulllllll. So I had to redo the whole thing and find a way to make the snow look natural. I still am kinda displeased with it but it’s the best it’s going to get for now.

The only burnout I had was from acquiring all the items I needed. I must have bought a million bells worth of wood from Nookazon. But the actual building and terraforming went very smoothly.”

That sounds like it was challenging at times, and being able to work around the limitations of the game while still realizing your original image is no small feat! Do you consider your island completely finished now, or are there things you still plan on tweaking or adding?

“There’s a video coming out that Chase Crossing did for me soon. It’ll be fun to see how much I’ve changed the island from my original island tour. I’ve done quite a bit, the whole desert has changed, I have a wyvern on the mountain, I added a mine, and redid the farm and the church. I’m constantly changing and updating and adding. But as of right now, I think it’s pretty much finished! Until Nintendo starts adding some more major updates. Inevitably there’s going to be some more major changes when those updates drop.”

A huge thank you to Chris for taking the time with me to discuss his lovely island. Chris has also been kind enough to include his creator code that features some original designs of his, in case you want to adorn your own island with some of his work. His code to access all of his currently available designs is MA-1746-0160-9232. 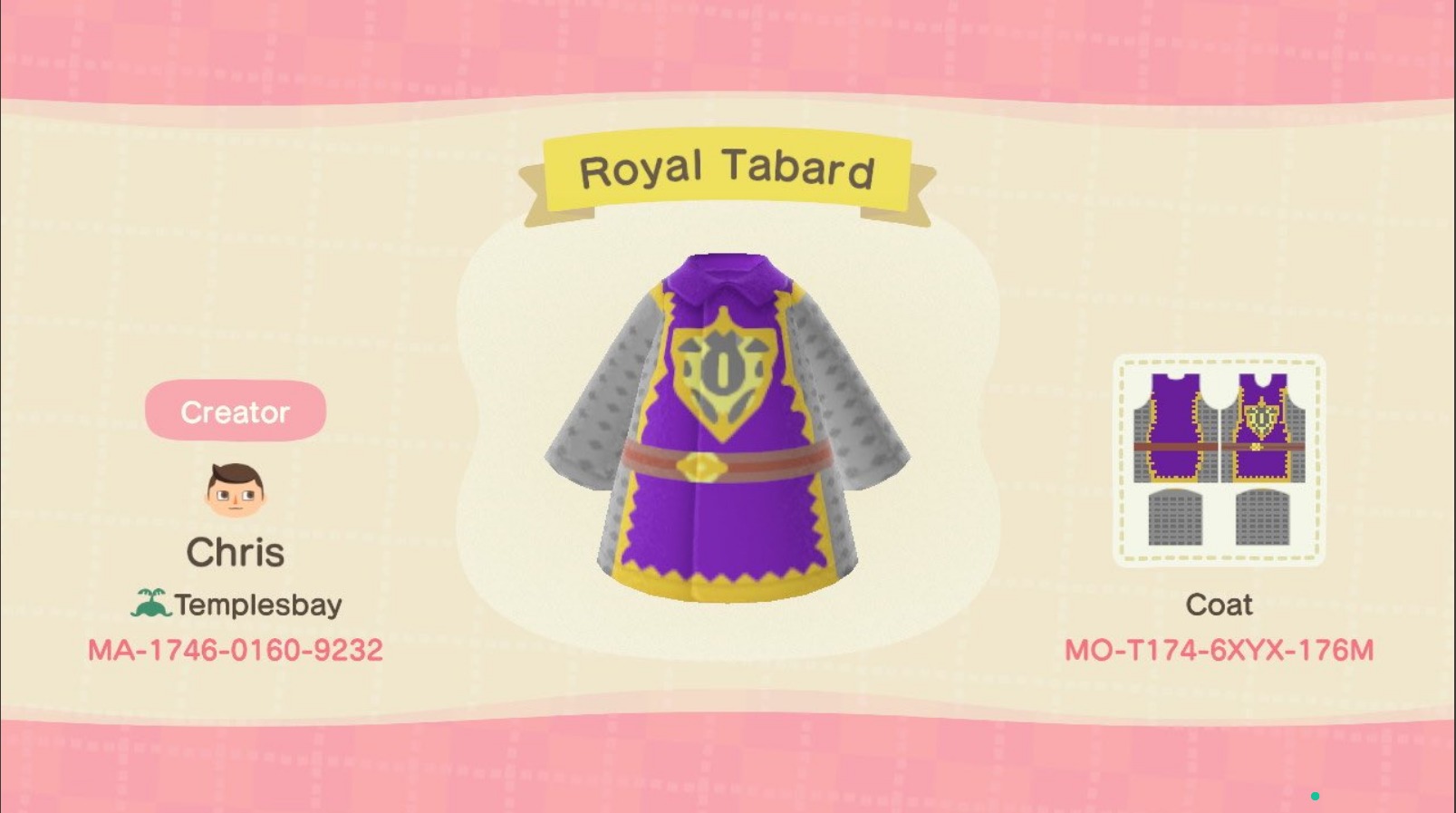 The creative freedom that New Horizons offers to players is baffling, as evidenced by Templesbay. It is always exciting to see just what creativity comes from this community, so be sure to come back here for all things Animal Crossing.