Ubisoft is preparing to launch its action-adventure game Immortals Fenyx Rising in early December. In an unusual twist, the publisher teamed up with the two stars of Adventure Time, Finn and Jake.

In the short crossover trailer, Finn and Jake are off on one of their usual adventures. Monsters attack, leaving the brothers in trouble. That’s when Fenyx flies in and offers some assistance. While Finn and Jake aren’t playable characters in the game, it’s an interesting crossover that introduces Immortals Fenyx Rising’s protagonist.

RELATED: Tasha’s Cauldron of Everything: The Circle Of Stars Druid Subclass Gets Final Revision In Wizards Of The Coast’s Newest Rules Expansion

Finn and Jake are also voiced by their voice actors from the show, Jeremy Shada and John DiMaggio, which is a bonus treat for those missing the animated program.

Immortals Fenyx Rising is the story of “the gods’ last hope.” Winged demigod Fenys is tasked with saving the Greek gods and their home from a dark curse. Fenyx will fight mythological beasts, master the Gods’ powers, and fight the deadliest Titan in Greek mythology Typhon.

RELATED: 'Far Cry New Dawn' Offered This Week On Steam Platform For 50% Off Until November 25

Within the stylized open-world are many fierce battles, but also a combination of puzzles and strategy. Players will have to use their wits and special abilities to solve challenging puzzles and escape vaults. There are seven unique regions inspired by the Gods.

Some of the mythical beasts include cyclops, Medusa, or Minotaur. These challenging battles will take place on land and in the air.

Players will have many gifts available to them, such as the wings of Daedalus, sword of Achilles, bow of Odysseus, and more. Using these powers correctly will help turn the tide of any battle.

Fenyx can further customize their abilities and appearance. The game has a detailed character customizer, but the crossover trailer shows the character’s default appearance. Fenyx will also unlock gear and armor inspired by Greek mythology. The warrior’s abilities are upgradeable, which will be final to fighting the final Titan.

For those who want to try out Immortals Fenyx Rising before launch can try out a free demo on the Google Stadia now. The free demo will be available until December 21, giving players extra time after the game launches to try out the game. 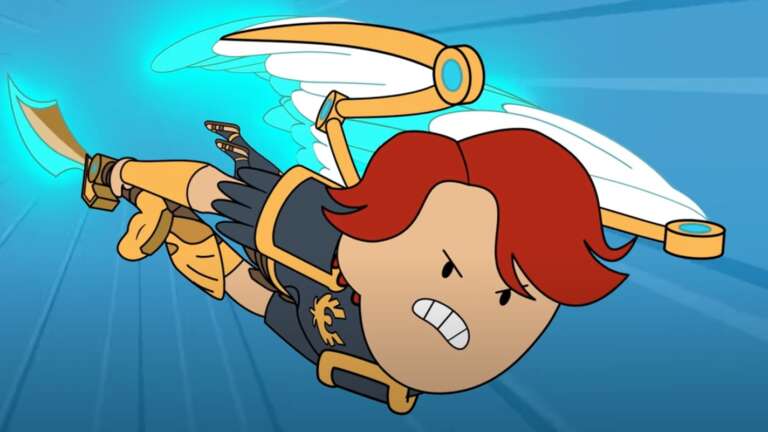 Nov 29, 2020 Lisa Nguyen 5510
Ubisoft is preparing to launch its action-adventure game Immortals Fenyx Rising in early December. In an unusual twist, the publisher teamed up with...