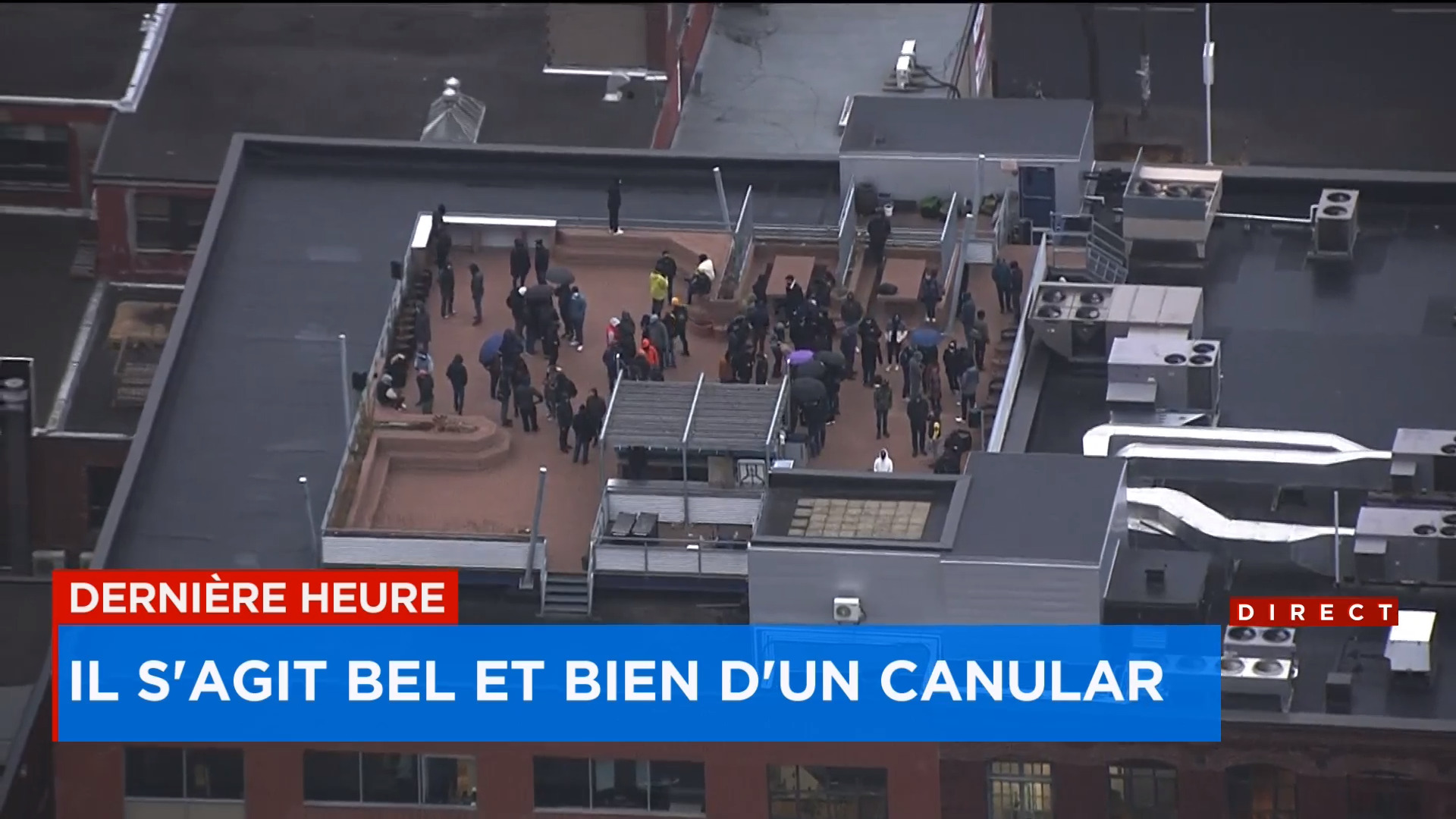 Note – 1649 EST: Montreal Police confirm that the hostage situation is a hoax, and thankfully no one has been reported as injured in the brazen stupidity of whoever is responsible. An investigation is now underway. This post stands as a timeline for the events as they transpired, with reporting that began within minutes after police were called to the scene. The hoax does not currently appear to stem from an obnoxious fan: the emergency call was reportedly placed from inside of the facility.

From the Journal of Quebec, we’ve learned that there is currently an active assault on the Ubisoft Montreal offices; suspects have forced their way into a building and have begun reportedly taking hostages while employees hide on the roof and barricade the doors from the outside.

There have allegedly been hostages taken, but there is currently no word on whether the hostages taken are Ubisoft employees, nor how many have been taken hostage. The Journal Of Quebec states that there ‘could be dozens of people who are currently being held’ at gunpoint by the attackers, and police are on the scene currently.

RELATED: Humble Bundle Announces A New Deal If You Subscribe This Month And Don't Pause The Sub

Demands have not been publically made from the attackers, and it’s unknown at this point of time precisely why the attack has occurred; there is live helicopter footage showing employees on the roof with the doors heavily barricaded from the outside.

This is nightmare fuel for the game studio, the industry, and the world as tensions increase internationally fueled further by the ongoing pandemic. News organizations are beside themselves in reaching out to Ubisoft Montreal staff to figure out the best scoop while live reporting maneuvers that the police response force has taken, as is tradition.

Is it happening inside Ubisoft ?

Being told there's a hostage situation (?) somewhere on Saint-Laurent between Maguire and Saint-Viateur.
Saw cops with guns drawn as people came out of a Ubisoft building with their hands up… pic.twitter.com/dtSnNtaKvV

People right now are just texting their friends. Texted mine, they are all home. Still waiting for a friend to confirm me that her husband is with her.

i don't have any more information than anyone else right now, there's a live feed here https://t.co/blVtj4CAOn

i'm in the same boat honestly, so many of us are WFH and terrified for our friends at the office because we have no idea about specifics

RELATED: Activision Rumored To Be Creating A Remake Of One Of Their Skating Games, Exact Title Unknown

There are live streams of what is occurring on French outlets, but finding immediate translations is proving to be difficult; at this point in time, not much is known regarding the attack aside from the fact that workers that are operating from the office are in dire straits.

Montreal law enforcement is currently clearing the area while validating information regarding how many are being held hostage, what the demands are of the attackers, and what possible outcomes are available that can ensure the safety of as many people as possible.

Local news stations show a look at Ubisoft Montreal's rooftop, where employees have gathered and barricaded the door.

Authorities have stated that, to their understanding, this was called in as a robbery from Ubisoft employees that seems to have escalated quickly and violently; tactical units are reportedly arriving at the scene should things escalate further with shields and armored trucks.

Witnesses have stated that they’ve watched the police enter the main door of the building via a ram, and a command post has currently been erected on the scene.

It should be noted that the building does not only contain Ubisoft employees; other businesses share the building along with Ubisoft Montreal.

EDIT: Information showing where some employees hiding have been removed prior to publication. Police reported no injuries or casualties at 1446 EST from the incident. Suspects have made a ransom demand that has not been made public knowledge.

1502 EST: Onlookers have witnessed personnel coming out of the Ubisoft building with their hands in the air under police supervision.

Officers have been sent to the location following a 911 call. Specialized #SPVM officers are on site inspecting the premises. There are no injuries reported. https://t.co/omrH0sYHbQ

1538 EST: A large number of employees appear to be evacuating the offices onto awaiting metro busses. Many employees still waiting on the roof.

1550 EST: Montreal police state that there has been no threat detected thus far, conflicting with eye-witness reports regarding suspects carrying firearms through the halls. The evacuation of the building is in progress; individuals still being streamed milling about on the roof with some willingly removing some barricades to re-enter the building.

1621 EST: Armed agents have reached the roof of the Ubisoft Montreal buildings, instructing all employees to keep their hands on their heads to ensure control over the group. Employees are complying and appear to be readying to evacuate into the waiting metro busses.

1624 EST: Employees, with their hands still on their heads, are being escorted by heavily armed agents in small groups of six from the roof towards awaiting evacuation. Armed agents are staying on the roof with remaining employees to ensure safety and control.

1637 EST: New reports are alleging that this was a hoax, a swatting prank that was conducted on the studio in light of recent news. This has not been verified by Montreal Police as of yet.

We’ll update this with more information as it becomes known, and is safe to share.