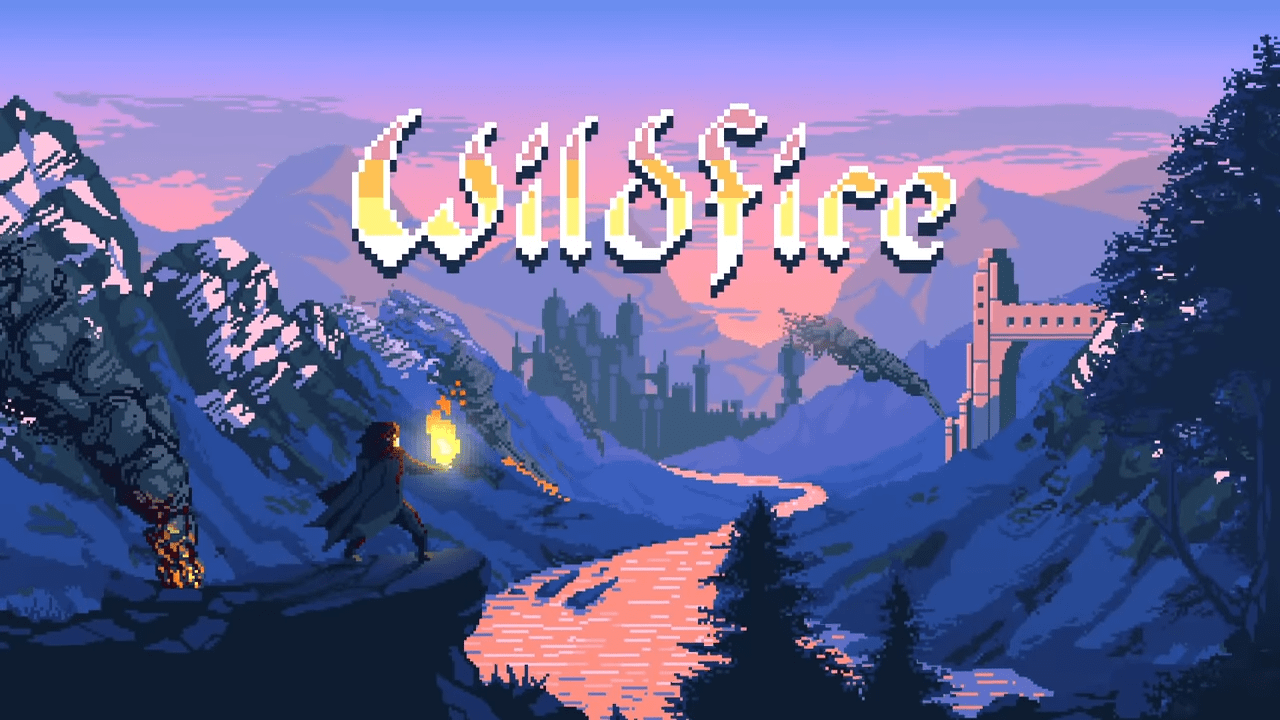 Wildfire is a game that has flown under the radar and you’d be forgiven for missing its May 26th release on Steam, GOG.com and Humble. Developed by studio Sneaky Bastards, this unique 2D stealth platformer arrives as a polished game – there is no long early access period, and what you see is what you get.

Master fire, water, and earth by turning the elements and the environment against your enemies in our mischievous stealth game where everything burns! Solo and same-screen co-op!https://t.co/uHpluDbAQJ pic.twitter.com/3fJoIIGI7b

However, it becomes apparent quickly that Wildfire is more than a 2D platformer. There’s a strong focus on AI – the way your character interacts with the NPCs, and how the NPCs have an impact on the world.

AI is always important in a stealth game, and from the moment you leave the initial village in Wildfire, you’ll be drawn into the world by the way various NPCs interact with the environment and your elemental spells.

Leading assaults on the evil Arch Duchesses’ forces or tricking a lone witch-hunter into the pit of flames you’ve just conjured up – these are the compelling moments that bring the world of Wildfire to life.

As for the story, world-building and replayability, Wildfire offers a lot. It’s clear that a lot of love and care has been put into the development of the game, and the art-style, sound design and narrative are refined and unique.

Whether it’s admiring the flames as you turn a forest to ash, messing around with the AI by sneaking around or pausing a moment to admire some of the game’s backdrops,  Wildfire is a complete experience.

There are also lots of extra challenges, puzzles and multiple combinations of elemental powers and sneaky movement that brings a level of replayability to the game. Besides, you have to find all the secret areas…

Lastly, Wildfire is playable solo or co-op. It’s a rare thing to find a co-op game releasing on PC these days, and the studio should be heralded for bringing such a mode to the game.

Overall, Wildfire is a charismatic game, a game that will induce nostalgia in some and whittle away some hours for others. An Indie game at its core, this small, sometimes mesmerising experience is recommended for any fans of the genre, and for those who like to burn witch-hunters.

May 26, 2020 Harry Alston 10580
Wildfire is a game that has flown under the radar and you'd be forgiven for missing its May 26th release on Steam, GOG.com and Humble. Developed by...

Apr 23, 2020 Harry Alston 6450
Every now and then an indie title really captures your attention, and in this case, it's Wildfire. Developed by Sneaky Bastards and presented by...

Feb 19, 2020 Harry Alston 10220
Stela is a new atmospheric puzzle-platformer on the Nintendo Switch, arriving on the Nintendo eShop March 13th, 2020. From Vancouver-based Studio,...