A New Gameplay Trailer Just Came Out For Greedfall; Looks To Be A Diverse RPG 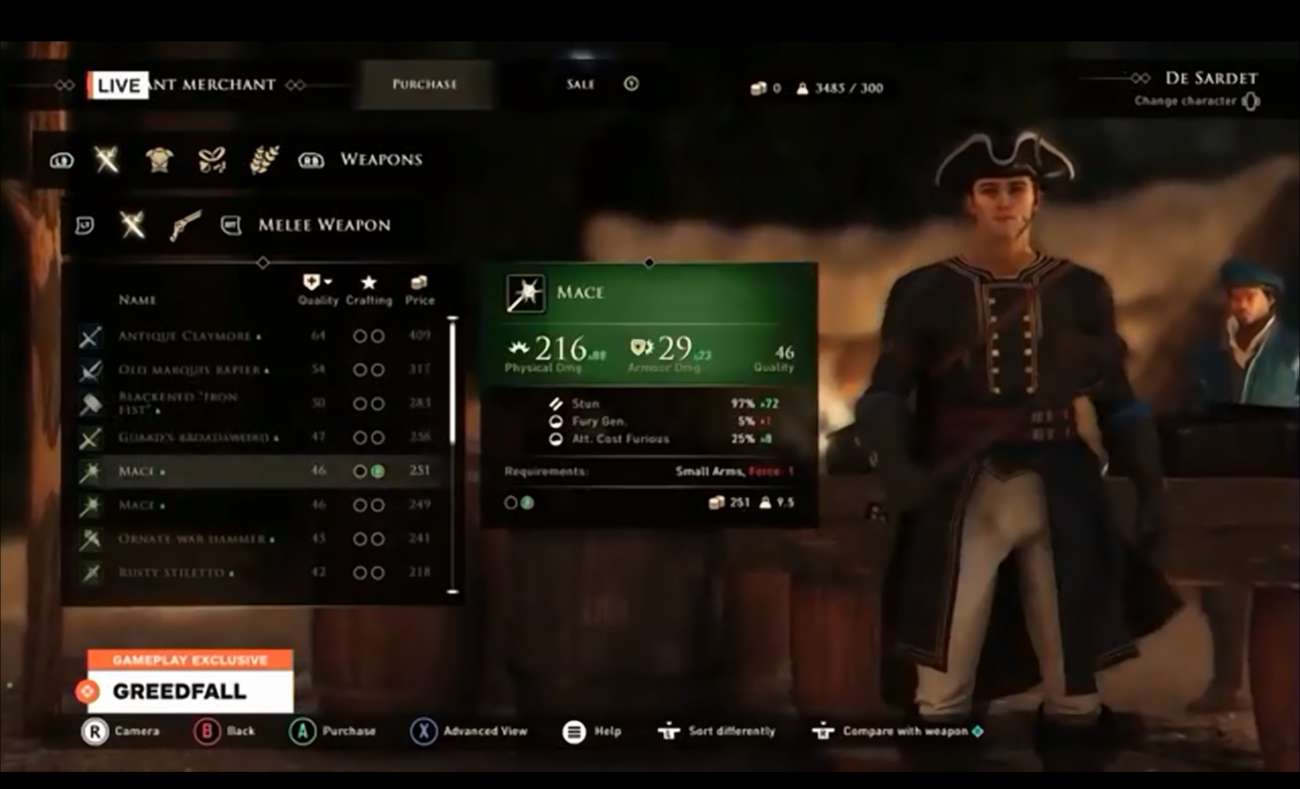 One of the more anticipated RPGs set to come out in September is Greedfall. It’s an RPG with a 17th century setting. It’s looking to be pretty unique, and fortunately, we now have some gameplay to break down thanks to a new trailer that surfaced via YouTube.

There are a lot of working parts in this trailer. Right away, this game looks pretty massive. Numerous environments are featured on a newly discovered island full of mysterious and creatures. There are huge brick cities, dirty swamps, and majestic forests. The developers at Spiders did a phenomenal job with every area’s design.

You feel immersed in this magical world, and that’s always what you want in an action RPG. The graphics are crisp and highlight each environment beautifully. These aren’t graphics of cinematic shots, either. They’re from actual gameplay, which is quite impressive to see.

Like most RPGs, you’ll get to decide what talents and skills your character has. This will depend on the style of play you prefer. For example, if you like countering an opponent’s attacks, you might increase your character’s speed and agility. There seems to be plenty of branching options, which should let you customize your character exactly how you see fit.

There are certain disciplines you can focus in on. However, if you want to be prepared for everything on this mystical island, you’ll probably want to enhance a little bit of everything.

It seems like the developers are giving you so much freedom as far as how you approach combat. You can use a heavy-duty melee weapon like a sword, or stay on the outside and use magic spells to your advantage. You get to decide how you approach Greedfall.

The game will be official on September 10 for Xbox One, PC, and PS4. If you like this genre, then this game will have plenty to offer you. It seems to be hitting all of the right check marks, from a gripping story to addicting gameplay. Let’s just hope it can live up to the early hype.

A Hacker Has Been Dominating The Online Leaderboards In Mortal Kombat 11; NetherRealm Studios Has Responded

Dec 31, 2020 Jeremy Green 5340
Those that have a PS Plus membership have had a lot of decent offerings to look forward to this holiday break. January is keeping that theme going...