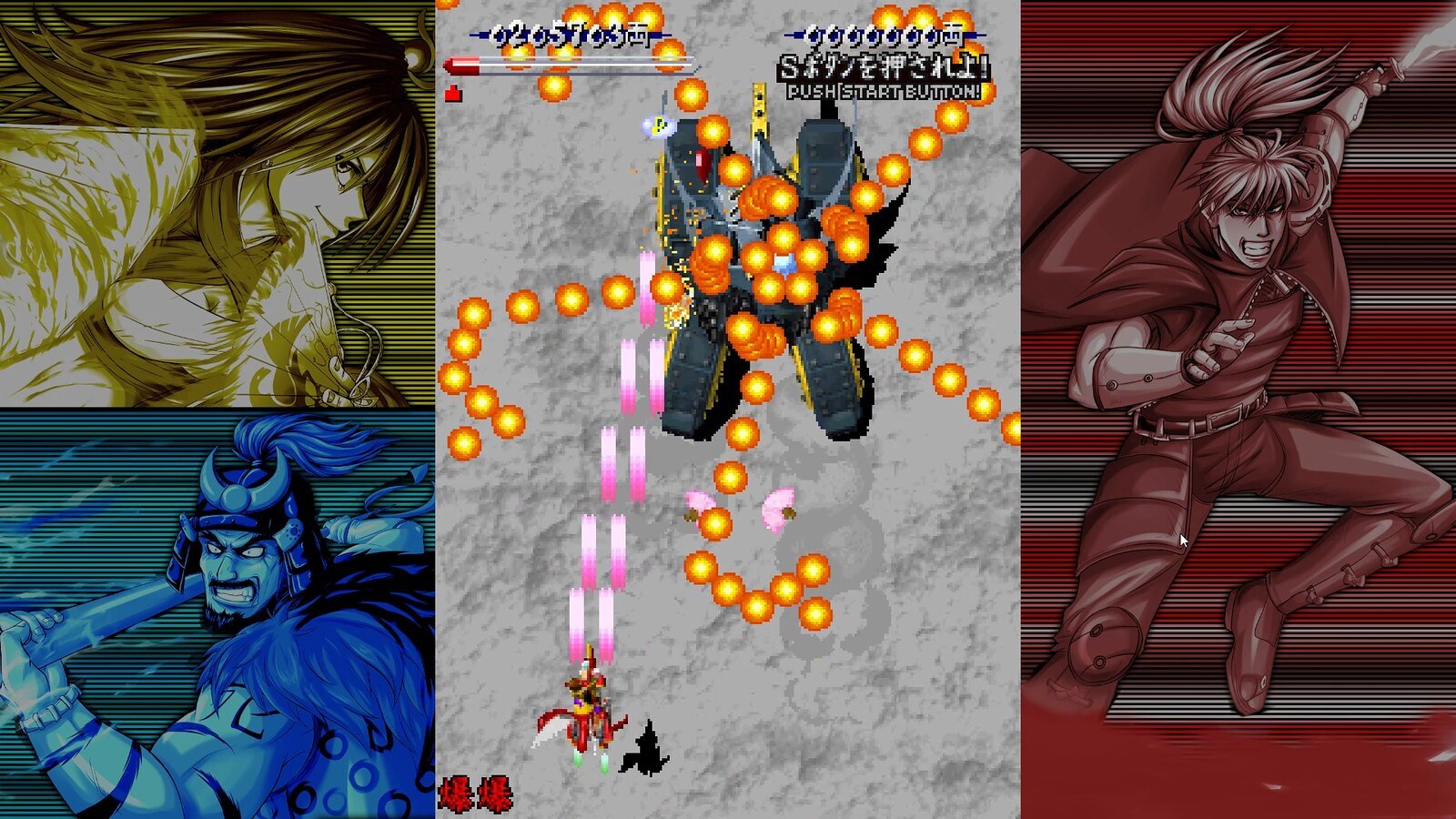 Vasara was an arcade classic for a very long time. It was one of many fighting games, shooting games, and other arcade classic genres that were big during the 80s and 90s. The exception is that this game was only ever released in Japan. Now you have a chance, for the first time in series history, to own a copy of the Vasara Collection.

Originally the game was released by Visco in the year 2000. The game was based on an alternate history of Japan and had a unique style that defined itself as a series. It used fighting style melee techniques in a shoot ’em up style game. Now, 18 years later, QUByte Interactive has rereleased the game for a brand new audience.

Very soon you will have the opportunity to play an arcade classic on your PlayStation 4 and PlayStation Vita. Each version will come with its unique features depending on which platform you buy it on. The collection includes both the classic version of Vasara and the sequel Vasara 2 in a single package. If you purchase it on the PlayStation Vita, you will be able to see some quality-of-life changes to the original game. This is supposed to make it a lot more playable on the small hand-held console.

The game also takes advantage of the full capabilities of PlayStation TV allowing you to include multiplayer support into your game. You can also enjoy your copy of the game with a friend on the big screen due to its full PlayStation Tv capabilities.

The game is not just a carbon copy of the original If you buy the game for PlayStation 4, you will also get an additional copy of the game built from scratch with 3D graphics. This game mode is called Timeless Mode and will be an endless battle in a quest for the highest score.

This endless mode will allow you to co-op up to four players as you battle the hordes of evil. The game is a fan favorite in Japan and as it comes to America the game’s developers, new and old, hope that gamers in the west will enjoy the game as much as the original fans did.

You can get a copy of this game on August 13 for both PlayStation 4 and PlayStation Vita. This will be a console exclusive for now, but that may change soon.

A New Gameplay Trailer Just Came Out For Greedfall; Looks To Be A Diverse RPG

Jul 4, 2022 Tom Lee 360
Fntastic and MYTONA in May postponed the premiere of the MMO survival shooter The Day Before but decided to transfer it to the Unreal Engine 5...

Jul 4, 2022 Tom Lee 130
It including Splinter Cell: Blacklist and several installments of the Assassin's Creed franchise. Be sunset in September. Most of these games will...