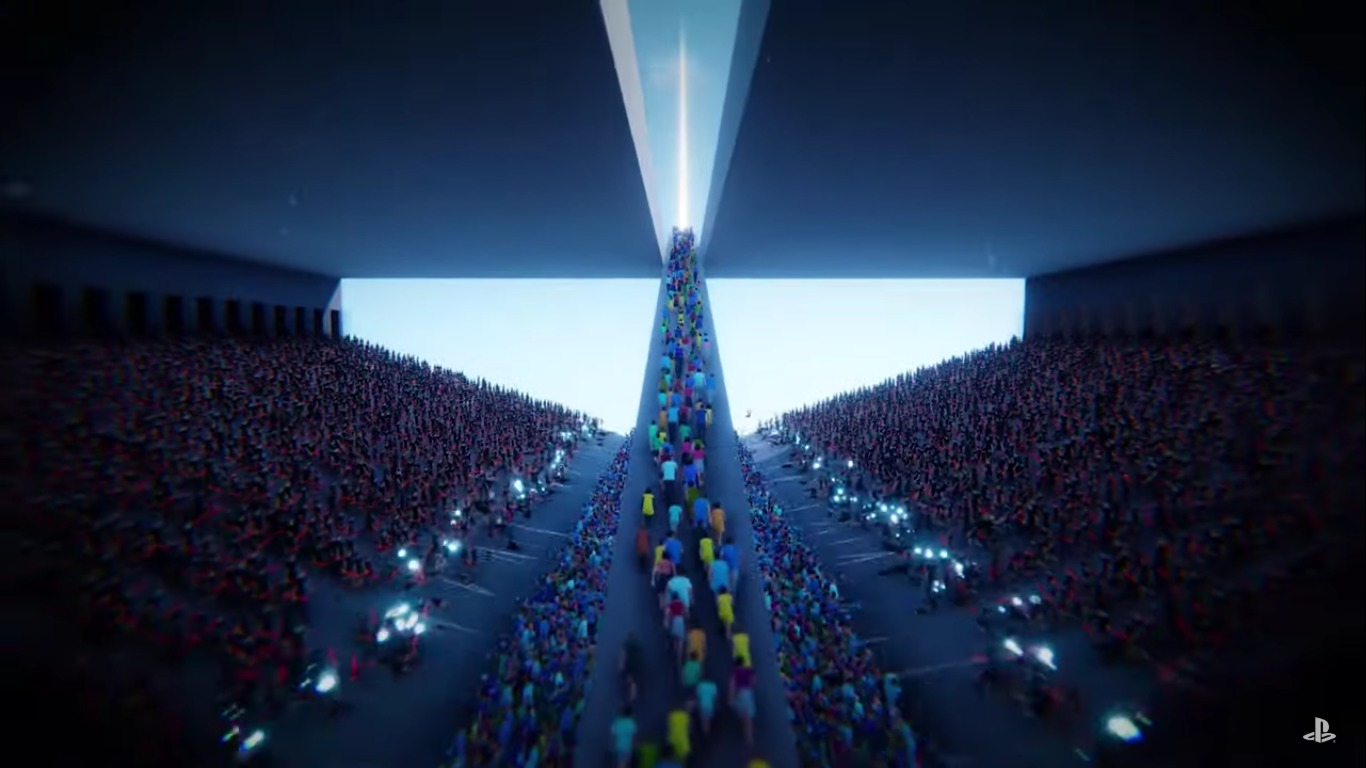 The PlayStation 4 will be receiving another weird addition to its game lineup as Humanity has been announced. Enhance and THA ltd. have teamed up on a unique title that will be launching sometime in 2020. The game is a strange look into human nature from an alien perspective. It is a good simulation of how aliens would look at human behavior without any context to what they are doing.

It is a strange game between the floating streams of humans, and battle simulator fights many are confused as to how you would play this game. It is important to mention that Enhance is not simply publishing the work but acting more of a co-production team with THA. That means we have two major developers in strange games coming together to create this hypnotic world.

In a developer blog post on the official PlayStation blog discusses the inspiration for this game. “Humanity came from thinking of how a transcendental being would interpret “human-like” behavior, in the same way, we humans interpret bird flocking with Boids,” reads the blog post.

It is an in-depth look at humans from a different point of view. The developers started their process by expanding their perspectives and looking at the wide world of human behavior. From influencers to politics, they looked closely at what happens when humans flock together like birds.

The game is unique in both topic and execution. All that has been released so far is a trailer and the blog post mentioned above. It runs like a human group simulation, but this thought gets distorted as it was made by humans. The developers attempt to simulate a view of humanity through the eyes of a transcendental being; this will either turn into a beautiful simulator or a complete mess.

To make the devlopment of this title, even stranger THA is not even a game development firm. They are a group of designers and engineers that create computer media. All of their different skill bases have come together into creating this game even though it is not their primary occupation.

Humanity will release on the PlayStation as both a game and a VR experience. The developers consider the chance to be on such a major console a special opportunity which was possible only because of the help received from Enhance.

This beautiful game’s trailer might be a gateway into an unexplored genre of gaming. Indie developers work every day in the gaming industry to bring us unique narratives and experiences, and while some turn out better then others all are welcomed by fans as a chance at a new world. 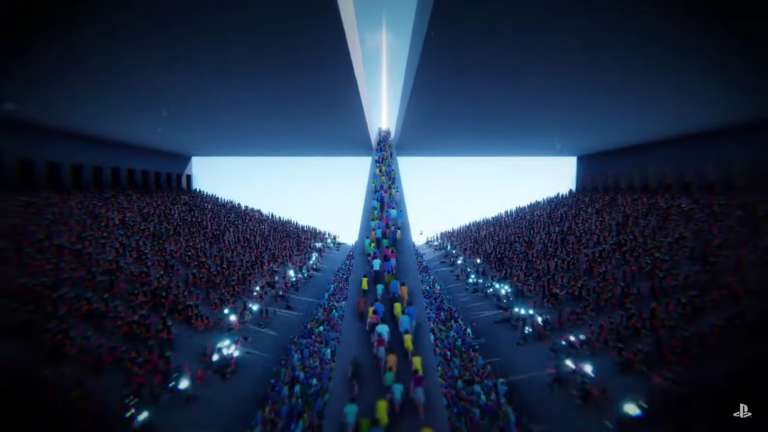 Sep 24, 2019 Joshua Goodpastor 3890
The PlayStation 4 will be receiving another weird addition to its game lineup as Humanity has been announced. Enhance and THA ltd. have teamed up...