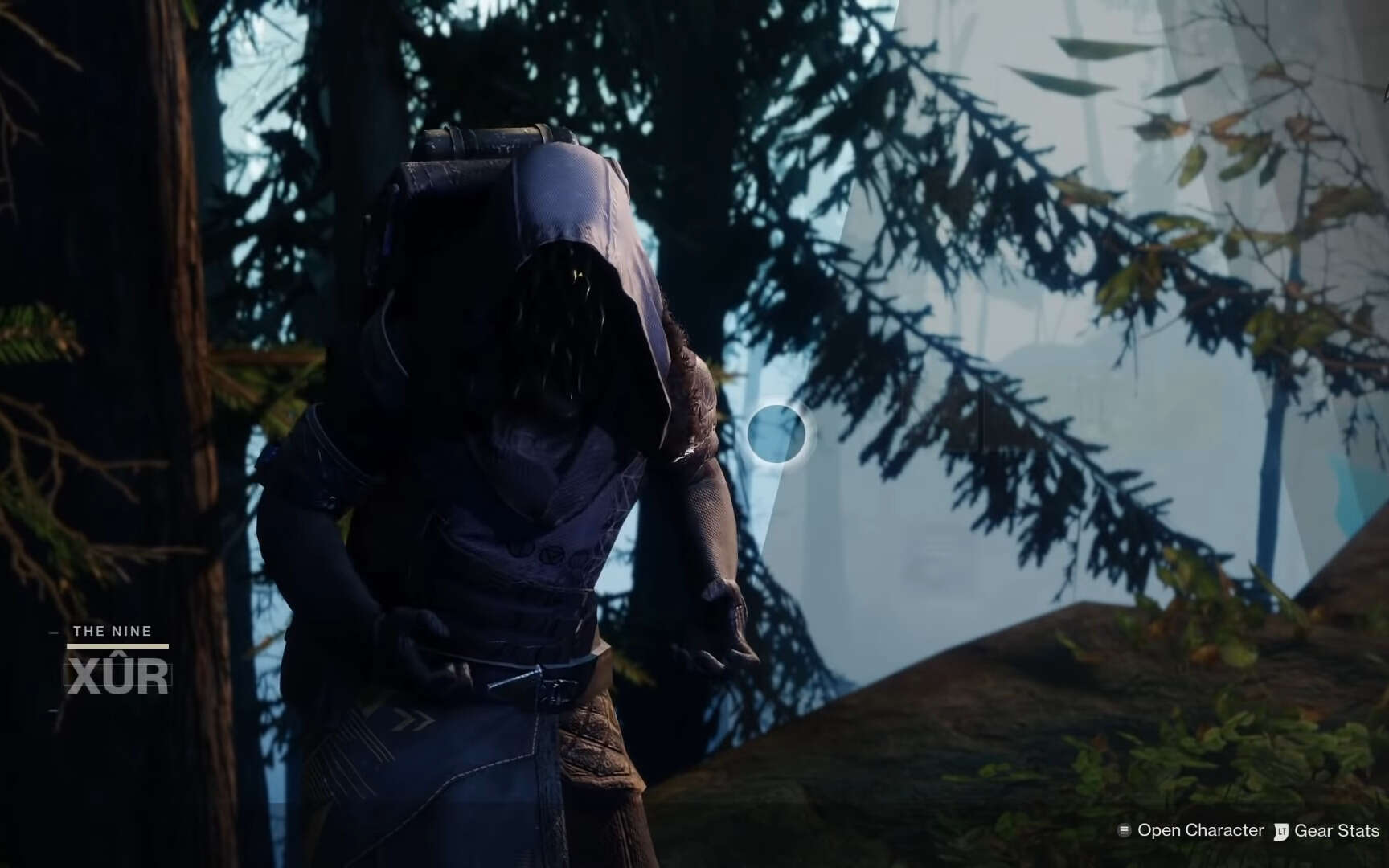 Each week on Friday brings something for Destiny 2 players to look forward to. The tentacled Agent of the Nine known as Xur rotates to a predetermined location to sell an assortment of weapons and armor.

Not just any weapons and armor however, Xur is the only vendor in the game that offers exotic tier items. As such, players have plenty of incentive to at least drop by and see what he has to offer. This time around, you can find Xur in the EDZ. For those unaware of his usual spot, he is located at the tippy top of a cliff overlooking the Winding Cove.

This weekend in Destiny 2 you can find Xur on Earth.

This week, Xur is offering the Telesto Fusion Rifle for his exotic weapon choice. This weapon used to be dominant way back in the early days of the Forsaken DLC, as it allowed players to complete Blind Well rounds at lightning speed.

Nowadays, the weapon is still useful especially in PvP, but also in PvE as well. The projectiles launched from this weapon stick to surfaces and even other guardians, exploding shortly thereafter. If you haven’t gotten this weapon yet, it’s certainly worth a tryout.

Now on to the armors currently offered by Xur. First up are the Hunter’s this week, with the Aeon Swift gauntlets. These gauntlets work best when used with other players, so make sure to let your fireteam know. Dodging with these gauntlets equipt gives class ability energy to any nearby allies.

Warlocks this week get the chance to purchase a solid and reliable exotic choice. The Ophidian Aspect gauntlets come equipt with a perk that increases both weapon ready and reload speed, and melee range. This means that no matter the situation, this exotic offers a considerable benefit to your fights.

Finally, Titans can opt to purchase the Lion Rampant greaves. This exotic is mostly used for traversing the map, but is a huge help during certain platforming heavy quests and activities. The perk “Jump Jets,” makes you more maneuverable in the air, and increases hip-fire accuracy while airborne. If you haven’t grabbed this exotic yet and you enjoy playing Titan, you don’t know what you’re missing out on.

Make sure to visit Xur before he’s gone, as next Tuesday during the reset he will head off to some unknown destination. Don’t fret too much, however, as you can always check back here on Friday to see a new set of exotic gear to grab.