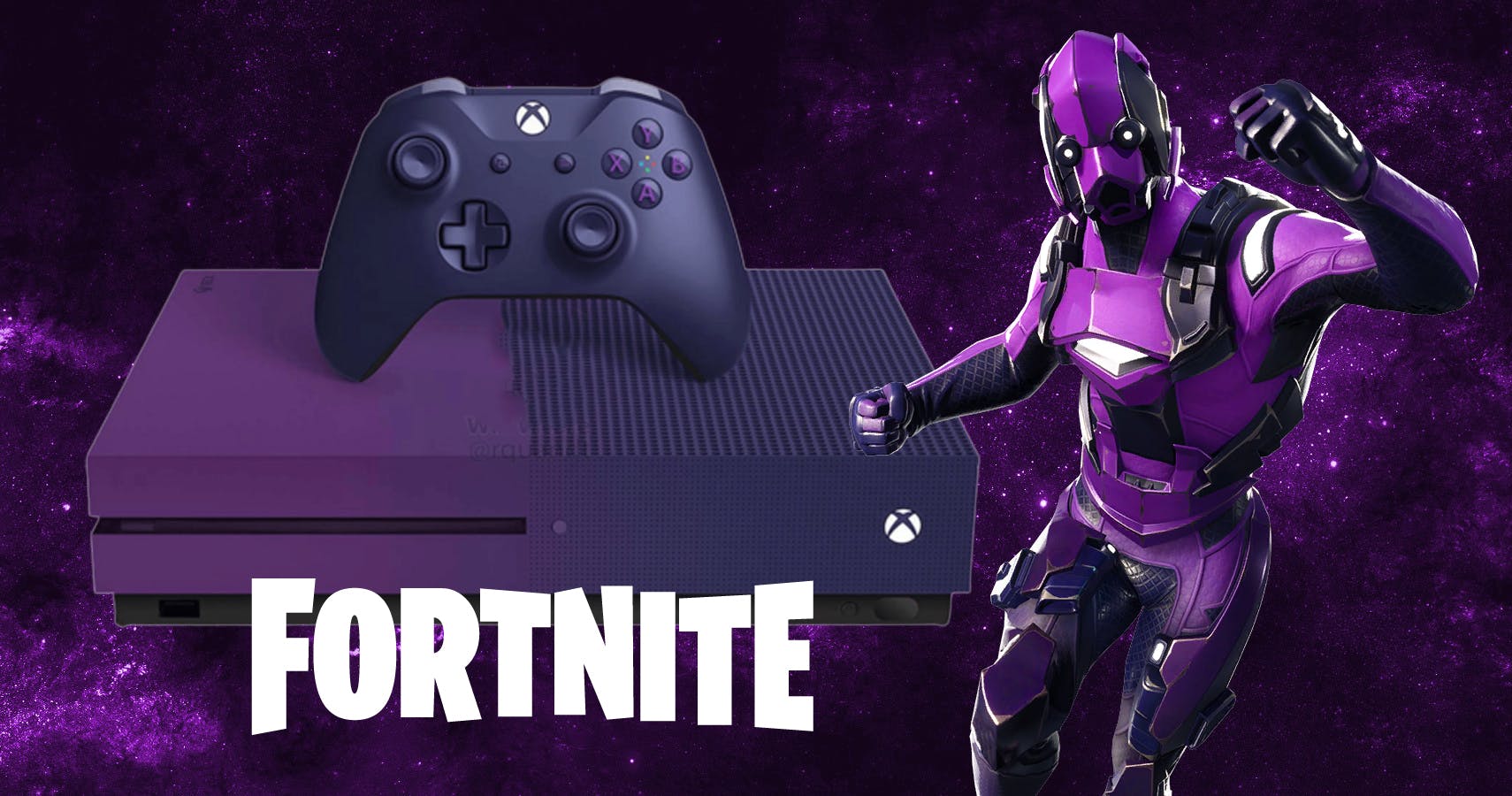 The Fortnite World Cup is kicking off with great success in both the competitors and the fan base. Xbox has announced a special edition Fortnite themed Xbox wireless controller. This has previously only been available in the Xbox One S Fornite Battle Royale Special Edition Bundle but is now available for individual sale.

The controller is compatible with the entire Xbox One family and features a sleek single color design with light purple buttons. This controller is similar to the other recolorations that Xbox has used on other special edition controllers including the Yellow, Red, Green, and Blue dots in the middle of the button section representing the original colors of the buttons.

The purple design comes with the Legendary Dark Vertex outfit and 500 V-Bucks to add to your account. These V-Bucks can be used to expand your emote collection, upgrade your glider, buy new skins, or even purchase the next Battle Pass. This is entirely up to you on how you wish to spend the money.

Whether you are a new player or a seasoned pro, the controller lets you achieve your Victory Royale in style. Its sleek design keeps up with the Xbox One S controller build, and as with every other controller sale, it includes a set of batteries so you can get right into the game.

The controller uses Bluetooth technology to connect to any Windows 10 devices, and you can easily take advantage of custom button-mapping through the Xbox Accessories App, allowing you to play however you want. It will include the fan0favorite 3.5mm headphone jack allowing your headset to easily connect to the controller and let your strategies your next win with your team.

The Fortnite World Cup Finals might be over, but that does not mean that you can not still achieve victory. Although this is a commemorative controller, it will be released later than the main Fortnite events happening this year. You can watch the World Cup replays on Mixer or Youtube through the official Xbox channels.

Whether you want it as a collector’s item or just something to show off to your friends the Fortnite Special Edition Xbox One Controller is a perfect addition to your Microsoft accessories. Although it is not guaranteed to help, you get a win in Fornite it at least will look good sitting on the shelf awaiting your next battle royale endeavor.

The controller will be available starting September 17 on the Microsoft Store and at retailers worldwide for $64.99. This is a limited time offer and as in the past could disappear so if your a major Fortnite fan get it while you can.