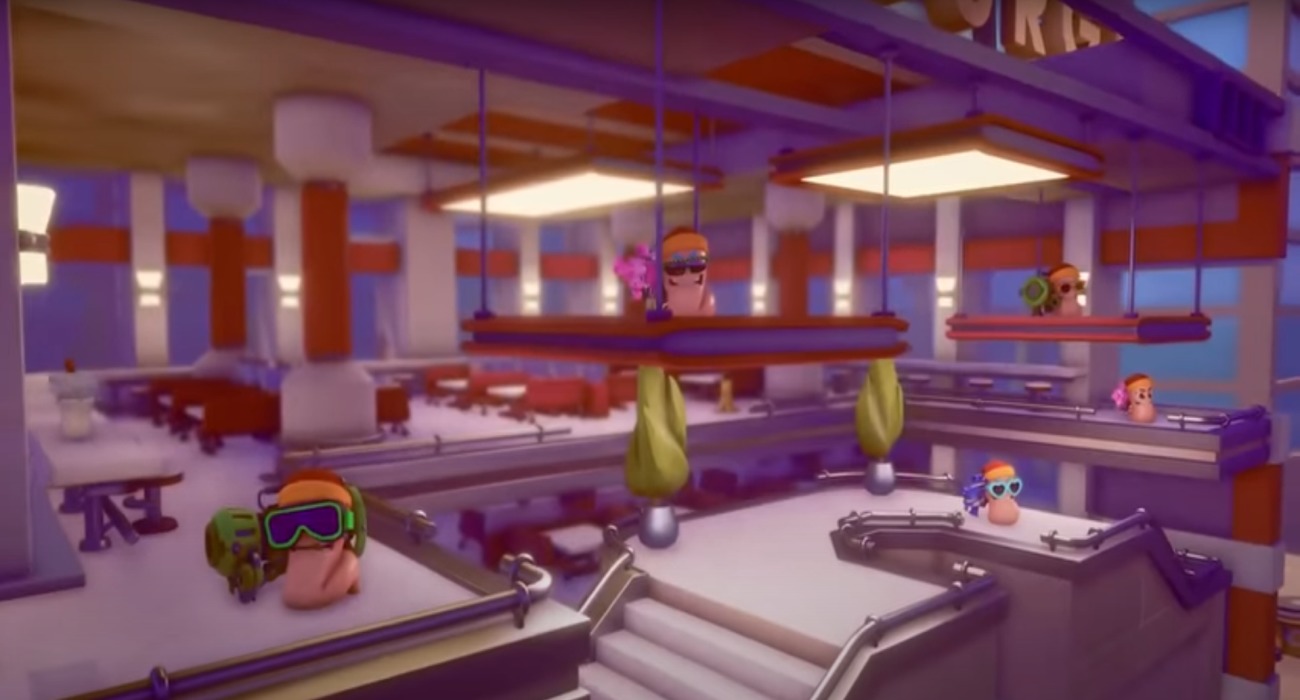 The Worms franchise has been going strong ever since the 90s. These games have evolved over the years, but the formula has been pretty much the same.  Destroy all of the opponent’s worms before they destroy yours.

You have all sorts of weapons to do so, from big bazookas to machine guns. The developer Team17 has treated this series right over the decades and made innovations when they were needed the most.

They’re about to do it once again. Worms Rumble is the next installment in the long-running series and wast just announced by the developer.

This time, it will be real-time and feature 32-player based arena shooter action. It’s definitely a noteworthy departure from the classic formula, but on paper, has the chance to work out great and push the series to new heights.

According to the game’s Steam page, there will be a couple of modes that include Deathmatch and Last Worm Standing. Deathmatch is a new addition that should keep even the most advanced Worms players on their toes.

Judging by the game’s 2.5D visuals, they look spectacular. For the longest time, this series has had 2D hand-drawn graphics. They’re what fans have come to expect, but this latest installment is changing up the recipe and that looks to be like a great decision from Team17.

Each time an installment comes out, they’re constantly looking to innovative and give fans something new to look forward to. They still know their fans, though, and always leave successful elements that worked out in the past.

Worms Rumble seems like a pretty fun experience already. The real-time aspect definitely shakes things up as the series has always been turn-based where opponents take turns. Now players will have to think on the fly as they try to dodge and zip around for lethal attacks of their own.

If you’ve played the Worms series since the beginning, you can bet the new designs and features will take a little bit of getting used to. Still, the changes that the developer has made make Worms Rumble stand out.

You can check out the official trailer announcement on YouTube right now. It shows some of the 2.5D environments, weapons, and chaotic battles like never before.

The last Worms was great, but this one has the chance to break boundaries and give new life to a classic series that has been around for a long time.