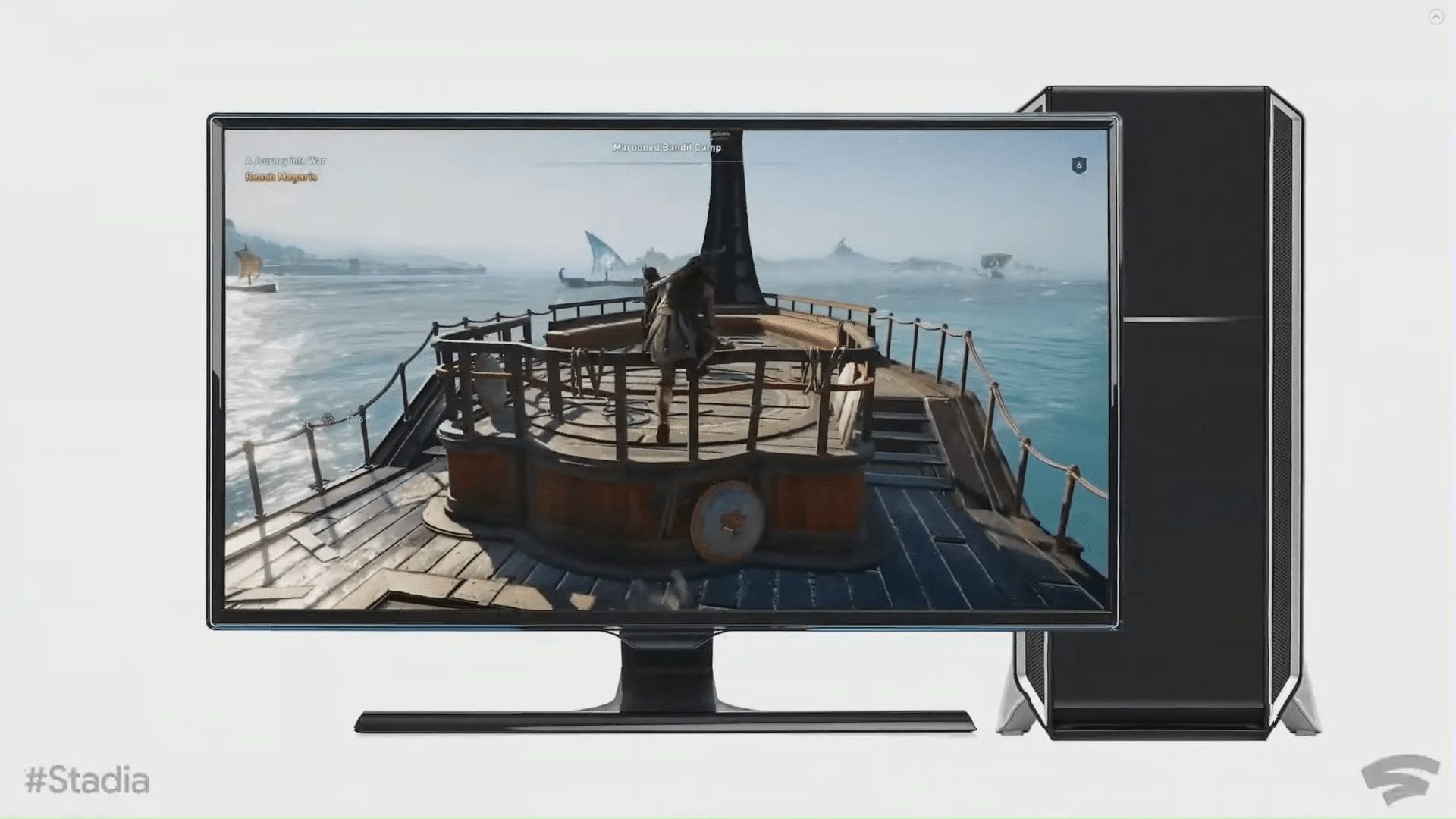 Google Stadia is coming. Announced at the Google Stadia Connect event in the lead-up to E3 2019, Stadia will apparently launch in November 2019 with a bunch of games for those who pick up the Founder’s Edition on pre-order.

For those who wait around, you’ll get to play with the launch of Stadia Base in 2020.

Stadia is different from your usual game platforms, and if everything goes to plan, it could transform the industry. We have to stress: if everything goes to plan. The main concept behind Stadia is that all the games you play aren’t running on your own hardware. They are being streamed remotely from a distant, dedicated server to any device which runs the Google Chrome browser. Who would win in a fight? Your $2,000 gaming PC or a Chromebook?

Obviously, people have been skeptical about Stadia’s performance. As of yet, there have been limited play-tests, and reception has been a mixed bag. Some can see the value of Stadia and how it might one day be the future of video games, but others prefer to stick the traditional power of a decent PC or console rather than rely on dodgy internet connections to determine the quality of their game.

Everything should be taken with a grain of salt when it comes to reviews of streaming services, especially when it’s something as data-heavy as online gaming. Data caps are a thing. Data caps don’t exist in a controlled environment when the platform is handed out to reviewers. If Stadia uses up your entire data allowance over a few days of playing, the platform is unlikely to do well. In data released today, Google claims you will be able to get between 65 hours and 220 hours of gameplay (depending on the quality of the stream) before you hit 1TB of data usage.

Plus, considering Google’s tendency to simply drop or stop supporting projects which don’t succeed, fans are worried about the whole “subscription” service package. More and more platforms are introducing pay-to-play streaming services. The industry is taking a worrying turn away from players actually ever owning the game they play. What happens when the games you’ve paid for over the last year just disappear?

In terms of hardware, Stadia launches with just a gamepad. It connects wirelessly to the server, and that’s that. This gamepad looks and feels like an ordinary gamepad, retails for $69 dollars (verging on expensive), and features buttons for easily recording footage and calling up Google Assistant for cheat codes and walkthroughs mid-game. Useful.

Besides all that, Stadia is about games. Fans were concerned that Stadia would flop as uselessly as Google +, but it does look like Stadia is launching with a hefty punch of title.s The new DOOM Eternal, Rage 2, Metro Exodus, Destiny 2, Baldur’s Gate 3, Borderlands 3 and the new Darksiders Genesis will all be available AT LAUNCH. The team over at Stadia also slipped in they were waiting to announce games from Capcom, EA and Rockstar.

There will be three versions of Stadia: Founder’s, Base and Pro. The Founder’s Edition offers a limited-edition control, Chromecast Ultra device, a three-month subscription the Stadia Pro service (essentially an Xbox game pass) and a three-month pass for a mate. Stadia Base is your standard version, available to anyone with a device with the Chrome browser and a controller. The Pro service includes up to 4k streaming for your games (revealed to be pretty data heavy), access to a subscription service of “free” games, discounts for new purchases, and limited time full-access to Destiny 2, including old and new content (even though Bungie just announced there would be no more exclusives.)