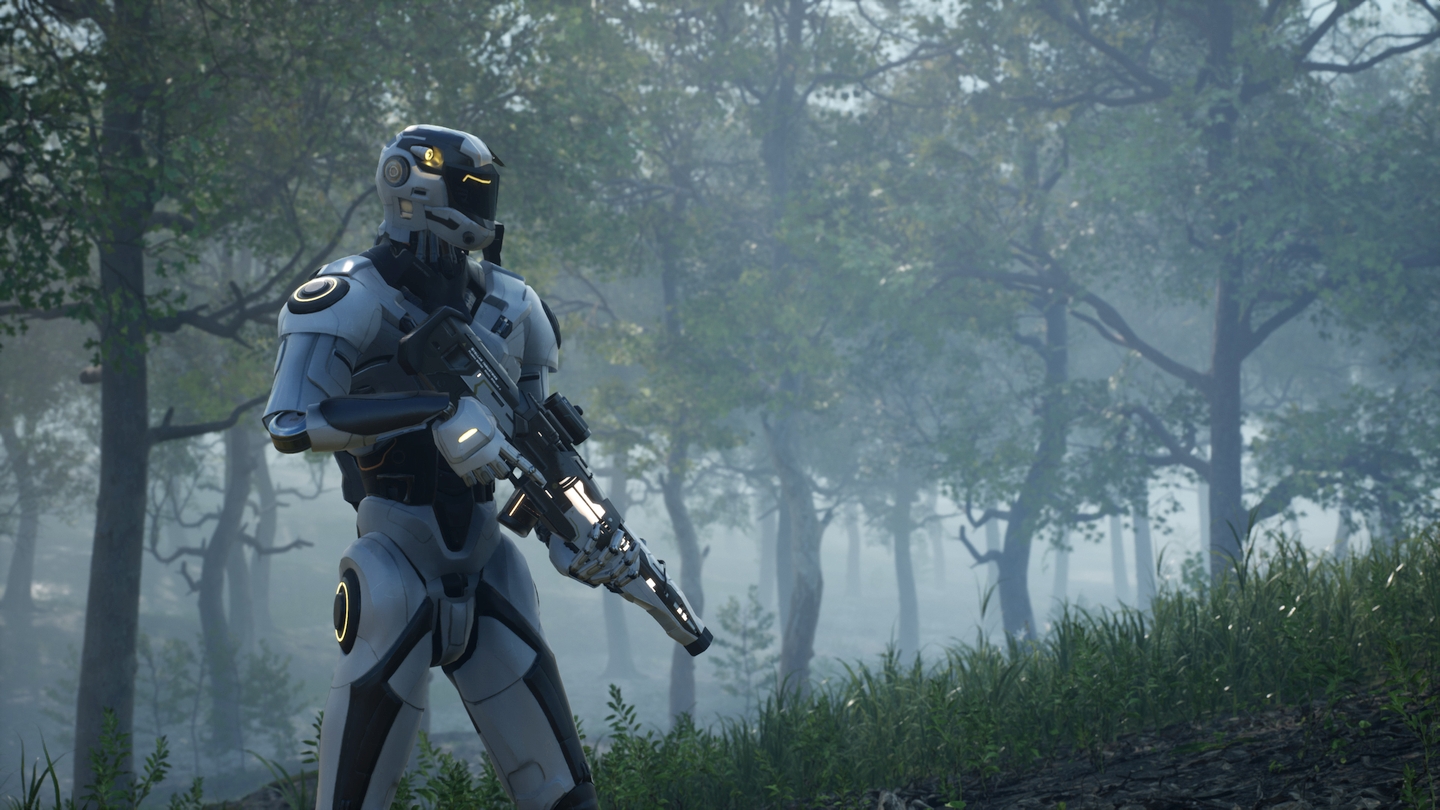 Developer and publisher Vulkanic’s Proxima Universe, a robotic war simulator, was initially announced in 2018 and was crowd-funded thanks to gamers on IndieGoGo for over $30,000. So far, the developer has released a cinematic trailer to introduce players to the game.

The upcoming title is a large scale, next-gen shooter that features battles with up to 100 players. The game also has dynamic weather, seasons, and a real 24-hour day and night cycle. The title will include cross-platform play so that players across the globe can play together.

The game takes place on a planet similar to Earth called Alterra. Players control robots since there are no organic lifeforms on the game. There are three classes to choose from Gunner, Mechanic, and Protector. Robots are completely customizable and not bound to classes.

Each map in Proxima Universe takes place in a giant space. In a game where up to 100 players can gather, the extra room is vital. The first map, Haven, from the Terra Control game mode, covers 4×4 km of land. Other game mode maps will be even larger with real-time rendering. Each game round lasts between 20-25 minutes.

Terra Control is the first game mode where players are divided into four teams. Teams have to capture and control different areas to win. After a while, the Final Phase begins, and a winner is declared before the mode begins all over again.

The weather system is also similar to Earth. There are real weather conditions based on seasons. One 24-hour day will be similar to a day on Earth, starting with fog in the early morning, to other small weather details. One day covers 24-hours not only in-game but also in realtime. The game doesn’t stop once players stop playing. There is no queue, and players can drop-in and out at any time.

Proxima Universe will be available soon on PC via Steam Early Access. Players can add the title to their wishlist now to be informed when the game is available.

Will Apex Legends Receive More Frequent Bug Fixes And Updates? Respawn Opens A New Studio In Vancouver To Focus On The Battle Royale