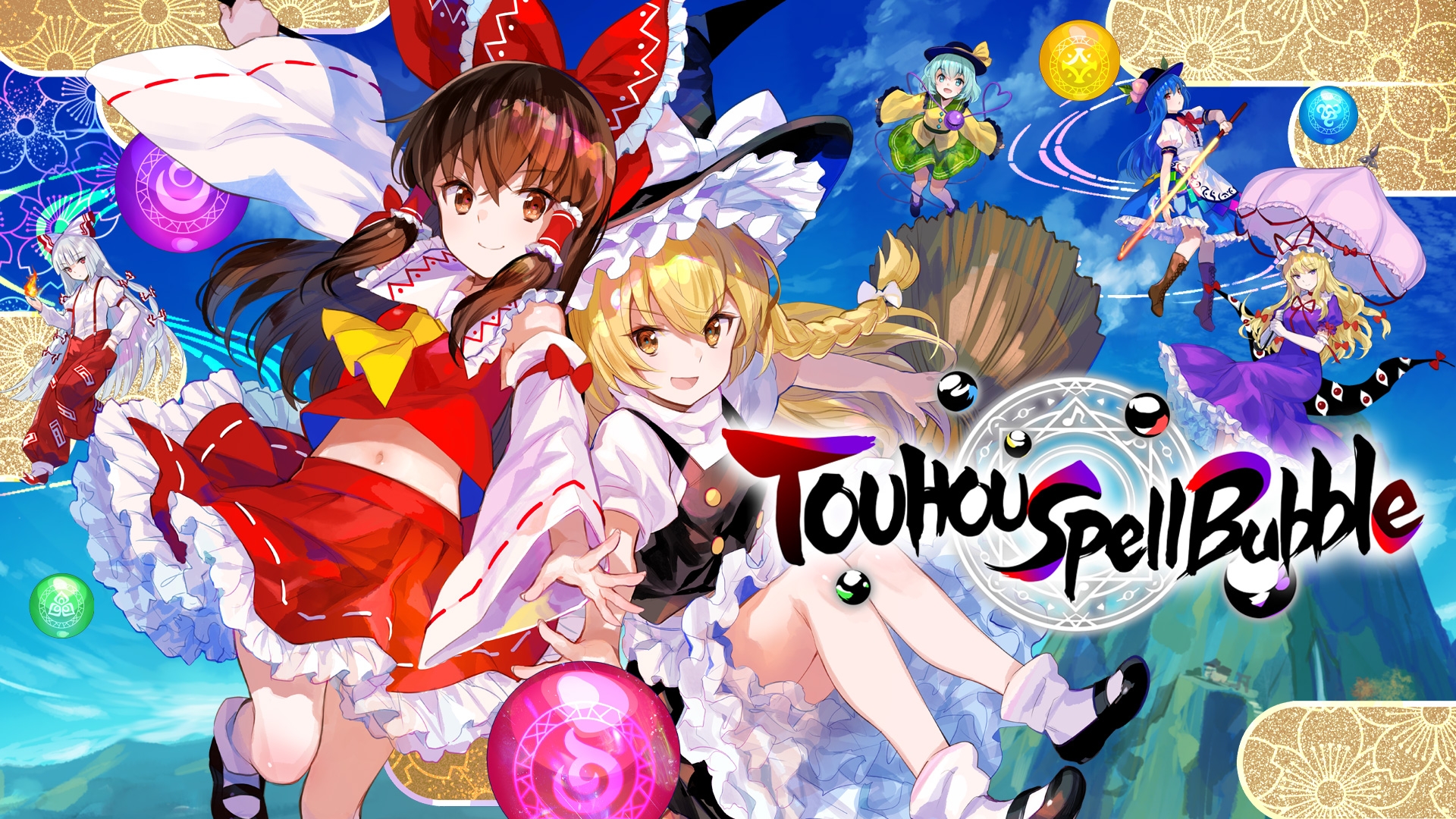 Taito has launched Touhou Spell Bubble on the Nintendo Switch eShop without little warning. The game is a combination of the popular Touhou Project series in Japan along with Puzzle Bobble gameplay. The title is only available as a digital download.

Touhou Spell Bubble is an action-puzzle game featuring all 20 characters from Touhou Project. Players can choose from their favorites, including Reimu and Marisa. Characters have a total of 60 different spell cards to choose from.

Touhou Spell Bubble offers players multiple modes to choose from. The Story mode has players travel through the world of Gensoukyo with a brand new original story. In Challenge mode, players will fight against powerful creatures with designated characters and spells. Some stages offer a more difficult experience.

The gameplay features simple puzzle features with a catchy beat. There are 48 arranged tracks from a variety of artists, which is listed on the eShop store page. While many of the tracks are fan favorites, there are 12 exclusives, new tracks only available in Touhou Spell Bubble.

The Special Song Pack volume 1 contains six popular arrangements of Touhou songs, plus 6 challenges to match each song. This pack contains songs from new artists Get in the Ring and Tumeneco. Each music pack is around $9.99 each, and there’s currently no bundle available for all 18 songs.

A free demo is available now for Touhou Spell Bubble. Players can try out the gameplay before investing in the full game. However, there was a short 10% off discount until when the title was initially launched until November 8.

Touhou Spell Bubble was initially released in Japan earlier this year in February. The game was sold in Asia with English subtitles, but now the title is easier for English speaking fans to obtain.

Dec 2, 2020 Harry Alston 430
Terraria 1.4 "Journey's End" is not available on consoles yet. The process of bringing the 1.4 update to Xbox, PlayStation, and Nintendo Switch is...

Dec 2, 2020 Joshua Goodpastor 260
After initially releasing to the PC audience, the rogue-lite shooter SYNTHETIK: Ultimate is planning its final ultimate version for a console...

Dec 2, 2020 Lisa Nguyen 390
Aksys Games has announced Pretty Princess Party for the Nintendo Switch will launch tomorrow. The game will be available in early December, just in...