Taito has announced a new title in the Bubble Bobble series that will give players a new and unique experience. In a recent interview, the developers announced Puzzle Bobble VR, a new first-person game using VR. The game is being co-developed by Survios for the Oculus Quest. No other VR platforms were announced at this time.

In the short video, the developer previewed some of the VR content. Players will control one of the two dragons, Bub or Bob, in first person. The player’s partner will toss a limited amount of bubbles at the player. Using a slingshot, the player will pop bubbles floating in the air to achieve combos.

The video only offers a brief look into the game since it’s still in development by Survios and Taito. Players can follow the official Taito Twitter account for more information as soon as it’s available. Most of the content is related to some of the new content coming soon in Bubble Bobble 4 Friends.

Bubble Bobble is a long-running series of action-puzzle games that first debuted in 1986. The most recent title in the series is Bubble Bobble 4 Friends, which is the first sequel in the series in 24 years. The game is currently only available for the Nintendo Switch, but the PlayStation 4 edition is planned to launch in Winter 2020.

The new content is called Bubble Bobble 4 Friends: The Baron is Back. The update features the invincible character, Baron von Blubba, from the original game. The update will contain 100 new stages. All 100 stages must be completed to finish the game, similar to the original Bubble Bobble game. The boss is waiting for players in the final stage, level 100.

Winners of the Bubble Bobble fan art contest held in May will also receive news on who won the contest.

Puzzle Bobble VR, the newest game in the series, is still in development and doesn’t currently have a release date. It is currently scheduled for release only for the Oculus Quest at this time. 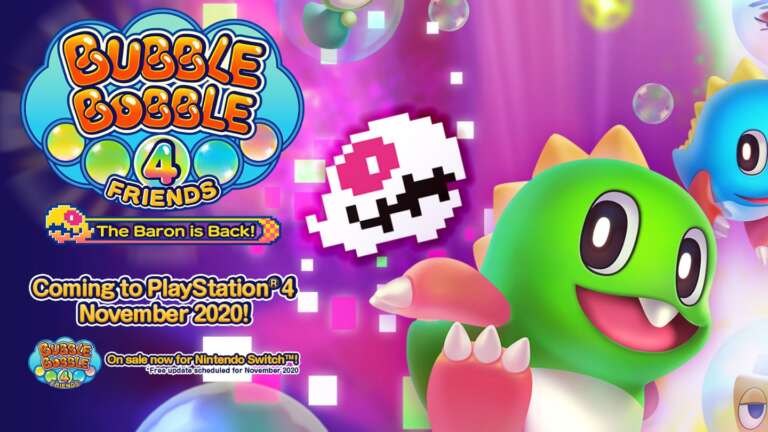 Nov 10, 2020 Lisa Nguyen 7210
ININ Games and Taito has announced the official release date for Bubble Bobble 4 Friends: The Baron is Back! The game is an updated version of Bubble... 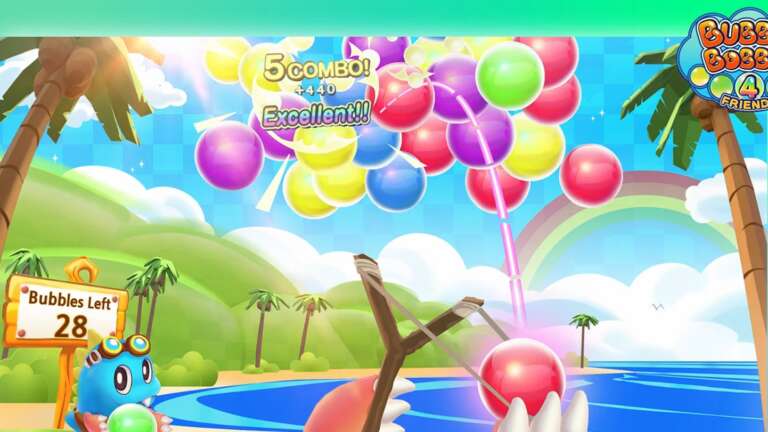 Jul 19, 2020 Lisa Nguyen 11520
Taito has announced a new title in the Bubble Bobble series that will give players a new and unique experience. In a recent interview, the developers... 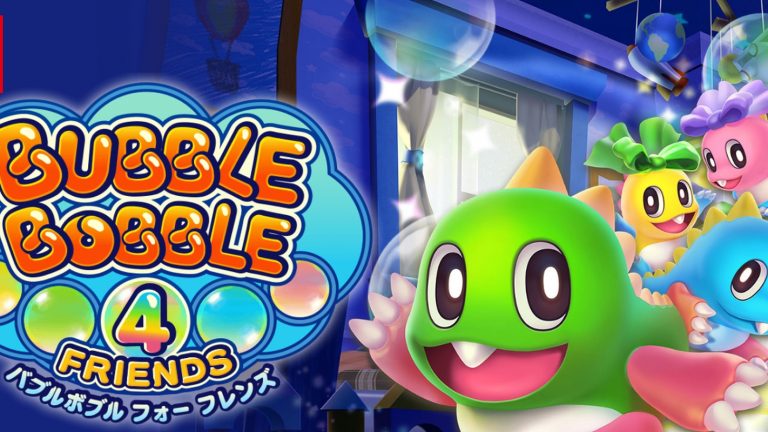 May 24, 2020 Lisa Nguyen 5780
ININ Games and Taito have announced that Bubble Bobble 4 Friends will head to the PlayStation 4 after a successful worldwide release on the Nintendo...