ININ Games and Taito have announced that Bubble Bobble 4 Friends will head to the PlayStation 4 after a successful worldwide release on the Nintendo Switch. The game will have a physical and digital release in North American, Europe, and Australia.

The PlayStation 4 version of the game is tentatively named Bubble Bobble 4 Friends. This version will slightly differ from the Nintendo Switch release. Players can expect new content that will eventually be added to the Switch version.

Bubble Bobble 4 Friends is the newest entry in the Bubble Bobble series. Bub and Bob make their return after 33 years, along with the fan-favorite villain Baron von Blubba.

The title not only provides fun for long-time fans of the series but also newcomers. Bubble Bobble 4 Friends could be the perfect introduction to Taito’s popular series for those who have never tried it out before and are looking for a fun activity to enjoy with friends and family.

Bubble Bobble 4 Friends is a family-friendly game that contains 100 new stages, five bosses, and a new skill upgrade system. As seen in the name, the game has a four-player co-op mode. The original coin-op Bubble Bobble title was also included in the Switch release and fans can play it solo or with a friend in two-player co-op mode.

The PlayStation 4 version adds new stages and game modes. More information about this additional content is not yet known.

Ten winners’ fan art and nicknames will be shown in the game credits on both consoles, plus a code for the PlayStation 4 version of the game. The last day to enter is May 31. The entries will be judged only by employees who have worked on the game and are not voted on by fans, so everyone has a chance to win.

The Bubble Bobble 4 Friends PlayStation 4 version launch date is not yet known, but the release window is expected in late 2020. 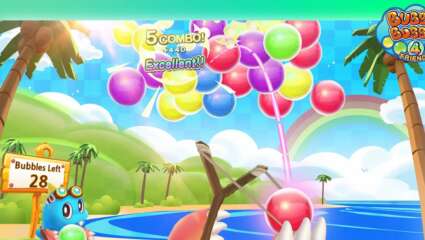 Jul 19, 2020 Lisa Nguyen 3060
Taito has announced a new title in the Bubble Bobble series that will give players a new and unique experience. In a recent interview, the developers... 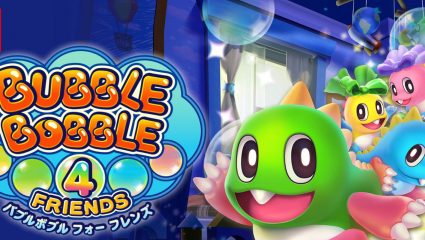 May 24, 2020 Lisa Nguyen 1730
ININ Games and Taito have announced that Bubble Bobble 4 Friends will head to the PlayStation 4 after a successful worldwide release on the Nintendo... 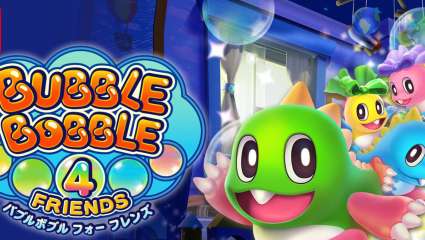 Nov 20, 2019 Lisa Nguyen 2970
The Bubble Bobble series initially launched in 1886 from Taito, with few changes in the sequels. The series finally hit the Nintendo Switch with...