German game creator and longtime sportscaster Oliver Copp has announced the release of TNM Tournament Edition, a pro-wrestling simulator. The game was released to commemorate the 25th anniversary of the TNM simulator series.

TNM Tournament Edition runs different kinds of user-determined tournaments. From there, it lists play-by-play actions for each tournament match. By doing this, matches are more beginner-friendly for casual players. The game is the only match simulation engine in pro-wrestling and adds an improved UI.

While the game is primarily about running matches and watching the outcomes, players can import content from TNM 7 Second Edition. For example, players can create a media export file and then important all of the images and themes with the Media Exporter Plugin.

Players customize their gameplay as much, or as little as they’d like, when two different images per wrestler, a headshot, and a top-third headshot. These are used during gameplay. Plyers can also import theme music to celebrate a wrestler’s win.

TNM Tournament Edition has been released at https://t.co/eMeaCVYYFd, and it has already answered one question: Who is the boss of hosses? 26 guys, 35 tournaments played, and the winner is… the "Original Hoss", André The Giant, winning a whopping 10 of 35 tournaments 🙂 pic.twitter.com/rJDDseOQC6

While many choose to use existing wrestlers who may have retired or are currently active, players can make their own wrestlers, then use them in matches. The game remembers every match run in the simulator and analyzes them with over 40 different stats.

The official TNM social media account has been posting tips and answering questions from the community about the game. The first time was regarding how to import files, which is now done by dragging and dropping multiple instead of one-at-a-time. They can even be left in ZIP file format.

The game also has thorough documentation and forums to connect with other players. The documentation will help new players learn how to use the simulator and answer any questions.

TNM 7 is still available. The game is focused on running different circuits. Players simply have to schedule cards, choose matches, and then watch the simulator go to work. After viewing the conclusion, players can plan how they want their storylines to proceed.

The developer, Oliver Copp, has a long history in the world of pro-wrestling, so players can expect a high-quality experience. He first created the simulator while in university in the 90s. As a sportscaster, Copp has covered several promos, including All Elite Wrestling, the Ultimate Fighting Championship, and World Championship Wrestling. 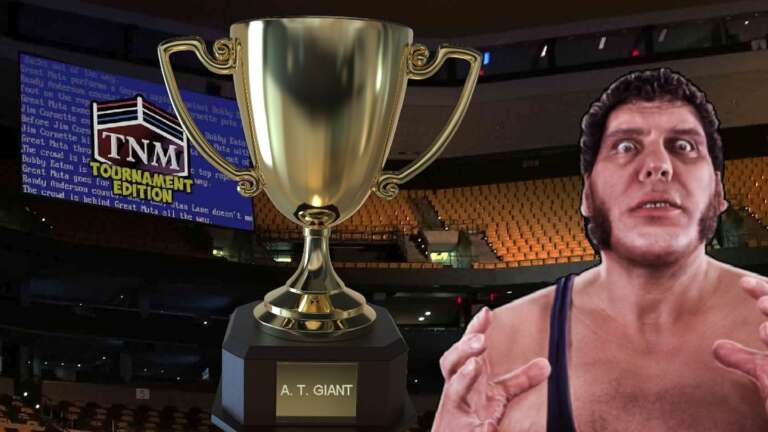