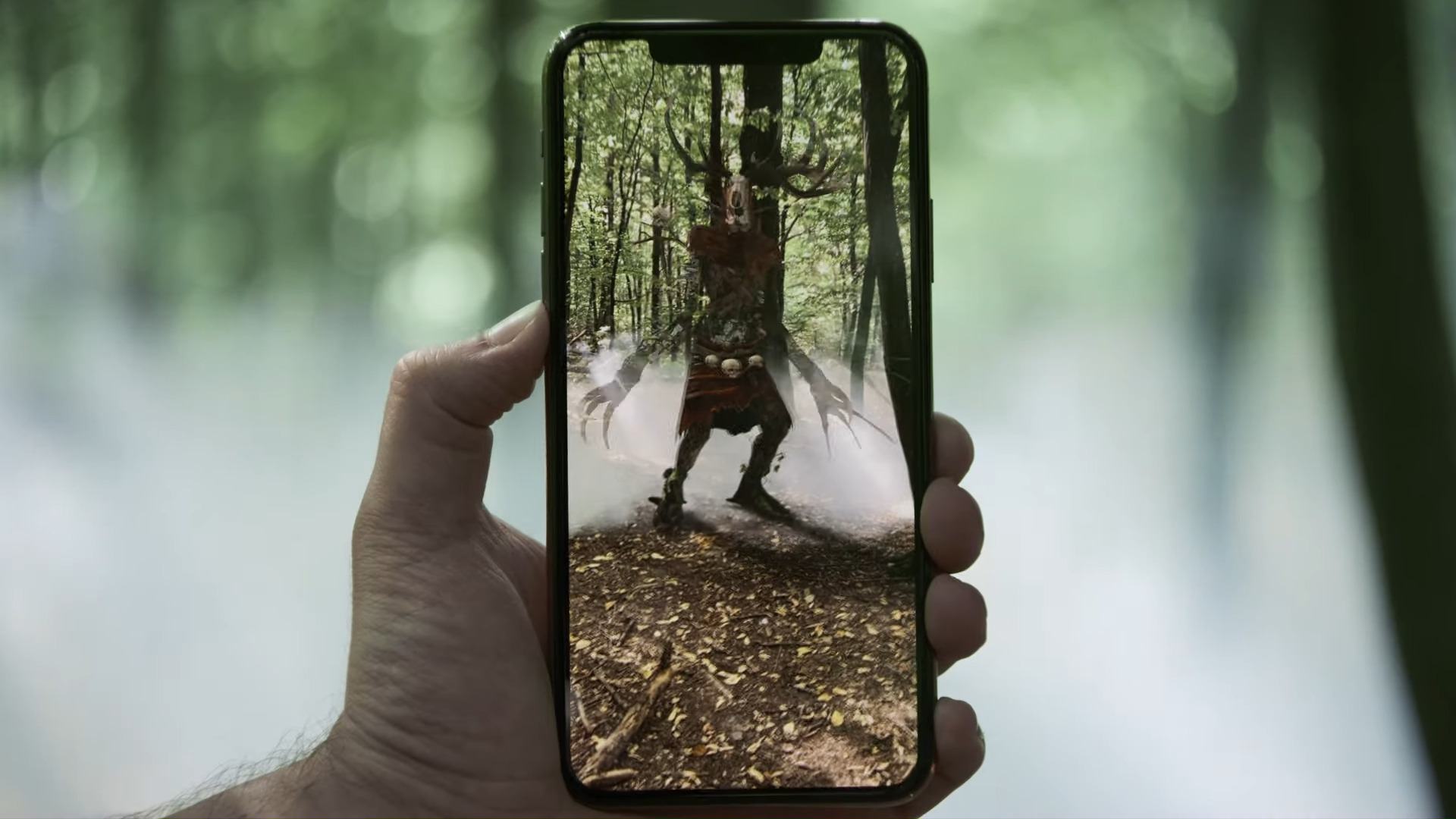 The Witcher: Monster Slayer has just been announced as a free-to-play, AR, and location-based The Witcher game for mobile. Yes. You hunt down monsters in the real world and hunt them via your mobile phone. It’s Pokemon Go but more badass.

Very little is known about the game yet, although the premise seems pretty straightforward. Using AR technology your phone buzzes a nearby monster and you can take it down, presumably for rewards and progress. The trailer shows off this principle:

Developed by Spokko Games, who are a part of CD Projekt Red (which makes this an official The Witcher tie-in game), Monster Slayer is releasing on Android and iOS soon.

The official website has some more concrete details about what the game actually entails, and some other screenshots of the app that do look distinctly like Pokemon Go’s overworld. There are set locations with monsters, though they can also randomly spawn, and also areas for your virtual character to interact with.

Quests provide the AR action with a little more narrative than Pokemon. Just like in The Witcher, you can hunt down creatures following the map, or complete quests to earn rewards and discover the location of other horrible monsters.

Just like in The Witcher, combat is heavily focused on RPG elements, and you’ll be able to craft bombs, cast spells, and takedown increasingly powerful monsters. Ordinary real-world locations suddenly become more terrifying when there are Drowners around every corner.

Foul creatures roam the Continent — it’s your job to become the monster slayer, track prey and take them down in AR!

The Witcher: Monster Slayer, developed by @Spokko_games, part of the CD PROJEKT family, is coming to iOS and Android soon!

With each monster you slay you can collect a series of trophies. Some of the trophies highlighted on the website include a Barghest, a Basilisk, and a Succubus. Expect plenty of genuine The Witcher monsters to discover on your adventures.

It’ll be very interesting to see how the social and mobile aspect of the game is implemented. Will you be able to work together with other Witchers? Are monsters are shared with everyone in the same that Pokemon Go hunts work?

Plus, it has to remembered that this is quite an unusual time to be releasing a game that encourages people to leave their house and potentially interact with others, but I suppose huge franchises like this wait around for no pandemic.

Keep up to date with more information about the game on its brand new official Twitter.

Wasteland 3 Is Out Soon, And You Don't Need To Play The Previous Games To Understand What's Going On