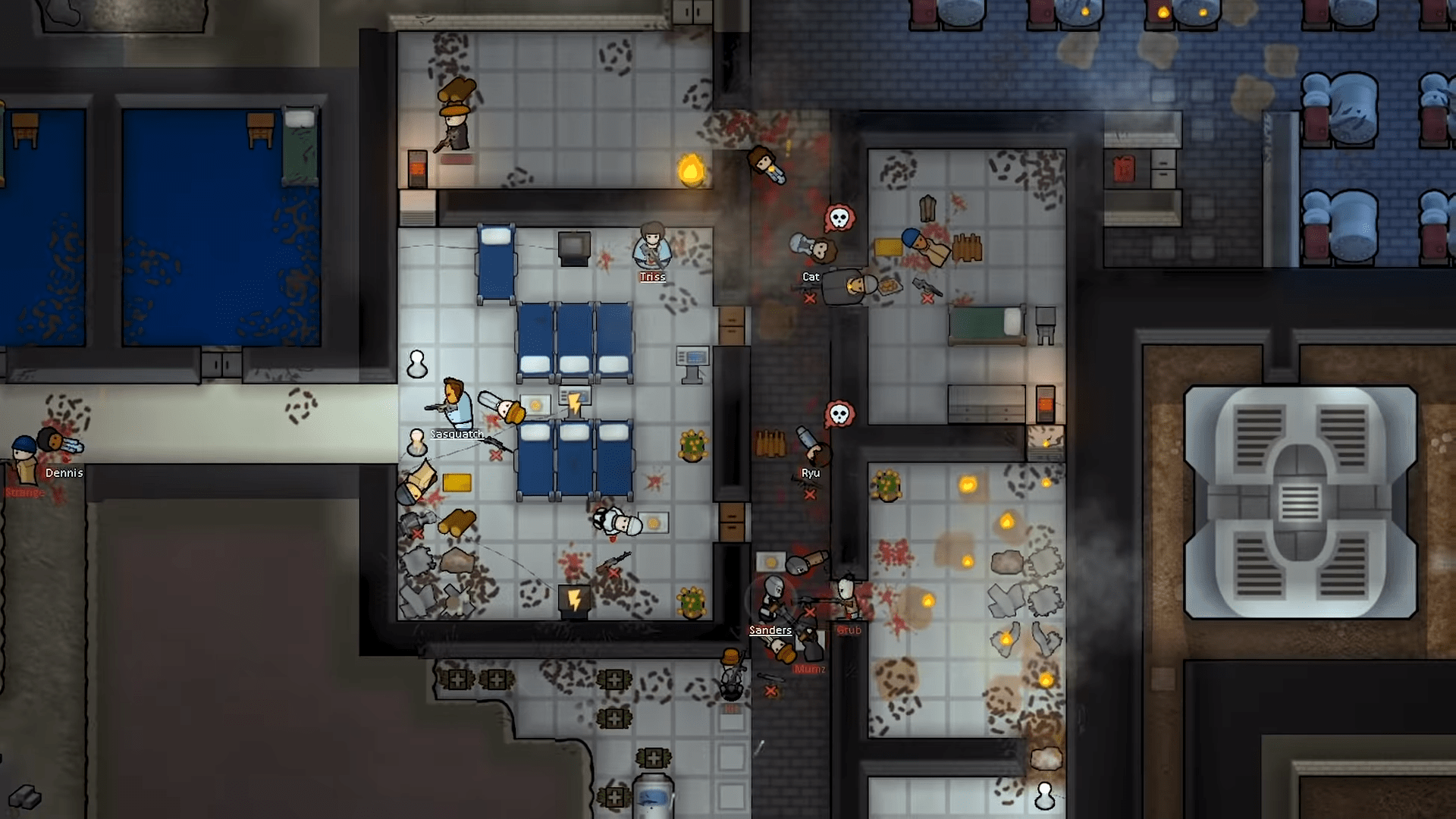 We’re rapidly approaching the end of 2019, and that means time spent reflecting on the horrors that we’ve regrettably survived through yet again.  Some titles are admittedly better than others when it comes to horrific reflection, and one could think of no better title than RimWorld to ponder the atrocities committed.

If you’re lost on what RimWorld is, it’s a colony simulator that generates stories as you attempt to bring your pawns (colonists) to thrive.  You can opt to attempt an escape from the planet you’re on, or just hunker down and live for as long as possible.  The true beauty of it comes from your colonists interacting with each other, generating love stories based on their compatibility, or fierce rivalries that come to a head during an ill-timed invasion, leaving one additional corpse on the map.

From weighing the pros and cons of cannibalizing your least liked colonists to harvesting organs from prisoners to sell on the black market, everything will ultimately affect your colony for better or worse.  It regularly boils down to the lesser evil of the options presented to you, and the game enjoys kicking you while you’re down.

The unique top-down playstyle leaves room for tons of customization beyond what the base game offers, bringing a game worth hundreds of hours into the realm of thousands; and with 7,378 mods available on the Steam Workshop at time of publishing, there’s a lot to explore in terms of additional content.

In the spirit of reflection, however, we’ll only look at the top three mods of 2019, as discerned by subscriptions instead of ratings.  Also, we’re looking for playable mods; reference libraries will be eschewed for the sake of examining mods that add content.  This removes the ever-popular Hugslib, developed by user ‘UnlimitedHugs’, that offers massive increases to possible functionality for mods.

Easily the most popular mod, and has been since around build version 0.16 a couple of years back.  Edb Prepare Carefully allows players to be far more discerning about who, and what, you’re bringing down the surface of the RimWorld to start the game.  Some argue that using it eliminates certain aspects of the game, as no one would willingly bring a one-legged alcoholic that spends his free time insulting other colonists, but it brings flavor to the title. 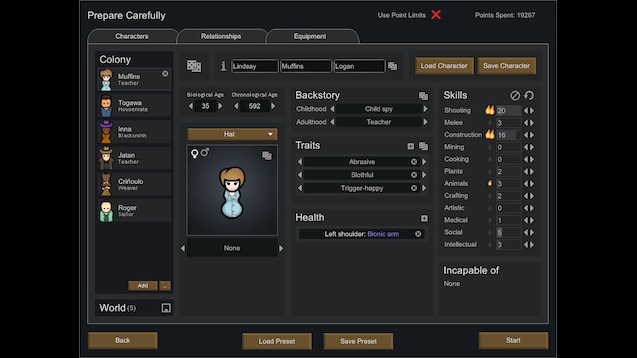 Preparing what you’re dropping with definitely isn’t the entirety of the game, however.  Bringing two or three competent humans won’t stymie mid-to-late gameplay depth, as you’re sure to pick up more than your fair share of colonists that are best utilized as future hats for colonists pulling their weight.  It does considerably speed up the early gameplay that can consist of waiting until something interesting starts happening.

Beyond customizing the pawns themselves (replete with traits, characteristics, cybernetic enhancements, and skillsets) you can also tweak what items you’re bringing down with you.  Whether you want to bring 50 huskies with you, or the best in-game rifle, it’s all up to you.  Worth bearing in mind that the better your colonists’ are, the better equipment they have, and the more resources they have on hand all culminate in a higher difficulty.  Land with too much, and don’t be surprised when your first raid happens ten minutes later with 50 warring tribe members eager to strip you of your possessions.

In RimWorld, both life and limb are fleeting.  It’s a common occurrence to be taking inventory after a massive raid (either from a 100-strong pack of rabid squirrels or from more humanoid enemies) and notice that among the slain is a limb or two that has been forcefully removed.

In the vanilla game, it’s not too much of a sweat.  You can slap a peg leg on Joe and get him back to work (although he’ll be painfully slower) with nary a question.  You can also find more advanced medical prosthetics from traders both orbital and neighboring (assuming you haven’t upset them tremendously); it’s noticeably difficult to do, however, as the chances are slim.

EPOE (colloquially) gives your colony the ability to research advanced medicines to craft your prosthetics, from hooks for hands to massive exo-suits that make your colonists faster and stronger.  The mod even goes so far to allow users to develop unique brain implants to make all of your colonists far more agreeable to your whims.

Of course, the reason it’s one of the most subscribed mods for RimWorld is that it greatly enhances your organ harvesting abilities for those unlucky enough to become a prisoner in your Jackson Pollock-inspired base layout.  If you’re fundamentally broken enough inside, you can even opt to turn your colonists into walking organ farms for piecemealing deals on the black market.

We find a bit of a palette cleanser in the third most popular mod, with Hospitality.  Factions will come to visit your colony in vanilla; sometimes they have things to trade, sometimes they oddly exist in a corner of your nightmare until they decide to leave.  The Hospitality mod by Orion brings their existence into something that makes sense.

These factions will now come and visit your base and spend a night or two living in quarters that you’ve specifically designated for them to stay in.  Make it luxurious enough, and they will leave with a more positive view of your faction, making it a fantastic way to increase faction relationships.  They can also opt to help with the chores around the base, purchase items that you mark for sale, and be encouraged to join your faction for merriment and happiness.

When you’re farming healthy amounts of ‘smoke leaf’ and alcohol, recreation becomes readily available for the visitors.  Opening a quasi-hotel in the disgusting RimWorld planet is a very enjoyable break from the consistent depression and murder that litters gameplay.  Playing ‘house’ for an hour or two is a welcome reprieve.  Plus, Bio needs a new kidney, and the newest visitors noticeably have all of theirs.

Vestaria Saga, a Tactics JRPG from the Minds Behind Fire Emblem, Has Released on Steam

Aug 11, 2020 Chris Miller 15430
Here's an interesting thought: for a title that readily proposes cannibalism for self-preservation and organ harvesting from prisoners while you...

Apr 24, 2020 Chris Miller 42370
It's been far too long since I've made human leather cowboy hats well into the morning with my friends, as Rimworld's recent 1.1 update, along with...

Mar 31, 2020 Chris Miller 16660
There's a sneaking suspicion that Ludeon Studios is merely addicted to incremental development, after the years of development on the base game. ...