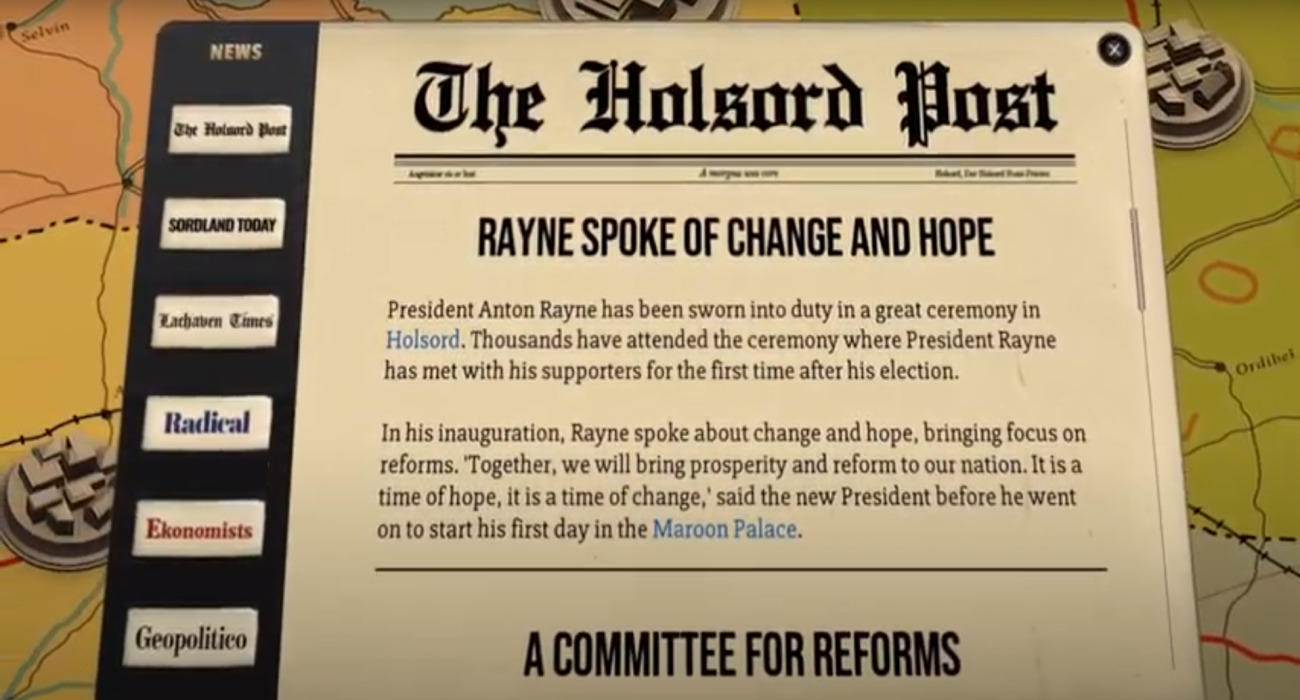 If you didn’t get enough politics in 2020, then you get keep the political content coming in Suzerain. It’s a role-playing game where players get to rule Scordland as President Rayne.

RELATED: Double XP Weekend Is Live For Call Of Duty: Modern Warfare So Get Grinding While Playing The LTM Grind

Will you rule with an iron fist or will you keep on the straight and narrow in hopes of taking your country in the right direction? These are the decisions you’ll get to make in this political simulator, which has shown a lot of promise since first being teased.

The game was previously scheduled to release in the summer, but the date was pushed back. News about the game has since been pretty sparse in 2020, but now, it looks like December 4th is when it finally will be available on Steam.

RELATED: More Details Have Come To Light For The Unique Survival Game Grounded

That’s just a couple of days away, which is perfect for fans that have always wanted to try their hand at controlling a country. The country of Scordland has had a pretty rocky past, with things like civil unrest and economic woes affecting many citizens.

Rayne will look to come into office with new plans and a clear path of getting things turned around. Of course, power can corrupt a lot of well-intentioned people. Will you let it go to your head or do you let courage and righteousness guide you throughout your terms? That’s what you’ll get to find out in this text-based RPG.

Suzerain throws a lot of tough choices your way early. For example, you have to decide who in your cabinet you trust. Befriend the wrong individual and that can be a slippery slope, not just for you, but for the entire country. All the while, you’ll have to balance political and family life. Which one do you favor and at what times?

The actions you take will affect how the country shapes out, which adds a lot of weight to the story and gameplay. As Rayne, you feel like you truly have a lot of power and you’ll need to use it appropriately from the very beginning.

It was unfortunate that Suzerain didn’t come out in the summer like the developer originally planned, but a couple of more days of waiting doesn’t sound too bad for a political simulator that has a lot of realistic elements. You may not be happy with the current political state of things where you are, but in Suzerain, you’ll be given the keys and can run the country however you so please.

Oct 5, 2022 Tom Lee 140
Overwatch 2, the sequel to Blizzard's team-based first-person shooter, has been released today, and the game's servers have been struck by a massive...

Oct 5, 2022 Tom Lee 130
In only two days, a teaser will drop confirming the next installment in Electronic Arts' famed arcade racing series, Need for Speed, over three years...