If you think the official controller of Nintendo Switch Pro is good enough, you’d think again with the SN30 Pro+ by 8BitDo. Though the market may be saturated with a lot of third-party Switch controllers, this might be a stand-above because of its hardware and responsiveness.

The SN30 Pro+ is also much lighter compared to the Switch Pro Controller, which might give gamers the impression of a cheap third-party Switch accessory. But surprisingly, this 8BitDo entry is nothing sort of that. It does not bend or experience connection problems, and its lightweight construction gives it a far better superiority.

"4.5 / 5 stars – the SN30 Pro+ stands as one of the best gaming controllers on the market." – We Got This Covered pic.twitter.com/fPGeVekTPV

The third-party Switch controller also has a close resemblance to the archetypal SNES controller which is known for its dogbone designed A, B, X, and Y inputs, oblong-shaped buttons, and cross-shaped D-pads.

With the SN30 Pro+ though, the dogbone design has been enhanced to give it a bolder look. It also features the improved analog sticks with the two-star and 8BitDo logos added on each side. These two extra features have the Home and Share shortcut functionalities for the Switch console.

Style-wise, the SN30 Pro+ is not far from the original Nintendo controller. It is also available in three colors, cream and mulberry, gray and lavender, and the classic matte black. In terms of ergonomic design, many gamers will like the 8BitDo entry compared to the Switch Pro controller.

The only possible downside to this nicely manufactured Switch accessory is the syncing process where you have to complete several pairing procedures. Nonetheless, the controller is an excellent alternative to the original Switch accessory. Also, this third-party controller will not be able to turn your gaming unit by itself.

Despite all some of its shortcomings, the 8BitDo SN30 Pro+ makes up for its weaknesses with its customization features. The unit is equipped with the 8BitDo Ultimate Software allowing players to remap the buttons and customize their controller profiles.

The SN30 Pro+ is a genuine alternative to the original Nintendo controller. It has almost the same looks but with enhanced features to improve your game playability. Sep 26, 2019 Kaden Redhead 12840
If you think the official controller of Nintendo Switch Pro is good enough, you’d think again with the SN30 Pro+ by 8BitDo. Though the market may... 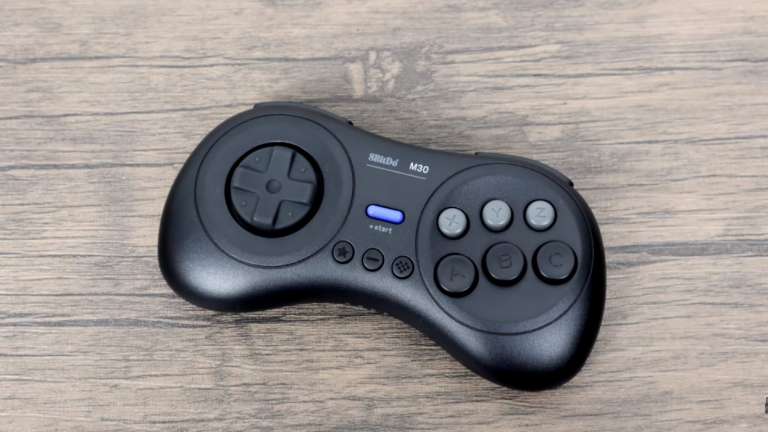 Sep 19, 2019 Kaden Redhead 6410
A third-party hardware manufacturer has just dropped the perfect controller for the Sega Genesis Mini. 8Bitdo has introduced the M30, and the...