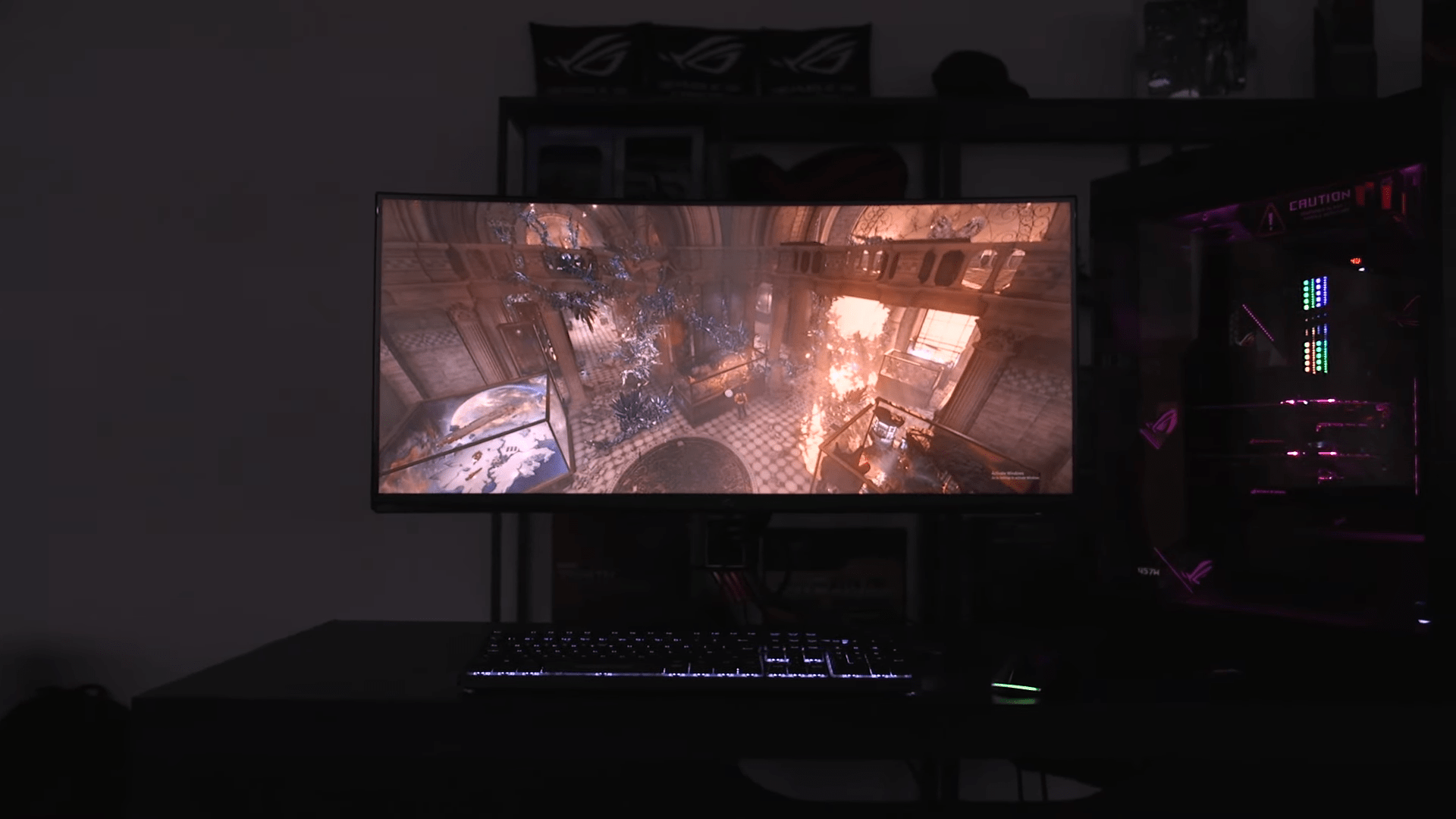 The ASUS ROG Swift PG35VQ was officially announced back in 2017. A year later, the prototype was on display at Las Vegas during the 2018 International CES. But then, everyone forgot about it until last month when Blur Blusters reported that the Taiwanese company has started shipping the high-end ROG Swift PG35VQ.

But is it worth the money? A lot of people have been questioning its value considering it is damn expensive and offers the same 3440×1440 resolution as the cheaper 27-inch ROG PG27UQ – so is the price about the size?

For the record, the Asus Swift PG35VQ is based on a VA 1800R curved panel with a 21:9 aspect ratio. It also boasts a 4ms response time and an impressive 200Hz overclockable refresh rate. The monitor is backed up by G-SYNC Ultimate that combines the latest NVIDIA G-Sync processors for the ultimate HDR gaming experience.

The response time isn’t so impressive now that Asus’ Taiwanese counterparts have released AOC gaming monitors with 0.5ms response time. But for the 200Hz refresh rate, it is such a great fete considering the best ultra-wide monitors don’t go beyond 100 – 120Hz.

Asus has maintained the coveted FALD backlight which has 512 zones and are all dynamically controlled. The gaming monitor also features DisplayHDR 1000 certification that guarantees 1000nits brightness in all the 512 zones. The result is better contrast, and more realistic scenes, especially the shadows and highlights.

The Asus ROG Swift PG35VQ’s extensive swivel, pivot, height, and tilt adjustments ensure comfortable viewing during those long and intense gaming sessions. A VESA mount kit allows for easy attachment and mounting on the wall or display arm. You will also like the fact that ROG PG35VQ is AURA-SYNC-enabled and consists of an RGB-infused rear side logo and a lighting system on the base that projects the logo on the desk.

When it comes to connectivity, the PG35VQ has been designed with DisplayPort 1.4 and HDMI 2.0. The unit also includes an ESS® Sabre HiFi DAC and a 3.5mm Mini-Jack.

Asus ROG Swift PG35VQ is already listed on several online shops in China, and the UK, but it’s not yet in the US market. Unfortunately, there is no news on when the ROG Swift PG35VQ will be coming to the US. The price is also not confirmed, but from the estimates on the European shops, it should set you back around $3500.