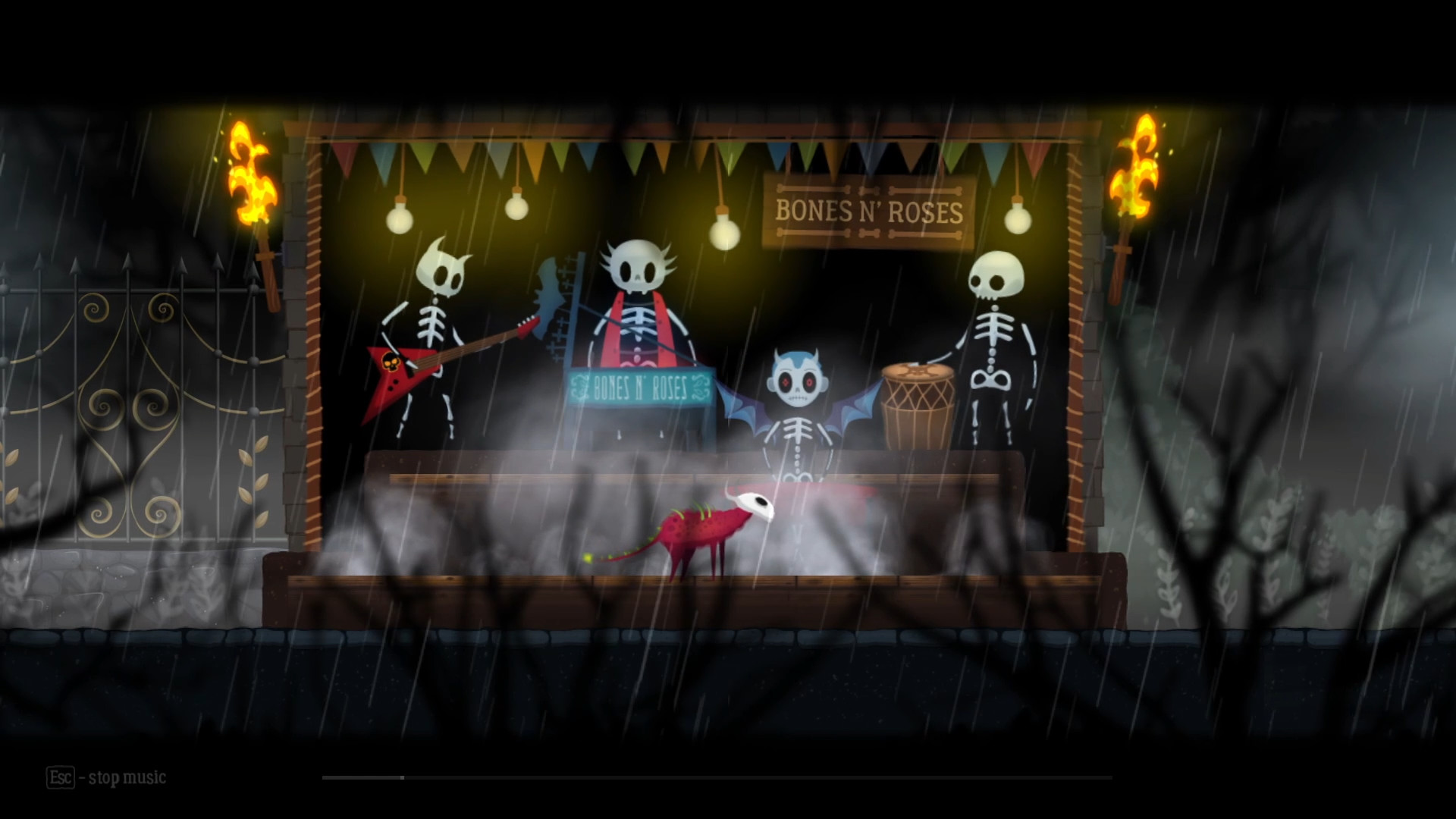 Enter into a unique and dark fairy tales as you explore the adventures of an orphan named Ogden. After sneaking into a locked room this poor orphan turned into a monster and must now battle it out in a new and hostile world. This is The Guise, a new Metroidvania headed for Steam this October.

The entire title plays out like a terrifying fairy tale. There is currently a free demo of the title available on Steam allowing fans an hour taste of the adventure to come. This extreme experience will have fans coming back for more as they learn about the strange world of monsters, mayhem, and legend.

Explore a modern Metroidvania fairy tale about a boy trapped in the body of a monster. As you venture through varying levels you must try and retain your humanity despite the world around you being filed with evil and chaos.Survive to the end and free yourself from this unique curse.

Play as Ogden, a small orphan who snuck into a locked room and tried on a cursed mask. With a new monster body, he must now master his new abilities and try to take on a hostile world of evil and death.

Explore terrifying locations as you try and shed new light on the world. Travel from dying villages to deadly valleys as you search for secrets, shortcuts, and more.

As you gain experience you will find way to evolve past a simple monster form. Learn new abilities, collect enemies’ eyeballs, and try to become more than just a simple monster. Fight monster with a monster in this unique and horrifying adventure.

While this may be an unjust and macabre world you will find a few people who are relatively normal. With their perception of the world still untainted you will slowly remember who you are and become a better monster because of it.

Still, the most disturbing part of this game may be your only friend. The Eye Collector sense your pain and in return for eyes decides to turn you into even more of a monstrosity. Still, if it was not for his abilities players would never gain progression in this dark fairy tale world.

The Guise is planning to release on Steam as of October 20. For more information be sure to explore the game’s Steam page and main website. With tons of screenshots and clips fans are sure to get a definitive taste of the adventure to come.

Nov 4, 2022 Tom Lee 150
This week, when visiting Los Angeles, a GTA Online user discovered a shocking discovery: their very own residential building within the game. Many of...

Nov 4, 2022 Tom Lee 210
There are allegations that Blizzard's mobile action-RPG entry, Diablo Immortal, has made over $300 million in sales. The massively successful Raid:...