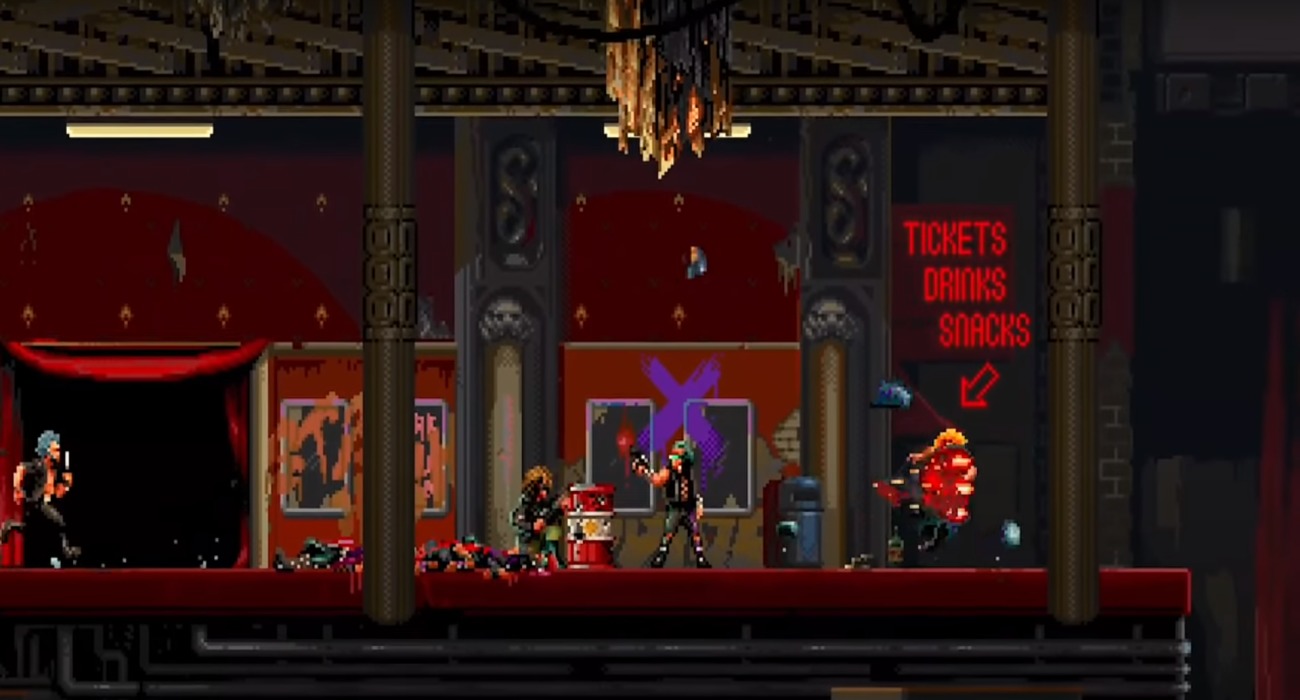 If you enjoy cyberpunk themes and platforming action, then Huntdown is the perfect title for you. It features retro graphics and timeless gameplay, making this game one of the more unique titles in this space. It has been out since 2017 for several platforms.

Now, it’s coming to the PlayStation 4 as reported in an official launch trailer. PS4 users only have to wait until May 12th to get their hands on its classic, yet stylish elements. If you grew up playing classic platformers back in the day, then you’ll feel right at home with Huntdown.

The game is set in a chaotic future where criminal gangs now rule the land. The cops are bowing down to felons and the only hope left for society is a select group of bounty hunters. You can choose between three, including John Sawyer, Mow Man, and Anna Conda. Each one has a unique backstory and character model. Once you get done playing the game as one, you’ll want to go back through with the others. In this way, Huntdown has a lot of replayability.

There is also plenty of variety in the 20 levels you’ll move throw, taking down all the stands in the way of justice. The enemies will keep you busy too, but you’ll have plenty of weapons to collect throughout your play through. Some of the more notable options include katanas, grenades, and laser weapons. If it’s dangerous, then it’s definitely in this game.

There are also different gangs you’ll encounter in Huntdown, including the Heatseekers, Misconducts, and Hoodlum Dolls. Like the various bounty hunters, each gang is unique in their motives of causing destruction throughout the city. Eventually, you’ll run into bosses. They’ll put up a greater fight and warrant the best out of your selected bounty hunter.

A lot of games are depicting cyberpunk themes lately, which makes sense given that Cyberpunk 2077 is about to release this September. However, Huntdown showcases the futuristic themes and city landscapes better than most. You’ll enjoy looking at the classic visuals as you deal out your own brand of justice.

Many gamers who’ve had the pleasure of playing Huntdown have nothing but positive things to say. It definitely is a major pickup for the PS4 and gives more gamers the chance to enjoy its classic and addicting action. May 12th is not too far off and certainly worth marking on your calendar if you’re a fan of these retro action platformers. 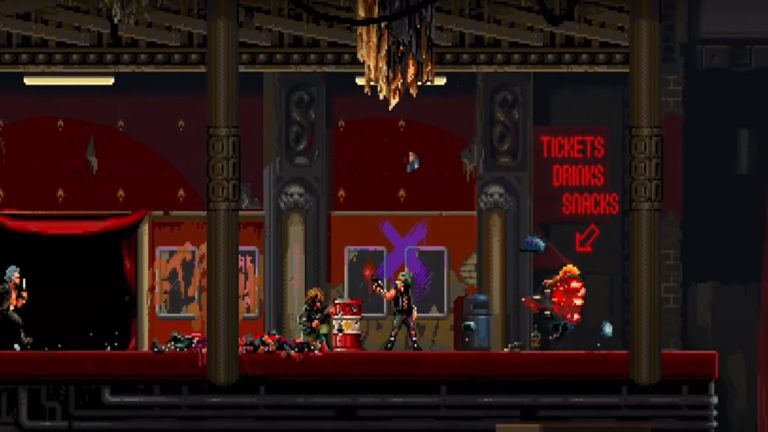 May 2, 2020 Jeremy Green 8120
If you enjoy cyberpunk themes and platforming action, then Huntdown is the perfect title for you. It features retro graphics and timeless gameplay,...