The California Wildfires Are Getting Dangerously Close To Blizzard HQ, Developers Evacuating

The fires that have been raging out of control for the past few months are now inching perilously close to the Blizzard headquarters in Irvine, California, and the Silverado Fire shows absolutely no intention of stopping anytime soon; over 150 square miles have reportedly been ignited within a single day of fighting the blaze, and mandatory evacuation orders are being sent to many.

RELATED: Blizzard Sends All Irvine/Austin Employees To Work From Home Amidst Coronavirus

Failure to abide by the evacuation order means that no rescue will be coming for those that opt to stay behind to attempt to brave the fires, no matter how desperate we all are for the Shadowlands expansion that has been delayed a few times already, or for the surprisingly ambiguous Overwatch 2 that has been in development since the beginning of Overwatch League. 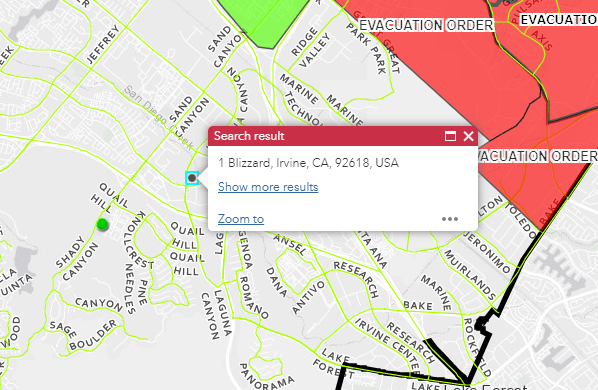 Those delays look to be the mere tip of the proverbial iceberg; if the Blizzard HQ studios ignite, there could be hundreds and thousands of hours lost that managed to escape industry standardized offsite back-ups, and the danger currently present to all Irvine citizens doesn’t help further any optimistic outlooks at the moment.

Over 90,000 residents of Irvine California, home to Blizzard Entertainment, have been evacuated as the Silverado Canyon Fire has spread over 7,200 acres.https://t.co/6Tl1zYb4VApic.twitter.com/6FHNA5kITk

There is a FIRE practically on top of Blizzard HQ, their staff are EVACUATING, and you are pissed off that "MAI VIDYA GAIM NOT PLAYUBL".

Is tends to be the case, many are not understanding that Blizzard is apparently scrambling to ensure that services are maintained across the internet on a wide variety of titles; it is presumed that multiple outages that have been recently reported are at least tangentially related to the current Silverado Fire that is threatening Irvine, California.

That black box is the Blizzard campus in relation to evacuation zones.

There is a clear cause for concern regarding the safety of staff and their families.

Much like how the unfortunate pandemic, that has killed many, caused a bit of a pause from multiple developers as they struggled to circumvent the suddenly emplaced obstacles with remote working, the Silverado Fire is looking likely to interrupt the industry

BREAKING: 60,000 people have been told to evacuate because of a fast-moving wildfire in Southern California’s Orange County, officials say. Power has been cut to hundreds of thousands statewide to prevent utility equipment from sparking new blazes. https://t.co/TOd0tNGpD5

In the event that more delays are announced, or service is interrupted to specific servers and titles, it would be wise to heed the dangers currently present within Irvine, California that has left almost 100,000 residents and workers forced to evacuate until the raging fire can be reigned in.

It does not currently appear, based on sources within AP, that the fire will be tamed relatively soon, although multiple organizations are working in tandem to ensure the safety and security of residents. The fire was announced as roughly 5% contained earlier today, as stated by the Orange County Fire Authority, and has burned over 12,600 acres of California thus far.