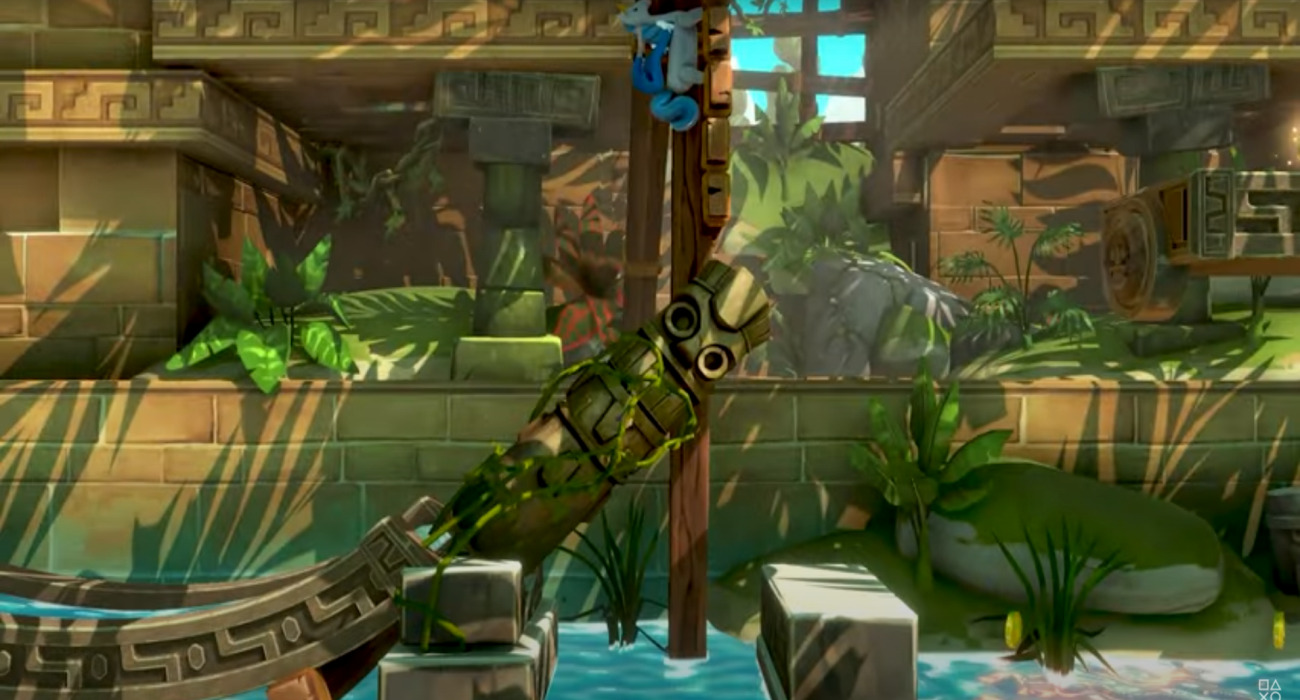 Who doesn’t like water slides? They let you hit incredible speeds and perform a bevy of twists and twists within seconds. Water parks may be closed right now, but that doesn’t mean you can’t enjoy their water action. Thanks to Slide Stars developed by Triangle Studios, you certainly can.

This water racing action game lets players take on the role of one of many international social media stars. Once a character is selected, they can hit the water slides and perform a ton of insane maneuvers.

If this water park action sounds like your cup of tea, you’ll be happy to know that Slide Stars is out now on the Xbox One, PS4, and Nintendo Switch. It definitely is a unique concept that makes use of platforming action.

There’s an official trailer announcement if you want to get a better idea of how Slide Stars plays. There appears to be a good deal of courses available at launch, all of which are beautifully designed with different structures and colors.

Getting through each course won’t be as easy as just sitting down. Players will have to keep balance and also avoid obstacles, some of which are the size of wales. It wouldn’t be fun if it was just a straight shot to the bottom. The developer is making players think fast in order to progress.

In addition to players being able to choose their own social media star, they can also select a unique floaty. From sharks to pink flamingos, Slide Stars provides all kinds of ways for getting down slides in memorable fashion.

The gameplay looks to be rooted in fun, much like what a lot of platformers offer today. The developer didn’t want players taking the game too seriously considering the subject matter at play. Riding down water slides is supposed to be a fun experience and Slide Stars captures that fun imagination well judging by some of the gameplay sequences in the trailer.

As far as character variety, there are a lot of options to choose from. Each international social media star has a unique profile that you can get more familiar with after every playthrough.

If you’re looking for a particularly distinct game with a concept that’s easy to get behind, then Slide Stars may be your next pickup. Just be ready to have some fun and master well-detailed courses with all kinds of obstacles thrown your way.

SnowRunner's Season 2: Explore And Expand Is Now Available On The PS4