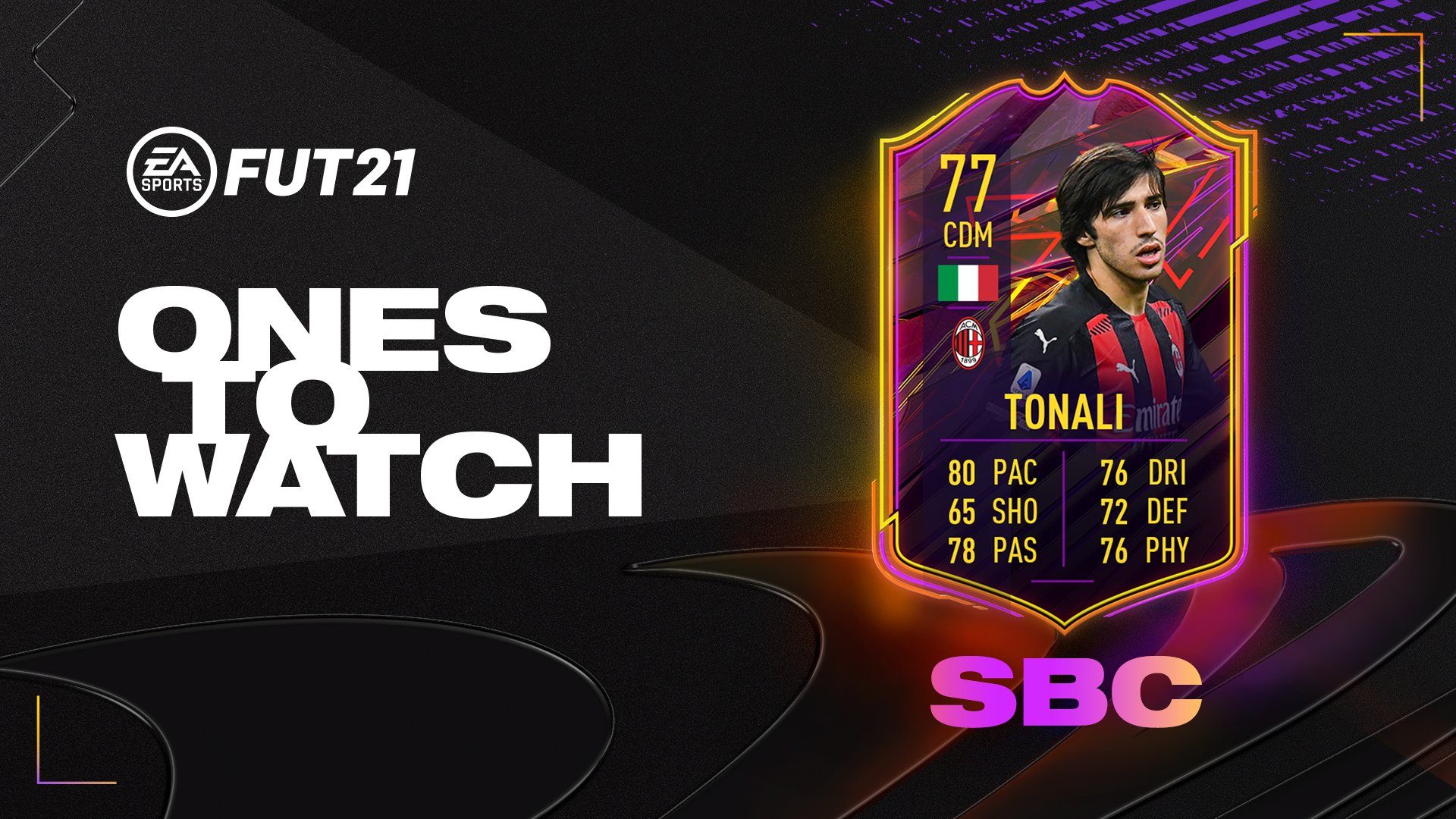 The first SBC is live in FIFA 21 and it’s Sandro Tonali, a CDM from the Serie A team Milan. The SBC is currently coming in at around 7,000 coins on Xbox, PS4, and a little more expensive on PC (as these SBCs usually are.) This makes it extremely affordable, even at the start of the game.

Should you do the SBC? Even if you’re not building a Serie A team this card is very cheap for what it might offer down the line. With one or two in-forms Sandro Tonali would be an extremely usable mid to end-game CDM, mostly because of his pace and defending stats.

To complete the SBC you only need an 80 rated squad with 75 chemistry. This is something you can probably build out of the first starter packs and early SBC completion, and if you need to fill in a player there are a lot of cheap cards that fit the SBC.

With one or two SBCs the card will go up to an 82 or 85 rated, potentially within the next few months depending on the player’s performance in the Serie A. With even one upgrade the card becomes extremely worth it at this low price.

Tonali had a 91 rated Future Stars card in FIFA 20 and it retained quite a lot of its market value, even at the end of the game cycle. When it was first released the card was way over 1,000,000 coins, so consider this early OTW an investment into the potential of this card later in FIFA 21. 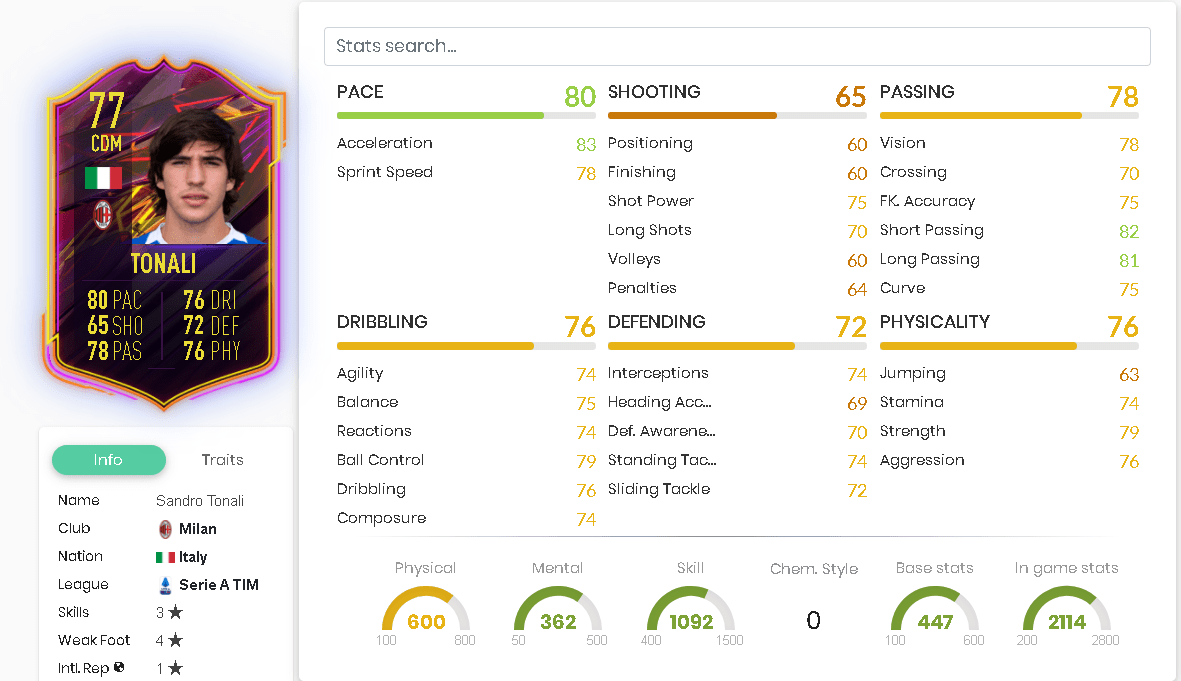 Check out these stats from FUTBIN. Tonali has 3-star skill moves and 4-star weak foot, pretty great for a CDM. But it’s really the pace and defending stats that make this card great, even as a base addition to a starter FUT team.

83 acceleration sets Tonali apart, especially from other CDMs currently available in the Serie A. His overall pace stats make him faster than Lucas Leiva, Brozovic, and Matuidi, with only a few sub-80 rated cards (like Bennacer) coming close to Tonali in terms of pace.

CDM is always a tricky spot to fill in a Serie A team so this Tonali card could provide a good base to build around, especially if you feel like using Mertens again this FUT. Overall, with a super cheap price and good potential to get better, this is a solid 8/10 SBC.