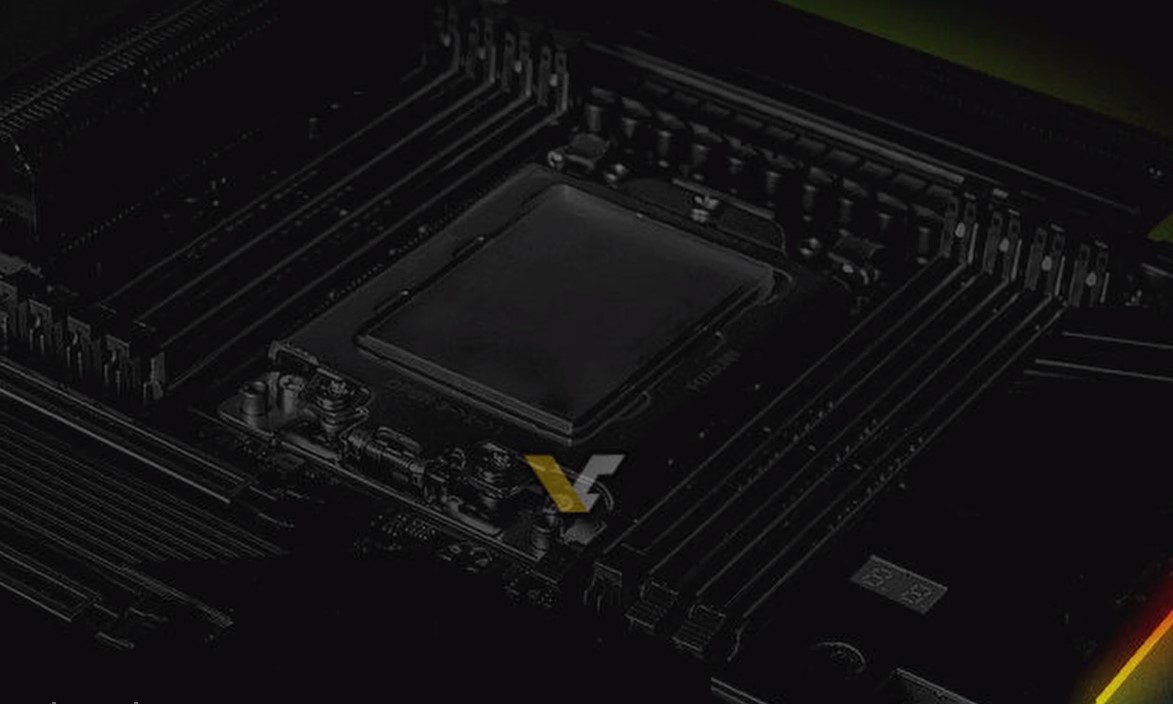 Gigabyte recently posted a mysterious tweet that may give us clues about the possible name of the new chipset. The internal system of the soon-to-be-released AMD Ryzen Threadripper 3000 has always put everyone at the edge of their seats as little news is coming out from the tech giant’s mouth.

Although the teaser already gives us hints at the MOSSET HF signals for its VRM phases, it is not what most tech and gaming enthusiasts are interested in. The ad shows a blacked-out CPU socket, although there are a couple of GPU mounting points. But just purely speculations right now, it might be possible that the tweeted photo will be using AMD Ryzen Threadripper 3000.

A closer inspection of the board shows the name of 99 Aorus Xtreme, located at the top right corner. But nonetheless, the name is not clear enough as it might also mean 89 instead of 99. It is also likely that the former may be the right one.

To sum what the tweet clearly indicates, the motherboard looks more like a high-end desktop rig. Many might be skeptical about the board’s make, but there are indications that the motherboard is a truly AMD, based on the visible sockets.

Milled rumors have been indicating that Gigabyte is hands deep into the development of the Threadripper 3000, and they have accidentally released the specification of four motherboards.

Though there might be some grain of truth to all the speculations, one problem points to rumors about the chipset having names like TRX40. The industry also does not run out of speculations, including naming the upcoming Threadripper board higher platform names, including WRX80 or TRX80. However, the Gigabyte board looks more like having a “99” located where the chipset is commonly found.

It also wouldn’t be a surprise of Gigabyte names the 3000 chipsets with X499 or possibly X599. This is because the 1st and 2nd gen Ryzen Threadripper chipset were running on the X399 model. But to make things a little more complicated, Intel has recently released a HEDT chipset with a serial of X299.

So summing it all up, we have more questions than what we initially started from. More likely, Gigabyte might follow through with the X499 or aptly the X599 to directly compete with Intel’s release.

It is also possible for Gigabyte to come up with an entirely different chipset name from what people would typically expect. Another point to take note is that the mounting points are incredibly similar to the existing sockets of the TR4.

The Reviews For Death Stranding Have Been Pretty Mixed, But That Doesn't Take Away From Kojima Productions' Unique Work