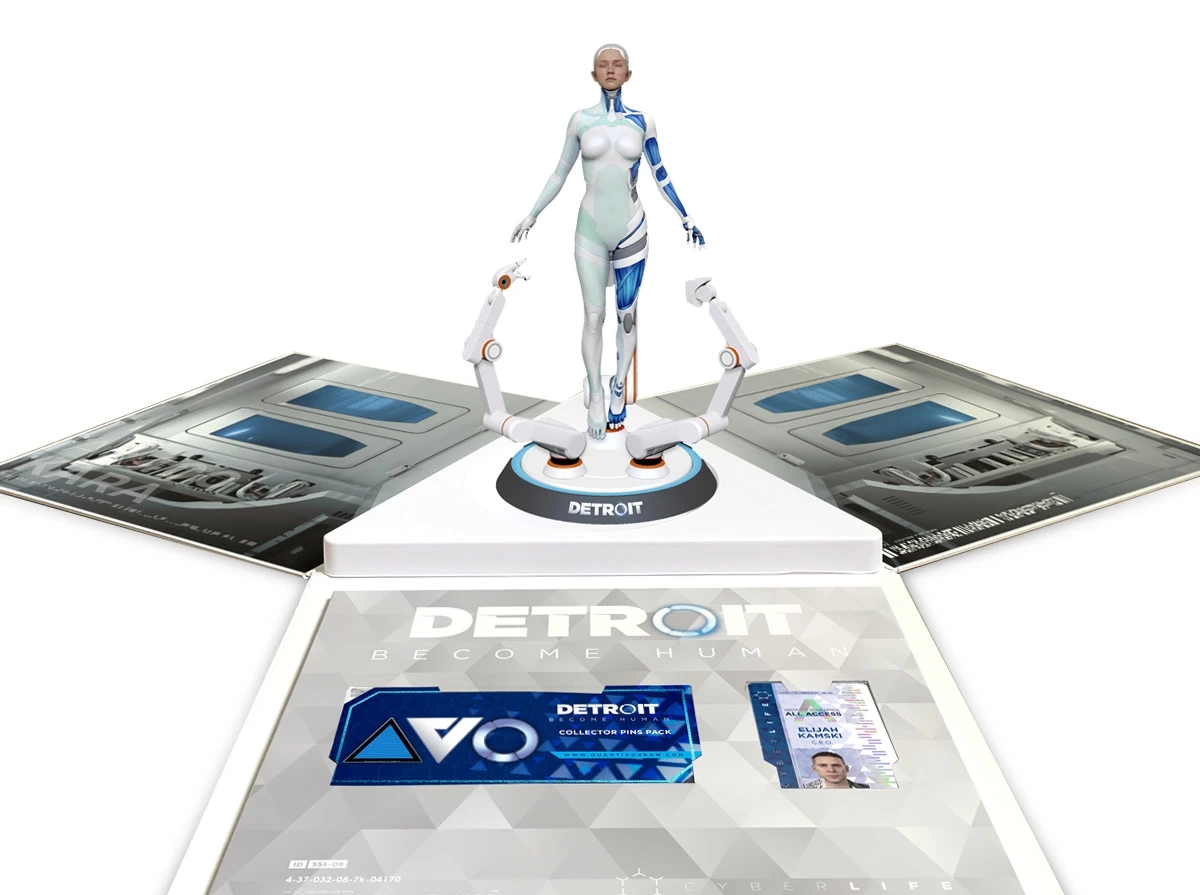 Developer Quantic Dream has released a special Collector’s Edition for Detroit: Become Human. The game was first published by Sony in 2018 on the PlayStation 4 but was later released on PC.

The Detroit: Become Human Collectors’ Edition is packaged with several physical items for fans of the game. Players will receive a 10.62-inch tall figure of Kara with rotating machine arms, and a glowing LED halo base light. The figure is made of PVC and polymer.

RELATED: Minecraft Marketplace Explored: Way of the Bee, A Way For Players To Feel Like A Bee

The box that the Collectors’ Edition is packaged in is triangular shaped. Players can stand up two sides, giving Kara a lab background. The third piece of the base includes an exclusive holographic Cyberlife card with a code to redeem online. The code includes a Steam code for the full version of the game.

Players will also receive an exclusive collector pin set featuring three of the iconic symbols from the game. The pins are brand new and will only be available as part of the Collector’s Edition.

Those who want to purchase multiple items, including the Collector’s Edition, are asked to place two separate orders on the Quantic Dream website.

The announcement of the Collectors’ Edition was followed by a short overview. The video contains close-up details of all of the physical items included in the box.

Some of the response has been asking why now and not when the game was being launched on PC for the first time. Others have been happy to see physical merchandise at all and are hoping for either a sequel or additional console ports.

Another piece of merchandise that recently caught Detroit: Become Human fan’s attention was the Good Smile Nendoroid of Connor. The figure is still available for pre-order on Quantic Dream’s website. However, the Nendoroid won’t begin shipping until February 2021.

Detroit: Become Human is an adventure game with multiple playable protagonists: Connor, a police investigator, Markus, a caretaker, and Kara, a housekeeper. All three characters have unique goals and objectives, but depending on the player’s actions, they can either survive until the end or cut their stories short. The game combines exploring in third-person, along with making important decisions. The title was Quantum Dream’s most successful launch and exceeded over five million shipments.

Detroit: Become Human is currently available for the PlayStation 4 and PC via Steam and the Epic Games Store.