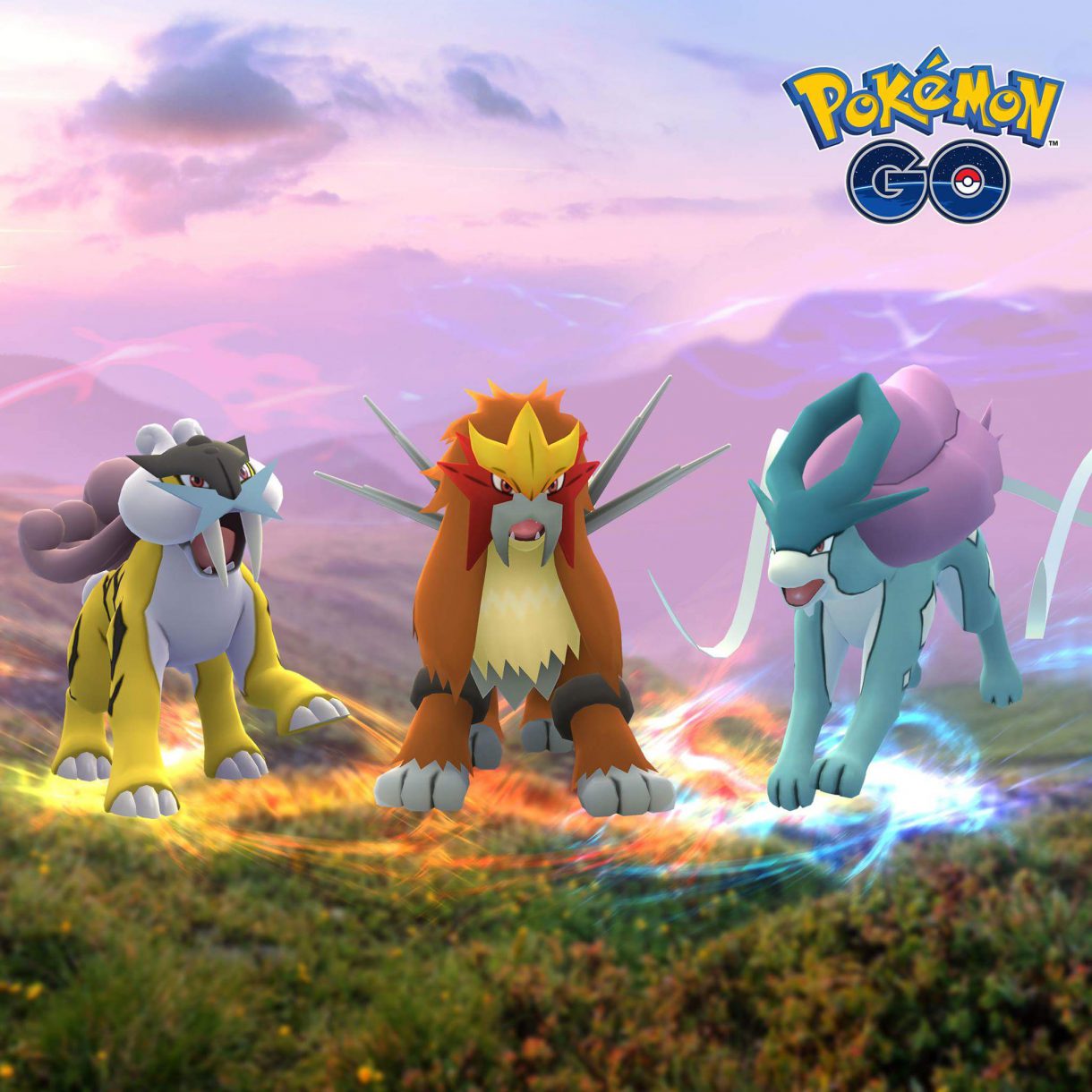 Pokemon Go is doing something different this month as it has released Ultra Bonuses that are set to stay until September 9. This event will include the return of the Legendary Dog Pokemon as well as the release of several new shiny variants. With the community’s eyes set on Gen 5’s eventual release, Niantic is working hard to keep players interested in their game.

There are several events and releases scattered throughout September, so it is sure to be a wonderful month to experience more of the Pokemon world. In case you have not played yet you can download Pokemon Go free on iOS and Android devices. The game can easily be played without every spending any real money on it. If you live in a rural zone this might not be a good game for you but those in more urban settings will find gyms, Pokemon, and communities ready for you to explore.

The three Legendary dogs Entei, Raikou, and Suicune will be making an appearance in Raid Battles. There are other notable Pokemon from the Johto region making an entrance as well including Tyranitar, Ursaring, and Skarmory.

You will also be able to have a chance to encounter and capture shiny forms of Sentry and Gligar in the wild. The Unknown U, L, T, R, and A may hatch from 10km eggs as well so keep walking and hatching those precious Pokemon.

There will be two more waves of Ultra Bonuses this month. From September 9 – 16 players will have a chance to hatch Farfetch’d, Kangaskhan, and Taurus from 7 km eggs. All four forms of the Pokemon Deoxys will appear in Raid Battles as well. This is a good opportunity to help collect more of the legendary Pokemon if you missed them from past events.

Starting on September 16 and running until 23 you will see Klink and Shiny Klink appearing in Raid Battles. Shiny Patrat and Lilipup will be appearing in the wild as well as Mewtwo’s return. This Mewtwo is the one that many trainers seek due to its ability to know Psystrike so keep your eyes out for five-star Raids. If you are lucky, you may have the chance to see a Shiny Mewtwo and add this legendary Pokemon to your shiny collection.

What most fans are excited about this month is the release of the first Gen 5 Pokemon during the week of September 16-23. Fans have been waiting a long time for their release and although they enjoy the many hat-based Pikachus and other Legendary releases they really want to sink their teeth into a new generation of Pokemon.

A new questline will also be starting called A Thousand Year Slumber which will lead you to catch the Mythical Pokemon Jirachi. That is not all that is happening in Pokemon Go as Niantic is bringing a whole new group of Field Research tasks to the game. If you complete enough of them, you may have the chance to encounter a flower-crowned Eevee. This Pokemon has not made a reappearance since the release of Let’s Go, Pikachu and Eevee for the Nintendo Switch so this is a rare opportunity.

Remember, the next Pokemon Go community day will take place on September 15 and will feature the Gen 4 starter Turtwig. It is a great chance to go out and meet other Pokemon enthusiasts, battle them, and maybe even trade Pokemon to increase your collection.